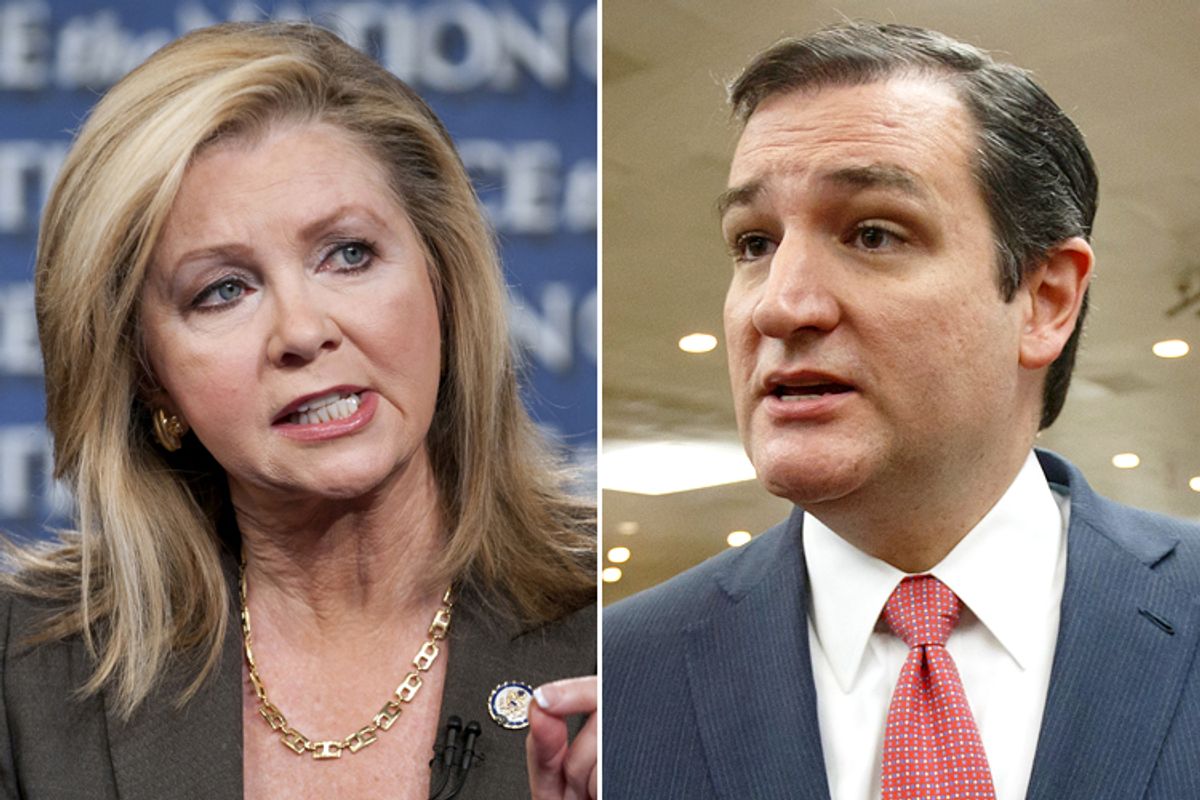 This morning, a slate of health insurance industry executives sat down in front of the House Energy and Commerce subcommittee for oversight and gave their estimates for how many people who signed up for health coverage through the Affordable Care Act actually paid their first month’s premium. This data is key when determining the early success or failure of the ACA – a person who signs up for coverage because he has to, but doesn’t pay for that coverage, can hardly be considered “enrolled.”

Across the board, the health insurance executives testified that the payment rate for premiums was somewhere between 80 and 90 percent, while stressing that these data are preliminary and that outstanding payments are still coming in.

This was a stinging rebuke of the Republicans on the very committee to which the executives were testifying, who had issued a report last week claiming that the premium payment rate was actually 67 percent. That report, which was based on incomplete data and rigged to produce a low number, was met with derision by journalists and observers who saw it as a transparent ploy to create a damaging anti-Obamacare talking point.

Conservative media, however, ate it up. “White House tries spin move on gloomy Obamacare numbers,” said Fox News. “The enrollment totals were bogus and worse than expected,” clucked Townhall’s Guy Benson, who later sneered at the White House’s pushback on the report.

National Review’s Jim Geraghty scoffed at the idea that the House Republicans’ data were inaccurate:

You think all those insurers withheld all the good data? Vox and the administration kept emphasizing that these figures don’t include all the procrastinators who signed up in the final weeks. Okay, but why would those folks be so much more diligent about paying their bills? If they’re procrastinators, isn’t there a good chance they’ll be a little lax about sending out the check to pay the premiums on time?

Don’t expect any sort of corrections or even any acknowledgment that the 67 percent talking point was hogwash. That’s not how the conservative media roll when it comes to Obamacare. Or anything, really.