Super-dopey hack gets journalism wrong: A response to James Oliphant 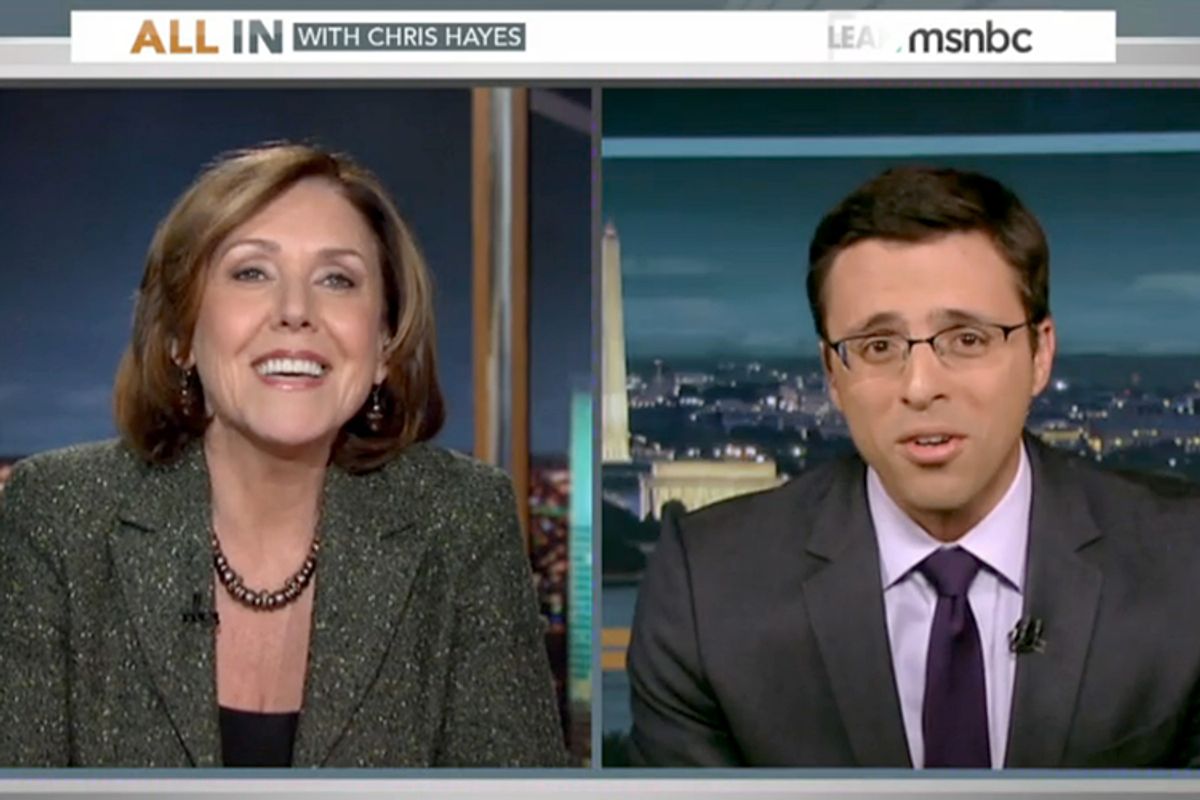 Sometimes a piece of journalism is so silly and substance-free it’s a waste of time to reply. But I need to correct a couple of errors in James Oliphant’s “Progressive bloggers are doing the White House’s job.” It’s been a long time since I’ve seen bloggers used pejoratively, and I’m not sure what makes me a “blogger” and Oliphant something else, but those debates are so very 2005, so we’ll let them be.

The piece ends just as well. Oliphant closes with an anecdote about that time I famously criticized Ezra Klein for his apocalyptic coverage of Healthcare.gov’s early troubles, I guess as an example of a “progressive blogger” delivering a beat-down to an apostate. But since Oliphant spent a lot of time establishing the way the White House has courted the progressive blogosphere with private briefings and other outreach, using Klein as an object lesson – he’s been to the White House 29 times! – his big payoff actually unravels his piece entirely.

For the record, I’ve never been to the White House, never met President Obama or any top White House staff, never attended a “progressive bloggers” briefing with the president or anyone else. (Call me, Valerie Jarrett!) In fact, I’ve never so much as gotten an email from a top White House official. Bill Burton used to send nasty notes about my 2008 coverage (we've since reconciled), but that doesn't count. So the idea that I’m a pro-Obama drone is also kind of funny, but we’ll set that aside for now.

Let's summarize: Klein, who has been assiduously courted by the White House, turned against the administration over the botched web site rollout, while a writer who’s never so much as had an email from a high White House source defended Obama – and was savaged by “bloggers” on both sides of the aisle.

There couldn’t be any principle involved here? Any genuine conviction on one side or the other? Nah, I didn’t think so.

Other than that, the piece is terrific.

I last noticed Oliphant for this masterpiece a few weeks ago, cynically arguing that “Democrats are giving Republicans a run for their money in practicing the politics of grievance.” I wrote about it here (where my editor subtly called Oliphant's piece “dopey” in the headline). To Oliphant, the president’s pushing for a minimum wage hike was merely an example of  "grievance politics" because “it may animate minority voters.” Traditionally low midterm election turnout by the Democratic base, he argued, was driving the party’s leaders to craven extremes:

[It] has forced the party to find reasons for people to come out and vote, and they’ve selected issues that target slices of the electorate. Hence, equal pay, an issue that especially resonates with single women; the minimum wage, which may animate minority voters; and immigration reform, which galvanizes Hispanics.

Thus were genuine public policy positions advanced by Democrats equated with the sideshow of faux-scandal mongering and race baiting that the GOP uses to mobilize its base. I called it another example of lazy, false-equivalence journalism.

This piece tops it.

For the record, I’ve lost friends over my willingness to criticize Barack Obama, going back to the 2008 primary. Only yesterday, the true-blue Obama precincts of Twitter were raging against me as an enemy of the president.

I don’t so much defend the administration as defend the country from Republicans who cynically turned on their own ideas – the individual mandate, cap and trade legislation, immigration reform – once a Democratic president embraced them. I’m almost equally appalled by lazy Beltway wags who can’t see the radicalism of today’s GOP and reduce everything to their own “both sides do it” false equivalence.

In other words, I'm not doing the White House's job. I'm doing my own. It's sad how few journalists bother these days.