The real Benghazi media disaster: Why Jonathan Karl and Lara Logan needed to be checked

Progressive reporters who scrutinized bad reporting weren’t “in the tank” for the White House. They were “correct” 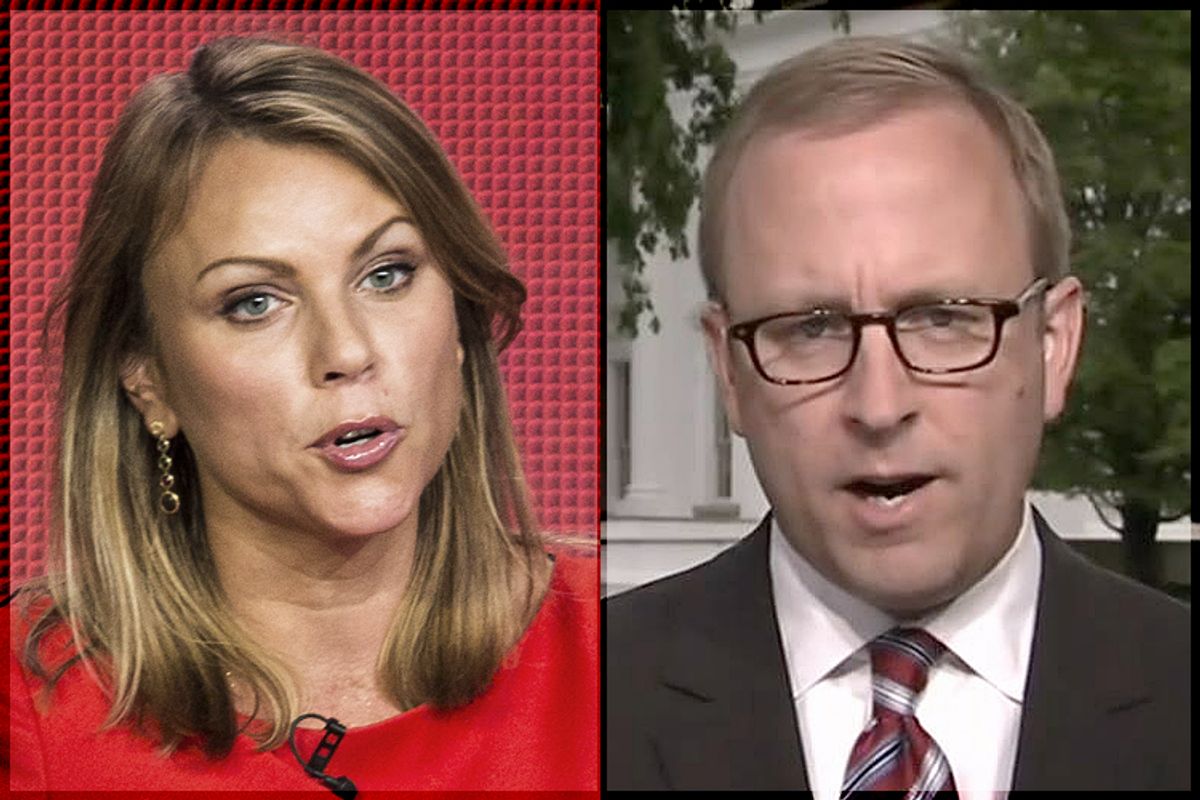 James Oliphant’s piece for the National Journal criticizing the “progressive bloggers” who allegedly carry water for the White House on Benghazi (and other scandals du jour) has already been flensed and picked clean, so there’s not a whole lot more flesh I can strip from it. But what the hell. It’s Friday.

The most economical critique of Oliphant’s story comes from Jonathan Chait, who tweeted the core problem with Oliphant’s thesis:

Oliphant starts from the assumption that the Benghazi scandal hunt is self-evidently legitimate, and the liberal bloggers who disagree must be in the tank for the administration. His lede holds up ABC’s Jonathan Karl for putting pressure on Jay Carney “over an email outlining administration talking points in the wake of the 2012 Benghazi attack.” That email, excitedly hyped by conservatives and the proximate cause behind the formation of the House select committee on Benghazi, isn’t actually that big a deal, Carney’s poor job of responding to it notwithstanding. (Sorry, Jay. Hope we’re still bros.*)

But let’s talk about Jonathan Karl for a moment, as he offers a fine example of just how off-base Oliphant’s critique is. If you’re looking for an example of how the Benghazi story has been corrupted by reporters swallowing partisan spin, Karl is a case study unto himself.

Last year, Karl had his own “bombshell” exclusive claiming he had obtained emails indicating that the White House intervened in the editing of Benghazi talking points to help the State Department dodge political attacks from the GOP. It was HUGE NEWS and all the people who’d been shouting “cover-up!” shouted it a little louder. Almost immediately, however, Karl’s story began falling apart.

When Karl said he’d “obtained” those emails, what he meant was that he’d had summaries of the emails read to him by an anonymous Congressional source – almost certainly a Republican staffer on Capitol Hill. He hadn’t actually seen the emails he based his report on; he took the word of partisan actors who wouldn’t show him the actual documents. After a few days of hunkering down and defending the story, Karl finally expressed “regret” over his garbage reporting.

And while we’re talking about bad reporting based on false Republican messaging, let’s recall the new bit of information we learned this week about Lara Logan’s disastrously inaccurate 60 Minutes report on Benghazi. Logan claimed in her story that Al Qaeda was responsible for the attack – a disputed allegation that she did not source. It turns out that, according to New York magazine, Logan met with longtime Benghazi antagonist Sen. Lindsey Graham several times while researching her story, and Graham told her “it was ‘a fair thing to say’ that there was a ‘build-up of Al Qaeda types’” in Benghazi.

Much of the pushback to Karl’s and Logan’s stories came from progressive reporters and media outlets who were completely justified in being skeptical of their bad reporting. They weren’t so much “in the tank” for the White House as they were “correct.”

When it comes to Benghazi spin, the problem isn’t “progressive bloggers,” it’s legacy media types who eagerly swallow Republican nonsense and can’t be bothered to get their facts straight.

*This is a joke. Jay Carney and I have never met and are not “bros” in any meaningful sense of the word.