Why did HGTV try to give anti-gay activists a show?

The network quickly withdraws "Flip It Forward," but how did this happen in the first place? 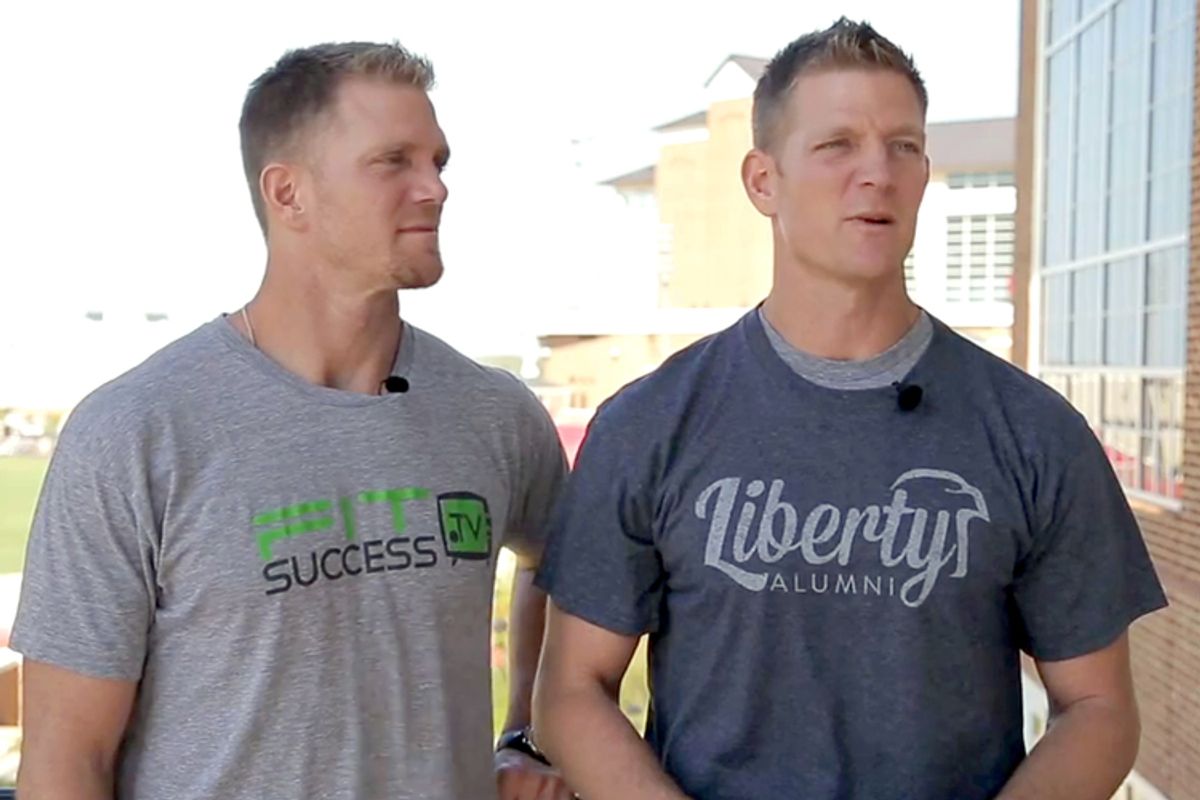 Everybody knows that TV is no place for bigots, right? Guess that's why this week, HGTV abruptly announced that it would not be producing a new show called "Flip It Forward" after its stars, twin brothers David and Jason Benham, were revealed to have a history of strongly anti-gay sentiments.

The concept of the Benham brothers show had been to display how the two "leverage their good-natured sibling rivalry to help families find a fixer-upper and transform it into the dream home they never thought they could afford." But the boys are the sons of Flip Benham, an evangelist who in 2012 called an interfaith memorial service for the victims of Sandy Hook "an affront to Almighty God," and who has been convicted of stalking abortion doctors. The sons seem to have picked up a few of their dad's values – two years ago, David led a prayer rally in which he declared, "We don’t realize that, okay, if 87 percent of Americans are Christians and yet we have abortion on demand; we have no-fault divorce; we have pornography and perversion; we have a homosexuality and its agenda that is attacking the nation; we have adultery; we have all of the things; we even have allowed demonic ideologies to take our universities and our public school systems while the church sits silent and just builds big churches." He has explained his opposition to marriage equality by noting, "If evil is being accepted and appreciated at the national level, aggressive Christian men must lead the charge against it. In the 1940's, England realized this truth with Neville Chamberlain's policy of appeasement and the Nazi regime." And in a 2012 Christian Post Op-Ed, he said, "Homosexual sin is covered by the blood of Jesus the same way stealing is. The only difference today is that homosexual sin carries with it an agenda, other sins do not. Homosexuality demands acceptance, and the blood of Jesus cannot forgive sins that are no longer sins. The blood of Jesus cleanses sin."

Funnily enough, once Right Wing Watch pointed out the Benham family history of controversial statements, the network got remarkably cold feet, sending out a terse tweet that "HGTV has decided not to move forward with the Benham Brothers' series." In a video they released Thursday, the brothers responded, "We're going to keep doing what we're doing" and finish the projects for the families they've been working with. "We love people," they declared. We love everyone… Let's love others." And in a written statement, they added, "Anyone who suggests that we hate homosexuals or people of other faiths is either misinformed or lying…. With all of the grotesque things that can be seen and heard on television today you would think there would be room for two twin brothers who are faithful to our families, committed to biblical principles, and dedicated professionals. If our faith costs us a television show then so be it."

Is it possible the network didn't know the brothers' views beforehand? I guess the question then is, does no one at HGTV know how to Google? Had no one read the men's own Bible quotes-strewn Web page? Or, more cynically, did they just not care? After all, when "Duck Dynasty's" Phil Robertson compared homosexual behavior to bestiality in a GQ interview last year, the outcry was strong but the repercussions were not. When last summer's members of the cast of "Big Brother" began spouting wildly racist, homophobic and sexist comments, the network issued a statement that "The houseguests reveal prejudices and other beliefs that we do not condone" and then pretty much moved on. This winter, "The Bachelor" star Juan Pablo Galavis said he would not approve of a gay or bisexual Bachelor because that would "not be a good example" and that gays are "more pervert" -- and had the ladies fighting over him anyway. And this week, after a video of Real Housewife Porsha Williams preaching about "saving" homosexuals surfaced, she sent out an apology but the network didn't even appear to comment on it. Jason Benham says the network knew of "the footage where my brother was saying the things he was saying" a year and a half ago, and "made a judgment call."

In short, it seems you can be plenty offensive and stay on TV as long as your show's a hit. But thanks to social media, it may be becoming a little harder to be offensive and actually get on TV in the first place. I guess we'll call that progress. But David Benham doesn't quite see it that way. He told CNN Thursday, "Never have I ever spoken against homosexuals, as individuals, and gone against them. I speak about an agenda. And that's really what the point of this is -- is that there is an agenda that is seeking to silence the voices of men and women of faith."