You're not "entitled" to anything, Donald Sterling

The embattled owner asks for more than forgiveness 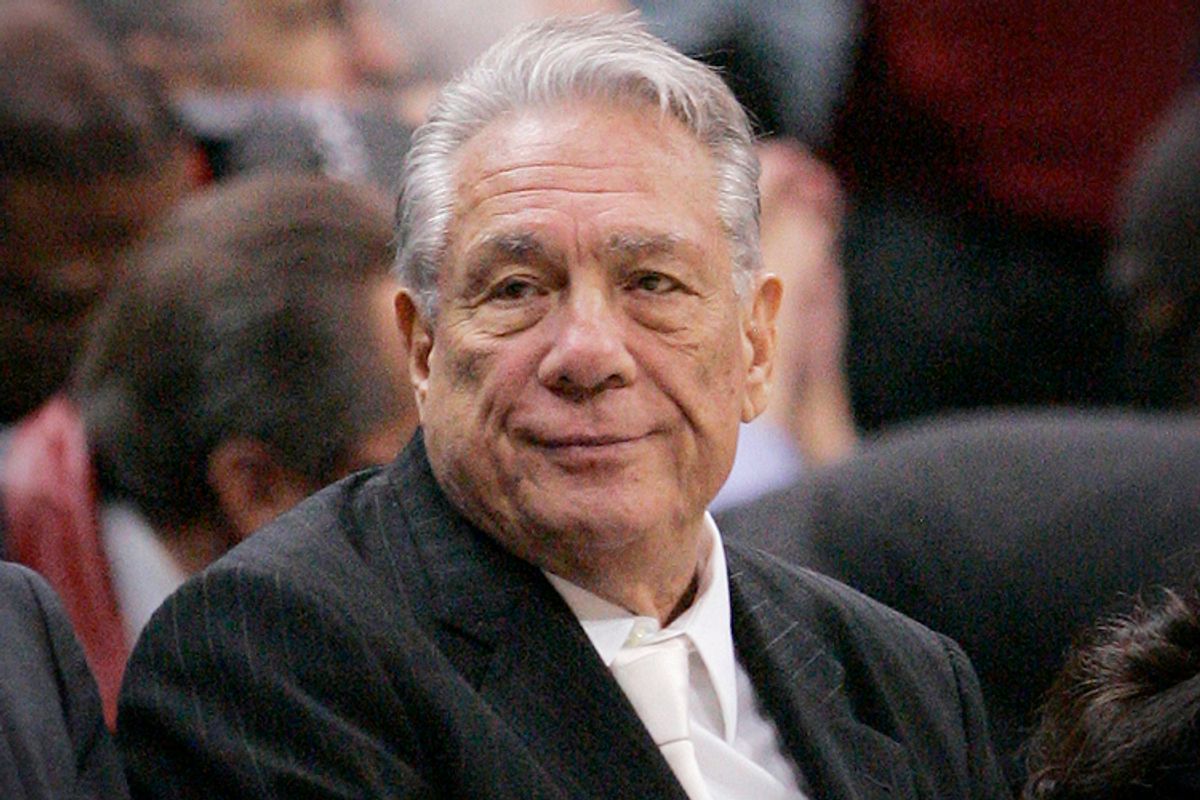 In a Monday interview for "Anderson Cooper 360," the recently banned for life former owner of the Los Angeles Clippers tried to explain his racist comments with a question. "Am I entitled to one mistake, am I after 35 years?" he asked. "I love my league, I love my partners. Am I entitled to one mistake? It’s a terrible mistake, and I’ll never do it again." Thanks, but as the kids at Princeton like to say, check your privilege, Donald Sterling.

Sterling further says that he was "baited" into making the notorious comments chiding girlfriend V. Stiviano to not "broadcast that you’re associating with black people" and "not to bring them to my games." "I don’t know why the girl had me say those things," he claims. "I’m not a racist and I’ve never been a racist. It’s not me." Don't you just hate when girls make you demand they not be photographed with black people?

Sterling's victim routine is implausible enough, but it's his deployment of words like "one mistake" and "entitled" that can really set your teeth on edge. Is this coming from the "most despised owner" in sports, the man whose team has been called "the punchline of any NBA joke," and whose history had already earned him adjectives like "sordid" and "horrible" a full five years ago? The man who's been sued for age discrimination? Who's been sued for sexual harassment? The one who in 2009 settled a suit alleging racial discrimination in his housing properties for $2.76-million and in 2003 paid "almost $5 million in attorney’s fees to the plaintiffs" of a Housing Rights Center suit? I'd say this is a guy who has a very fuzzy definition of the number one.

For Sterling to "ask for forgiveness" and say, "I'm wrong. I caused the problem," is laudable. But for him to moan about what he's "entitled" to or to laughably claim he's only made "one mistake" in his professional career is flat out delusional. And you don't say you're sorry by demanding to know what you can get out of the deal.