Can a court stop a circumcision?

A legal battle over the right to circumcise a preschooler 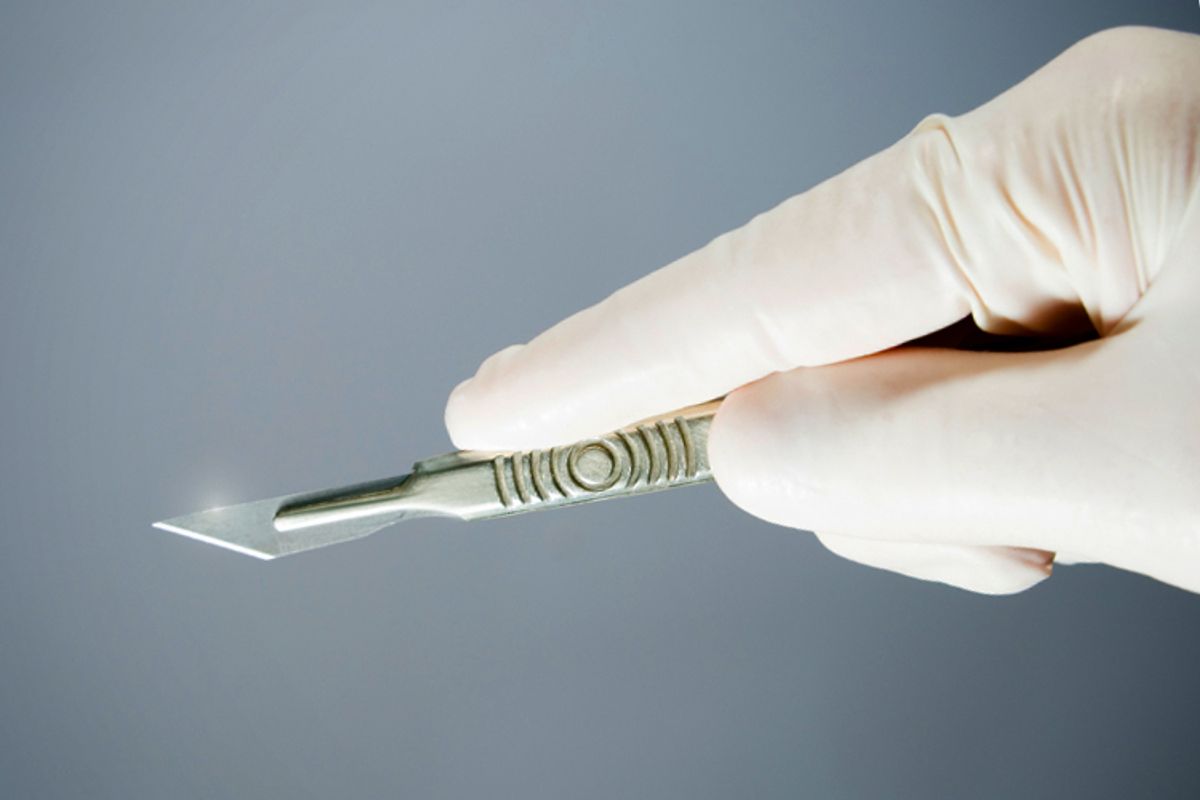 When Florida residents Heather Hironimus and Dennis Nebus broke up in 2011, they drew up a parenting agreement over how to raise their then one year-old son Chase. It included the stipulation that Nebus "would be responsible for scheduling and paying for the boy's circumcision," and the document was entered into court record in January of 2012. But two years later, Nebus' procrastination has now become the source of a legal fight, because the boy's mother has changed her mind about the procedure. In court papers, she objects because she now says it is "not medically necessary and she did not want to have the parties' son undergo requisite general anesthesia for fear of death."

On Friday, the issue seemed closed when Palm Beach County Circuit Judge Jeffrey Dana Gillen issued a court order allowing for procedure and stating that Hironimus "shall not in any way lead [Chase] to believe that she is or was opposed to his being circumcised, whether or not she accompanies [Chase] to the procedure." But after an appeal, on Wednesday a higher court ordered a stay. In the meantime, Hironimus has started a fundraising page to "save my son from circumcision."

A family's choice to circumcise or not to can be contentious. There are religious imperatives, and conflicting ideals about the potential risks and benefits.  Though rates have declined steadily in the past three decades, it still ranks as one of the most common surgical procedures. The world Health Organization supports it for reducing "the risk of heterosexually acquired HIV infection in men by approximately 60%," and the American Academy of Pediatrics  says that "the health benefits of newborn male circumcision outweigh the risks of the procedure, but the benefits are not great enough to recommend routine circumcision for all newborn boys."

Unless there's other backstory not included in the news reports, Hironimus' "fear of death" is likely exaggerated, and the language and "saving" a child from circumcision ignores the simple fact that millions of families would disagree that it's something they need "saving" from. It also neglects to mention this is something she herself, not "the system," agreed to two years ago -- which makes her current argument to a local news station that she's "emotionally wrecked" over the issue an unusual reversal.

Ultimately, though, it seems pretty obvious that what we have here is a mother who feels strongly that her son should not be circumcised, and a father whose commitment to having his son undergo the procedure was so casual he put it off until the kid was almost four years old. Yes, a contract was signed. But were it a true priority the circumcision would have been done a long time ago. And at a certain point, it's fair to reassess and understand that a preschooler is not a baby, and that compassionate parenting means erring on the side of being as minimally invasive as possible. That's not "saving," that just seems common sense.