Kickstarting the city: Can crowd-funding save our neighborhoods?

New tools are emerging to help communities plan underfunded projects and ward off gentrification. But do they work? 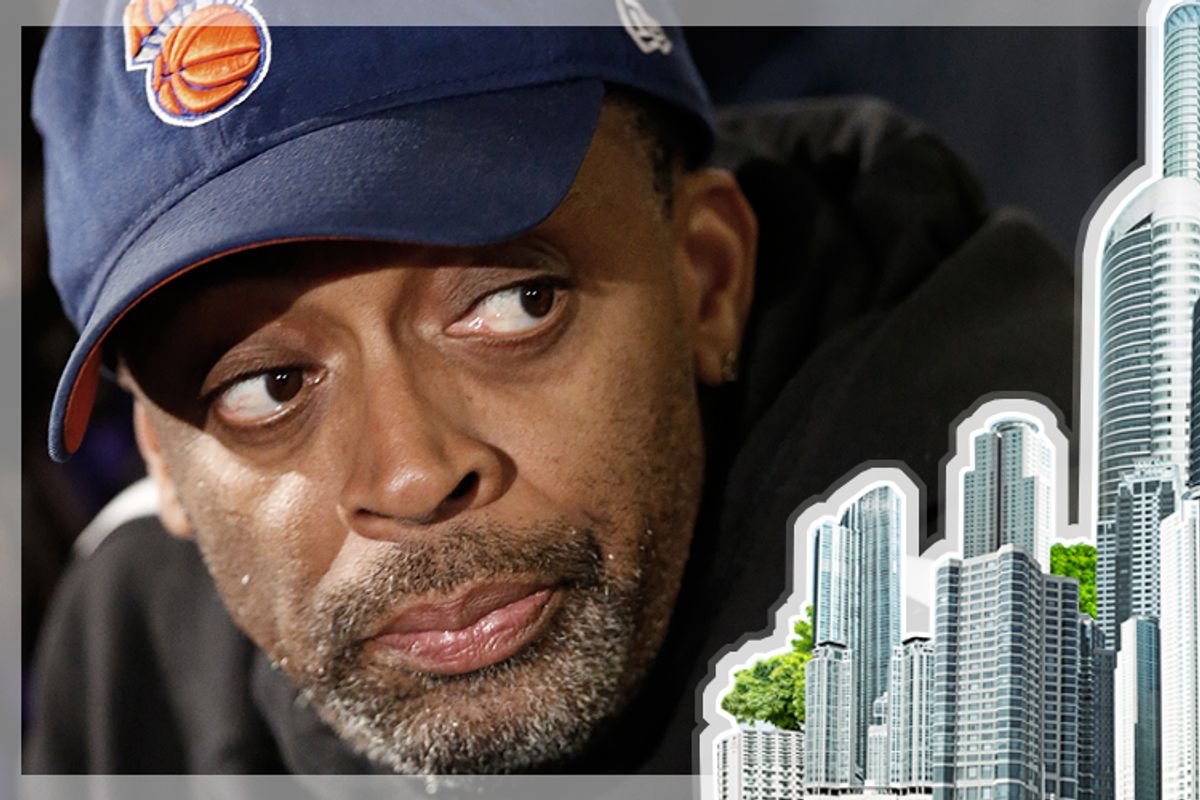 A biking and walking trail in Memphis. An 8th-grade library at a charter school in Berkeley, California. A sculptural installation in London. What do these public improvements have in common? Over the first four months of 2014, each has raised the money it needed — between $5,000 and $240,000 — by crowd-funding.

In doing so, they become the latest examples of a burgeoning (and largely unexamined) phenomenon: the crowd-funded city. They join recent projects like the Lowline and Plus Pool, both in New York, both on Kickstarter, both with more than $150,000 in financial support from thousands of individuals. But they also belong to a longer history of community-funded urban projects, including parks, neighborhood facilities and even the Statue of Liberty.

"If ‘Civic' were a separate category, it would be Kickstarter’s most successful category,” writes Rodrigo Davies, a graduate of MIT’s Department of Comparative Media Studies, who has compiled five years of crowd-funding data in his thesis, “Civic Crowdfunding: Participatory Communities, Entrepreneurs and the Political Economy of Place.”

And it’s not just Kickstarter: A number of platforms -- such as Spacehive, IOBY, Neighbor.ly  and CitizInvestor -- are devoted exclusively to public initiatives. Projects that would once have required cash from grants, political allocations or a single interested philanthropist are turning to the power, and the wallets, of the community.

On the one hand, civic projects and crowd-funding seem like a natural match. When Davies notes the “success” of civic projects, he is referring to the rate at which such initiatives meet their funding goals. It’s higher than 80 percent. For all the ways in which the Internet has expanded the prospects of community funding, the ties of real-life communities give civic projects an immediate advantage. Neighborhoods are the original social networks.

In fact, as Davies shows, the history of crowd-funding is closely tied to civic projects. Benjamin Franklin is credited with inventing the “matching funds” idea to raise money for the Pennsylvania Hospital. In the early 19th century, English park builders raised the equivalent of hundreds of thousands of dollars for “public subscription parks.” The stone base for the Statue of Liberty was built from $2.3 million (in today’s dollars) from 160,000 donors, raised by Joseph Pulitzer’s New York World newspaper. Obvious, public benefits — but few clear profits that might otherwise invite traditional investors — make these projects ripe for the support of the masses.

But for the same reasons, crowd-funding civic improvements can be a challenge. It’s harder to offer “rewards” (let alone an equity stake) when you’re planting a tree, installing a bicycle rack, or sponsoring a free adult education class. And while the knowledge needed to run an effective online campaign may be common among artists and designers (perhaps a requirement of being an independent creative in the 21st century), community advocates may find themselves in less familiar territory.

Here are the numbers in Davies’ findings: With roughly $11 million raised from more than 110,000 donors, the civic projects he studied make up a tiny portion of the crowd-funding economy, which has been valued at over a billion dollars. But most civic projects that seek crowd-funding are small. Nearly 50 percent of the projects in Davies’ thesis, taken from civic platforms as well as sites like Kickstarter, Catarse and Goteo, asked for between $1,000 and $10,000. Another 30 percent of projects requested less than $1,000.

There emerges, in the research, what Davies calls a “typical” crowd-funding project: “a small-scale garden or park project in a large city,” with a funding goal around $8,000 (the median project size). Nearly 30 percent of civic crowd-funding initiatives are for green space. A second trend is that funding tilts toward temporary projects. Food, training, media and events make up nearly 40 percent of the projects studied.

All this raises questions about what crowd-funding is capable of accomplishing in the city. “The kind of projects that people are funding overwhelmingly are green space projects, parks and gardens, and there are plenty of reasons why that might be the case,” said Davies when I spoke with him on Wednesday. “But another slice of that is that they’re very uncontroversial. We can crowd-fund something that everybody likes. But what if it’s a rehab clinic? Is that suitable for crowd-funding? I’m not so sure.”

That concern becomes more pronounced if you begin to think of crowd-funding as a response to public disinvestment, part of a series of tools (like the Business Improvement District) that delegate spending and decision-making to the local level. What kinds of improvements are favored by such a change? What kind of neighborhoods stand to take advantage? Who benefits when the bill for otherwise routine public school maintenance is handed to the “crowd," as may happen in Hawaii, the first U.S. state to propose legislation on civic crowd-funding?

Then there’s the fluctuating relationship between crowd-funding and business, on full display in the Oculus Rift controversy. Often, communities rally on behalf of business resources, to save a local pub or recruit a supermarket. Can crowd-funding be effectively deployed in situations where profit, loss and risk complicate a simple give-and-take rewards scheme?

That’s one of the goals of Fundrise, a Washington, D.C.-based start-up in crowd-funded real estate. Its current projects have raised more than $10 million in investments for developments in Philadelphia; Austin, Texas; Brooklyn, New York; and San Francisco. The idea is to give community members more agency in real estate projects, particularly in booming neighborhoods like D.C.’s H Street, where Fundrise’s first deal raised $325,000 from 175 different sources. But some observers feel the model is not well-designed for investors.

Davies points to three projects that, he says, represent the “edge cases” of crowd-funding. One is Kansas City’s B-Cycle campaign, a grass-roots bike-share initiative that excelled in leveraging institutional money toward its goals. Another is the Glyncoch Community Center, in Wales, where local investment succeeded in filling a public funding gap. A third is Sao Paulo’s Pimp My Carroça public art project, which has since spread to other Brazilian cities – a replicable crowd-funded improvement.

Together, they indicate an expanding horizon of what crowd-funding makes possible in the city – and why it’s important. Davies had not found a civic crowd-funding project in the last five years that had raised more than $500,000 without institutional contributions. Does that mean that the people alone are insufficiently organized to build a brick-and-mortar improvement like a public library? Or that the platforms haven’t obtained the legal and financial authority to handle projects of that size? Perhaps, Davies suggests, it indicates that communities are merely the first step in building big – that they publicize a need and attract the attention of more powerful funding organizations.

Is civic crowd-funding a kind of financially fueled activism, dependent on institutional partnerships and recognition? Or will it develop sufficient economic horsepower to displace the traditional power structure of the city?