The critics ripped a "dumpy" young star, but the tone they set was bad for everybody 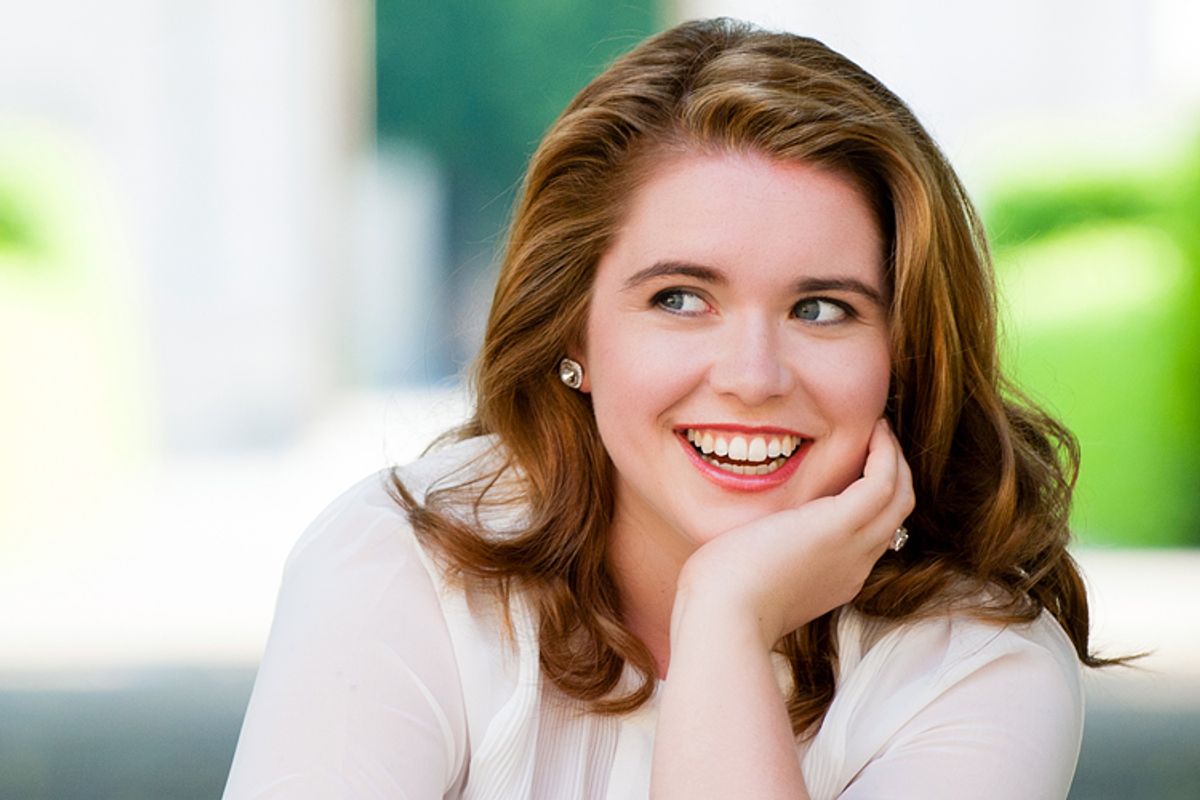 It's not just about the sexism – but don't worry, I'll give you a little angry feminist ranting about that too. And this is more than about body shaming, though there's plenty of that in the tale as well. But mostly, this is about arrogance and snark, and what that does to artists -- and the aspiring artists watching them.

Tara Erraught is a young Irish mezzo-soprano. Over the weekend, she made her debut as Octavian in the Glyndebourne production of Strauss’ gender-bending comic opera "Der Rosenkavalier." This was viewed immediately by a bunch of male British critics as an occasion to comment on Erraught's appearance. Writing in the Guardian, Andrew Clements marveled that "It's hard to imagine this stocky Octavian as this willowy women's plausible lover." Sure, because who ever heard of a willowy woman going for a man with a different body type in popular culture? In the Independent, Michael Church said she had "the demeanor of a scullery maid," while in the Telegraph, Rupert Christiansen not only called Erraught "dumpy of stature" but added that her costar Kate Royal has "recently sounded short of her best and stressed by motherhood." Well, who knew the scientific link between motherhood and singing ability? And in the Financial Times, Andrew Clark casually mentioned that her part was "gloriously sung" but focused more on what a "chubby bundle of puppy-fat" the singer appears to him.

Fortunately, this across the board display of dismissive and point-missing criticism did not go unnoticed. Anastasia Tsioulcas a former editor for Gramophone Magazine, quickly acknowledged for NPR that "Yes, visuals matter — even more now, in the age of live broadcasts," but added that "these critics have seized this as license to forget why anybody shows up at an opera house to begin with." Activist Katie Lowe noted in the Guardian that "The supposedly authoritative, mostly male reviewers chose to make a female body a problem – a female body, one might note, that is not non-normative, but simply not thin and statuesque, propagating the old-fashioned, narrow-minded ideal of the room women should inhabit." Mezzo-soprano Alice Coote, who recently played Octavian at the Metropolitan Opera, meanwhile wrote a blistering open letter in response, stating, "It is ALL about the human voice. This is the Olympics of the human larynx attached to a heart and mind that wants to communicate to other hearts and minds. It is something that is done without amplification and without barriers ... It is one human singing to another ... If young singers are pressurized into accepting a bigger emphasis on physical shape over sound and this becomes any more pressured onto them than it already is today ... then we are robbing ourselves of the great singers of the future. We are robbing ourselves of the singers that will hit our solar plexus. And we are robbing our entire human culture of the HUMAN VOICE." But lest you think only women have a problem with the "She's too dumpy" criticism, tenor Gwyn Hughes Jones posted a message on Facebook Tuesday that "It is not a gender issue. No one, male or female, should have to experience such blatant disrespect. That such a situation exists at all is utterly unacceptable. The peddling of the 'Ken & Barbie agenda' to the profession and to the public has done an unbelievable amount of damage to the art form, to the importance and relevance of genuinely outstanding singing in the business and to the vocal tradition as a whole. Important artists have been and are being marginalized because they do not conform to the aesthetic agenda the industry would have championed."

When I spoke Wednesday with an acclaimed soprano friend who's traveled the world performing a variety of famous roles, she observed, "I am lucky enough to have a vocal type that meshes well with my body type. I sing bigger-than-life roles with big emotional heft, and so my 6'1" height and my --shall we say curvy? Voluptuous? Generous? physique don't seem to attract attention much from the critics." But she added, thoughtfully, "I have nothing against (respectful) constructive criticism of a production, or differing opinions about the ideal physique for a role, [but this is] just another example of the whole art form being reduced to a level of discussion that is childish, uneducated, narrow, and counterproductive to artistic expression. Most of what makes an artist worthwhile is the vulnerability we have to our audience, the risk we take to be as truthful, open and exposed as possible for the sake of our storytelling. When someone goes out onstage, sings and acts their butts off, and all the critics have to say are adolescent remarks about her size, it begs the question: why are we doing this, again?"

It's her query that really gets me about all of this. You bet that this is about a bunch of men deciding that a female performer did not meet their aesthetic expectations, and yeah, that's what sexism and sizeism look like, all over. But it's also about the absurd laziness on rampant display at the top newspapers in a major world city for the arts. It's about the fact that these critics barely could bother themselves to construct any substantial ideas about Erraught's performance because they were too busy amusing themselves with references to puppy fat. This is what an artist gets for putting herself out there, for being, as my friend says, open and exposed and vulnerable. And that's at the professional critic level – let's not even bother addressing what happens when a person treads into the peanut gallery of social media. You pour your soul into your work and you get back a chorus of negative comments about the easiest to observe, most superficial aspects of yourself – from people who were paid to write them. Why are we doing this, again? And what's the difference between a London opera critic and a random YouTube troll anymore?

It's not that we live in a magic bubble in which physical appearance isn't going to be noticed, but when it's treated as the sole standard for judging a voice or a performance or a work of art or literature, that's bad for everybody. That's particularly bad for women and especially women who are not "willowy," but it's ominous for anyone who ever hopes that his or her work can be judged with any kind of thought whatsoever. Because you can't understand what an artist is doing if you're tone-deaf about what really matters.

UPDATE: Michael Church's quote from the Independent has been corrected.