Stephen Trask opens up about his Tony-nominated hit, his days as a barista, and the "Clueless" musical that wasn't 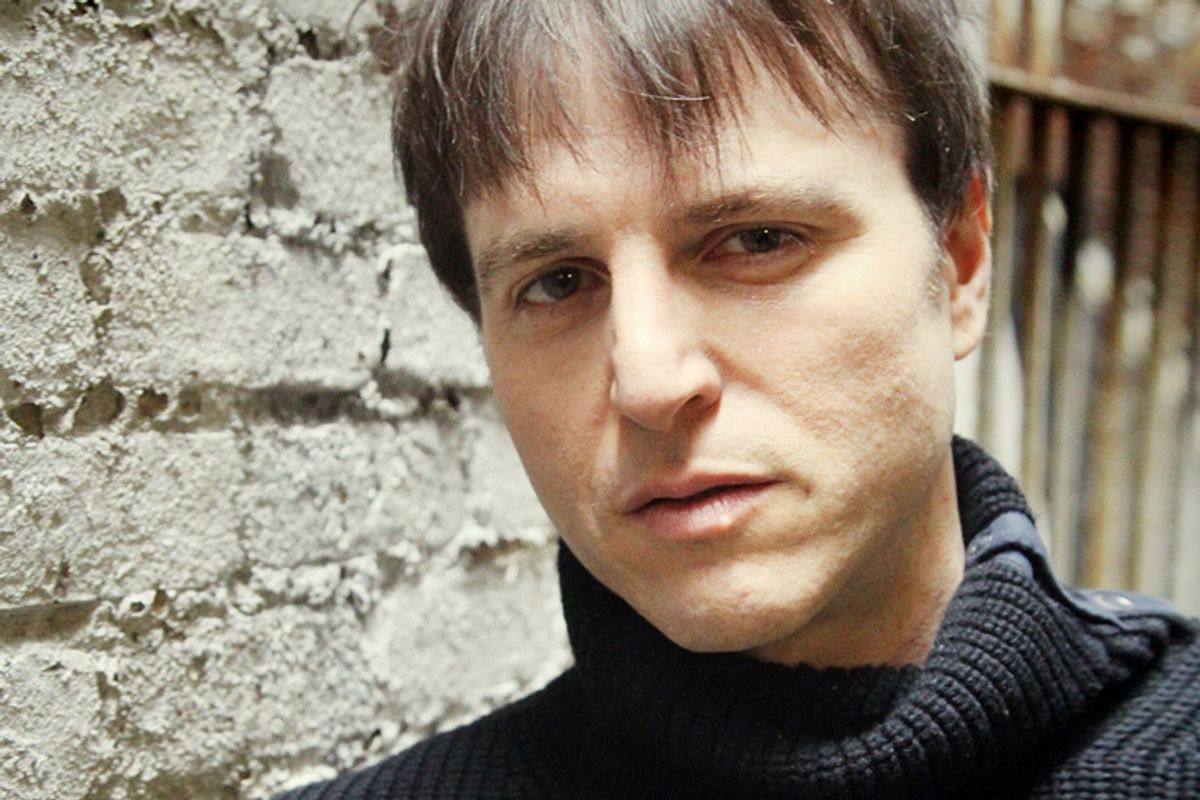 Twenty years ago this summer, New York City got a new diva. She was a blonde East German would-be rock star, a divorced army wife -- and a survivor of a botched sex-change operation. And it didn't take long after the tough, down-on-her-luck persona of Hedwig first took the stage at a club called Squeezebox for writer/performer John Cameron Mitchell and composer Stephen Trask to create a trailblazing musical based on her life -- and for her to emerge as a cult icon. Though it was far from an instant hit, "Hedwig and the Angry" eventually became a downtown theater sensation and an acclaimed 2001 film, and its bold mix of rock and roll and unconventional themes helped move American musical theater in an expansive and truly exciting new direction.

Yet as beloved as "Hedwig" has been, it's also long held on to a certain cherished outsider status. If you watch the story of the show's development on the DVD of the film version, you can't help noticing how many of its creators and fans position it in contrast to the Broadway fare uptown. But that all changed this year, when Neil Patrick Harris stepped into Hedwig's high heels, and the show became an instant blockbuster and garnered a heady eight Tony nominations. Salon recently spoke to the show's composer Stephen Trask about the classic he created -- and the other musicals that never were.

Tell us a little about where you were when Hedwig first came about.

I felt like John [Cameron Mitchell] and I were both at that time in the same spot. John was a 30 year-old actor and still being sent out on jobs to play 15 year-olds. I spent my 31st birthday asking people if they wanted cinnamon or cocoa on their cappuccinos. And then when we were going to do Hedwig, I told myself something needed to break or I was going to do something else with my life. I had a deadline -- and I just squeaked by.

We did not know this was going to be this successful. But we all knew this was a once-in-a-lifetime thing that doesn't happen every day. We'd finish workdays and nobody would want to say goodbye, so we'd go have dinner together. We knew -- this is real and it's deep and we'll all probably never have something quite like this again. We didn't know how people would respond to it, and when we opened at the Jane Street, we were doing so badly. But someone said to me on opening night, "Even if this closes next week, which it might, it will go down in theater history."

After the original off-Broadway success of Hedwig, you didn't go the conventional musical theater path.

After Hedwig, I did get offered a couple of things I turned down, much to my manager's chagrin. I briefly worked on some things and walked away from them, like a musical about Harvey Milk, and I was pursuing movie scores. I did write multiple drafts with many partners on a musical based on "Clueless." I did that for four years. I wrote music for a musical based on "Romy and Michele's High School Reunion." I was doing a musical based on "The Blue Angel." I've written so many songs and worked so hard on adapting things. I've written like 80 songs in the last fourteen years. I've made movies and written and recorded for orchestras and have been producing records for bands. But if you write a song that’s supposed to go in Act 2 of a "Clueless" musical and it's built around that -- it doesn’t matter how fun and sing-able it is. Cher's night out with the Rat Pack guy, or my song about how Romy and Michele realize their lives suck, once you don't have the musical, it makes no sense at all.

Hedwig's never been off the radar since its inception, but how did the revival come about? It's interesting to see how this show that seemed at first like the opposite of a Broadway show is now a huge Broadway show.

Not that we hadn't talked about it beforehand, but this current team of producer David Binder, John and I started the discussions in earnest in 2007. We waited for people who are passionate. It was all a seven-year process, with two of those years just waiting for Neil to be done with his TV show. We had theater offers going back years ago. We knew we were going to get on the stage. Our opening night sold out in like an hour -- we were a hit before we opened, just based on the core audience. And when we got eight Tony nominations, the head of the Schubert organization was like, "You're the show right now."

That move from Jane Street to Broadway represents something very different for a show like this. What do you think has changed since it originally opened?

We've been building momentum over years, with the movie and with smaller productions. It's like a band that toured for fourteen years. Slowly the rock kids who didn't like theater found it and the theater people who didn't like rock found it and then a core grew. You'll hear theatricality in a Pink song, or a B52s or David Bowie one, and our show is very much of that flavor.

I think people are ready for this story. The vice president will talk about transgender people in the military now. You have Neil Patrick Harris on "Good Morning America," and they're asking him, "Have your kids seen you do the show?" And he says, "My husband brought me down to the theater so they've seen me dress up in the drag," and the interviewer says, "How wonderful." Every single thing about that would have been impossible fourteen years ago.

For those of us who saw the original production, how have you made the show different now, aside from the "Hurt Locker" references?

In some ways the arrangements are more punk than they used to be. There was also the opportunity to bring the Yitzhak [In the show, Hedwig's Croatian "Man Friday… through Thursday" and a former drag queen known as Krystal Nacht] story out a little. One of the things that’s really sad about Yitzhak is that Hedwig has an identity crisis from start to finish, but Yitzhak actually knows who he is and is trapped because of his relationship with Hedwig into being this rough roadie type. That's not who he is, and Hedwig's resentments get turned into Yitzhak's punishment.

You and John Cameron Mitchell are working on a Hedwig sequel now. Without giving much away, what you can tell us? I worry about her.

We find Hedwig back in Junction City. It’s a really weird story and it's really beautifully written.

What do you think is deep fascination with this show and this character? Most of us aren't trans rockers from Berlin. But a lot of us look at her and think, "Oh, yeah, that's my story."

When John first talked to me, this was about a rock singer who is looking over his loves. [That character would become the story's Tommy Gnosis.] Once we created Hedwig we thought she was a side character, and then when she took over we started putting our own autobiographies into her. We invested her with our own feelings and emotions. And we created a very real person from a very improbable person.

I think when you can identify with someone who's really far away from you are and realize you're actually a part of the same thing, it deepens your humanity. The song "Tear Me Down" is, "I'm a total outsider -- love me. Fuck you. Love me?" And people really love her.