Can I go ahead and scream yet? It's time for America to admit what it's long resisted: White male privilege kills 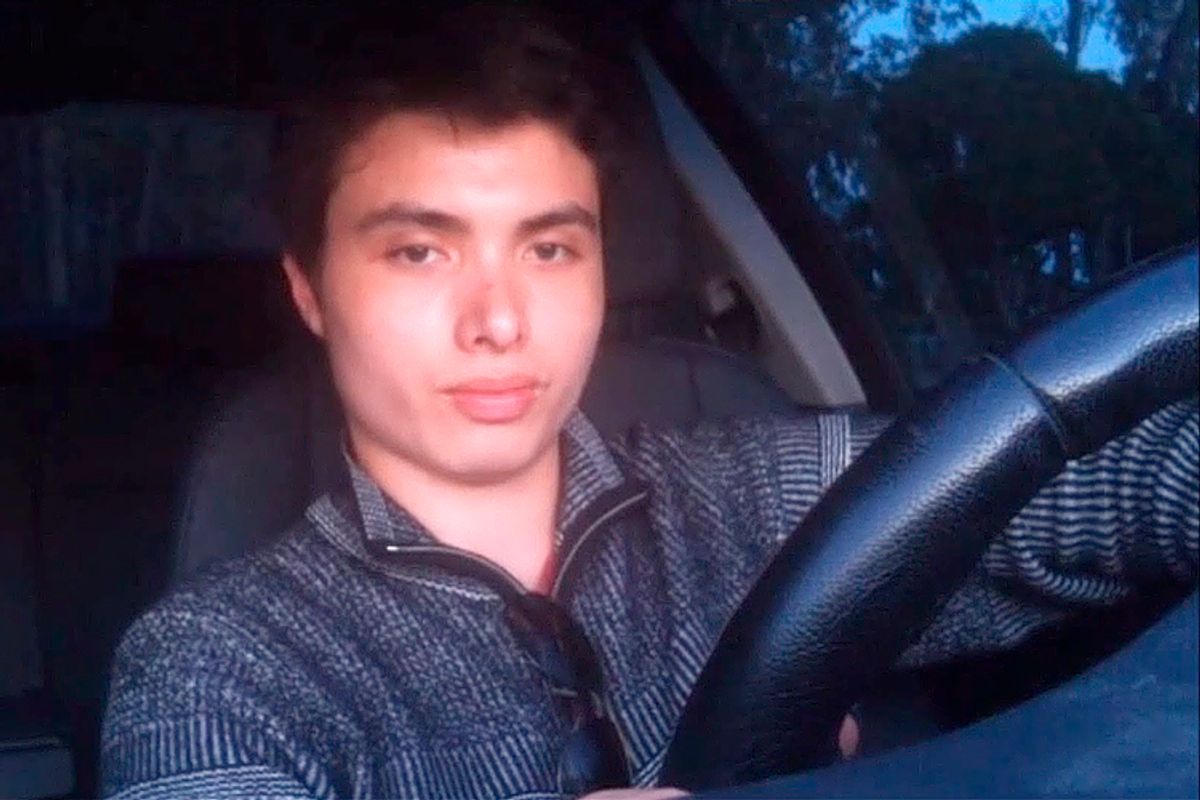 Welp. Another young white guy has decided that his disillusionment with his life should become somebody else’s problem. On Saturday, 22-year-old Elliot Rodger (who, as many commenters have pointed out, had a white father and mother of Asian descent) went on a killing spree on the campus of University of California, Santa Barbara, murdering his three roommates, shooting women outside a sorority house, and hitting people with his car as he attempted to get away from police.

How many times must troubled young white men engage in these terroristic acts that make public space unsafe for everyone before we admit that white male privilege kills? While Mark Cuban is busy crossing the street at any sign of a black male in a hoodie, or clutching his wallet a bit tighter at the sign of a tatted-up white guy, he may find a bullet whizzing by his head from a young, clean-cut white man, child of a Hollywood film director, upset that he does not have a certain level of clout and status with the ladies.

The idea that it is young black men or working-class white men (which is partially what I think Cuban’s invocation of tattoos attempts to encode) who make public space dangerous is belied by the fact that the problems of urban violence, which disproportionately involve young men of color, largely happen on residential terrain. Black men are not rolling onto college campuses and into movie theaters on a regular basis to shoot large numbers of people. Usually, the young men who do that are white, male, heterosexual and middle-class.

And make no mistake: From my standpoint as an armchair therapist -- having read transcripts of Rodger’s videos --  his anger is about his failure to be able to access all the markers of white male heterosexual middle-class privilege. He goes on and on about his status as a virgin, his inability to find a date since middle school, his anger and resentment about being rejected by blond, sorority women. In fact, he claims he will "slaughter every single spoiled, stuck-up, blond slut I see.” As Jessica Valenti so thoroughly demonstrates: “misogyny kills.” I am struck by the extent to which Rodger believed he was entitled to have what he deemed the prettiest girls, he was entitled to women’s bodies, and when society denied him these “entitlements” he thought it should become the public’s problem. He thought that his happiness was worth the slaughter of multiple people.

This sense of heterosexual white male entitlement to a world that grants all one’s wishes, and this destructive murderous anger that attends the ostensible denial of these wishes, is at the emotional core of white supremacy. Elliot Rodger was a late bloomer, which while socially inconvenient and embarrassing, is neither uncommon nor a problem. But because we don’t have a fundamentally honest societal conversation happening about white male privilege, rooted as it is in sexism and racism, we can’t even observe one of the most basic truths here: What Rodger perceived as a denial was at the very worst a delay. Our society is fundamentally premised on making sure that straight, middle-class (upper class in Rodger’s case) white men have access to power, money and women.

In this regard, the rage at the core of Rodger’s horrific acts is not unlike the kind of middle-class, heterosexual, white male rage that drives much of social policy in this country. In the era of Barack Obama, we have endured a mass temper tantrum from white men that includes a mind-boggling war on women, with an unprecedented rollback of the gains of the women’s rights movement, and an attempt to decimate whole communities of color, which are disproportionately poor, through school privatization, mass incarceration (which began long before the Obama era) and the gutting of the social safety net.

I’m not calling these guys mass murderers. Of that I want to be clear. But I am saying that we cannot understand Elliot Rodger’s clear mental health issues and view of himself as the supremely forsaken victim here outside a context of racism, white supremacy and patriarchy. I’m also saying that white male privilege might be considered a mental health issue, because it allows these dudes to move through the world believing that their happiness, pleasure and well-being matters more than the death and suffering of others.

But it is neither singular, nor anomalous. Every few years, the American public has to watch in horror as some white kid goes on a rampage, killing everything from babies to old people. Yet, neither the press nor the law will understand such perpetrators as monsters or terrorists. Few will have a conversation about white male pathology and the ways that systems of whiteness and patriarchy continue to produce white men who think like this.

What is even more infuriating about this tragedy is that it could have been prevented. Rodger had been posting strange YouTube videos of himself talking about killing people over the last several weeks, so much so that his family was reportedly disturbed enough to call the police and have them come do a welfare check. But “officers concluded that he was 'polite, courteous,'” and downplayed any difficulties.

In the manifesto he released he said he was relieved that officers did not push the matter further because they would have found his weapons.

Can I go ahead and scream yet? A black or brown man would have been violently hauled into a jail and locked up at the first sign of such machinations. His property rights would have been thoroughly violated, and no matter how “polite” and “courteous” he might have been with officers, no reports would have reflected such language.

These coded terms mean that these officers were incapable of seeing this clearly troubled young white man as a threat. How many mass killings must it take to recognize that white male entitlement is potentially deadly? How many YouTube videos must one post outlining an attempt to do harm before it is taken seriously?

As yet another community attempts to make sense of this tragedy, to put itself back together again after this needless, senseless path of destruction that Elliot Rodger has wrought, I’m reminded of something my dad says: “These are funerals we didn’t have to have.” But as long as America refuses to deal with its white male privilege problem we will continue to have them.