Celebrities: Please stop saying anything but rape is like rape 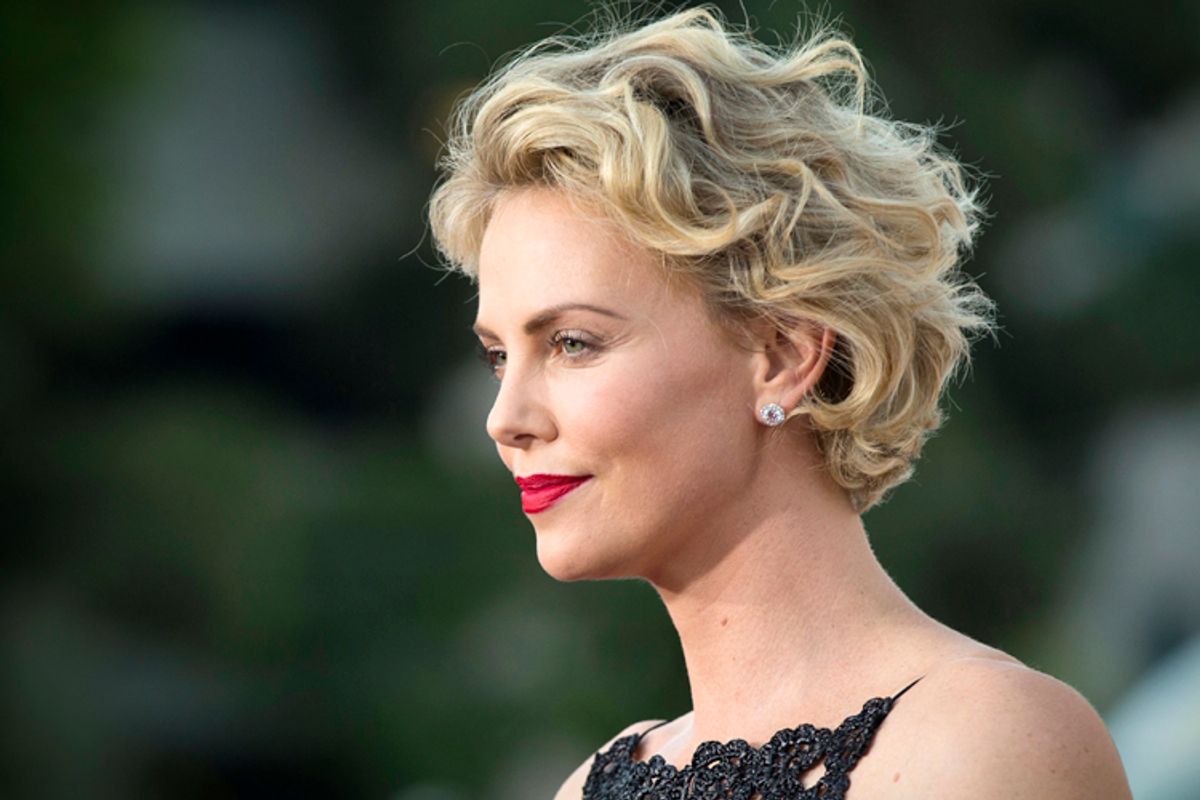 You'd think Gwyneth Paltrow would have had a lock on the unself-aware hyperbole of the week award when she recently described cruel online comments as "almost like how, in war, you go through this bloody, dehumanizing thing, and then something is defined out of it." Then, along came another blond Oscar winner to top her.

In a Friday interview with Sky News, Charlize Theron fielded a comment about the "very personal and almost intrusive" results one gets for Googling her name. "I don't do that, so that's my saving grace," she replied. "When you start living in that world, and doing that, you start feeling, I guess, raped." And when the interviewer pressed her, asking, "That strong?" she answered, "Well, when it comes to your son and your private life. Maybe it's just me. Some people might relish in all that stuff, but there are certain things in my life that I think of as very sacred and I am very protective over them."

Theron didn't invent the celebrity rape comparison. In 2010, Kristen Stewart admitted she'd made "an enormous mistake" after she compared paparazzi photos of herself to "looking at someone being raped." And in 2011, Johnny Depp had to issue a similar mea culpa after he compared being photographed to "being raped somehow. Raped. The whole thing." But you'd think that Theron, who survived the violence of having her alcoholic father threaten to kill her and her mother, and her mother shooting him to death in self-defense, would have a more sensitive ear to the real violence and abuse that is doled out regularly around the world. Four years ago, she participated in the UN's Stop Rape Now campaign as a "messenger of peace," reminding the world that "She could be your mother, your sister, your daughter." She has visited the Democratic Republic of the Congo and written about her experience visiting a hospital there that treats women who've been especially violently raped and abused. And she has participated in an anti-rape campaign in her home country of South Africa, where as she herself noted, "More women are raped than in any other country in the world."

Online abuse is real, and it can be serious and traumatizing. Likewise, the invasiveness of paparazzi and celebrity tabloids is legitimately scary and threatening. But Theron's remarks come in the same week that two teenage Uttar Pradesh sisters were gang raped, strangled and hanged from a tree after they went out into the fields near their home to relieve themselves because their home had no toilet. They come one week after a deadly mass shooting that was fueled by misogyny. Theron should have known better. Much, much better. Katie Russell, a spokeswoman for sexual violence charity Rape Crisis, told the Independent Friday, "She is comparing something which I have no doubt is a distressing experience, but it is never helpful or appropriate to use sexual violence as a metaphor for experiences in that way. It detracts from what is a very real, and very serious experience for survivors and it trivializes sexual violence. For someone who actually has some understanding of the lifelong impact sexual violence has on its survivors, it is extremely disappointing."

Having your privacy invaded or having people say cruel or even threatening things about you is no doubt a very stressful thing, one that people in the public eye have to endure on a constant basis. But you know what's like rape? Rape. You know what isn't? Pretty much everything else. And there are ways to talk about a particular kind of intrusiveness without insensitively comparing one experience to a very different and utterly harrowing one. Theron herself did it, just fine, at another point in the interview, when she said, "My job has made my life incredibly blessed and good and I am very grateful for that, but it does not mean that every aspect of my life all of a sudden becomes fodder for an article. I try to protect against that as much as I can." That's all she needed to say. And if you're a celebrity and you're talking about rape, don't do it unless you're really talking about rape.