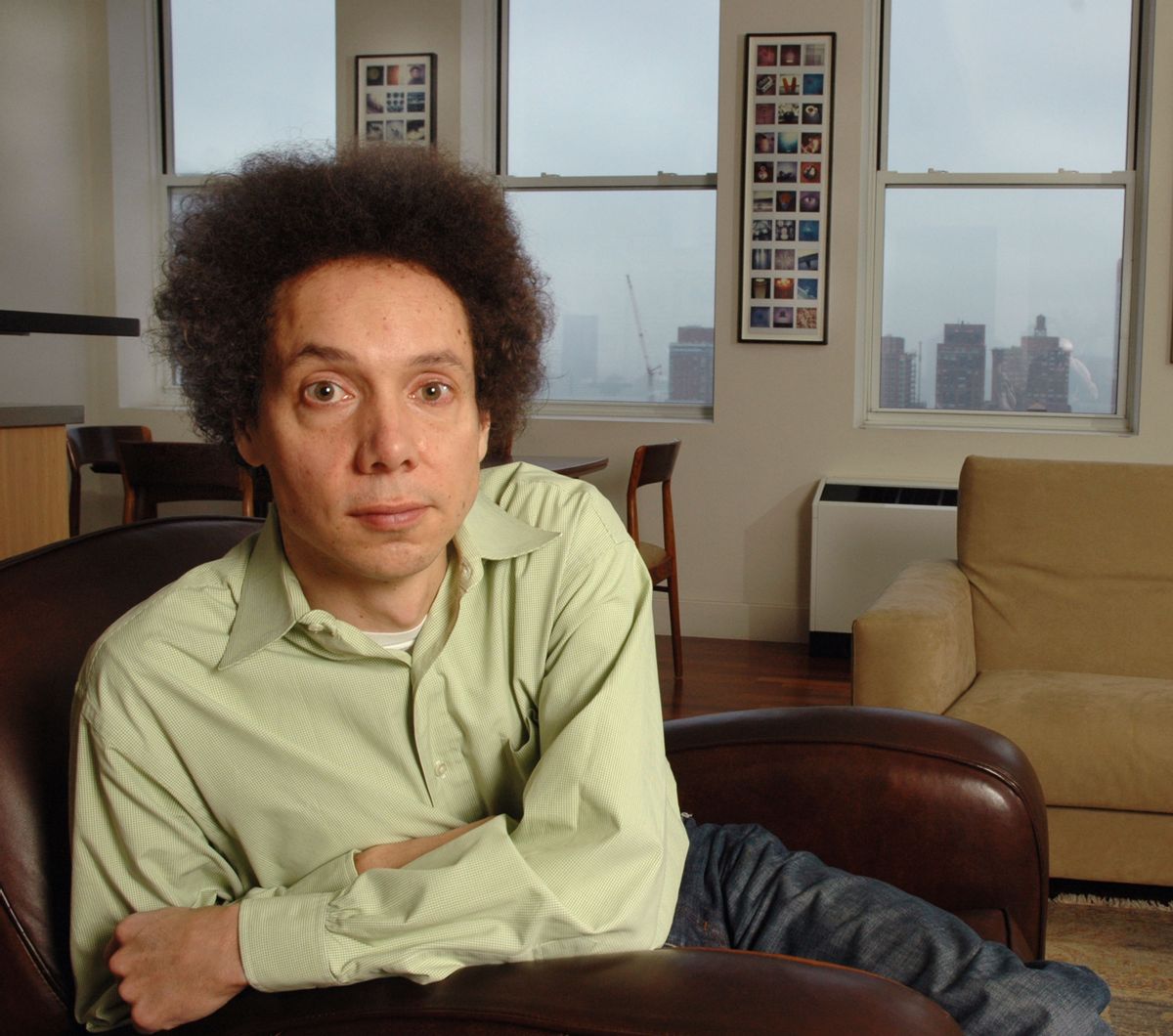 Malcolm Gladwell, the New Yorker writer and New York Times bestselling author who fattens up the Jack Donaghys of America with his diet of nicely packaged, light-on-science, heavy-on-buzzwords books, met some of his greatest fans on Reddit today. There to tout his latest confectionary about underdogs, "David and Goliath," Gladwell embraced the online community as enthusiastically as he embraced Glenn Beck. The whole thing can basically be summarized by this exchange, which references Gladwell's buzzy book about how social movements are created, "The Tipping Point":

Question (paraphrased): Can we expect a sequel to the Tipping Point? Also, could you give my brother a shoutout? His name is Michael.

Gladwell, who, like BuzzFeed, seemingly employs a "no haters" policy while attracting a lot of them, then proceeded to say a lot of things while saying pretty much nothing. On the issue of "white/male/ableist/young privilege," a Redditor asked:

Gladwell: That's a fascinating question. In David Goliaith [sic] I talk a lot about the paradoxes of privilege. If your parents are billionaires, that might actually be an obstacle to your own happiness and self-development. If you go to Oxford or Harvard, that might actually thwart your desire to graduate with a science or math degree. And so on. Those kind of examples suggest that "categories" of privilege aren't all that useful. Is it better to be black or white, male or female, rich or poor? Well, it depends on where you live and who you are and what you want to do. If you want to be President of the United States or the CEO of a company, its probably not a good idea to be female.

He served up plenty of his characteristic pseudo-self-deprecation:

Question: Hi Malcolm, What is the most common misunderstanding you encounter from people who have read Outliers?

Gladwell: There is a lot of confusion about the 10,000 rule that I talk about in Outliers. It doesn't apply to sports. And practice isn't a SUFFICIENT condition for success. I could play chess for 100 years and I'll never be a grandmaster.

On why he decided to let Glenn Beck interview him:

Question: What was your experience on Glenn Beck's program like?

Gladwell: A lot of people wondered why I went on Glenn Beck's show. I don't agree with a lot of what he says. But i was curious to meet him. And my basic position in the world is that the most interesting thing you can do is to talk to someone who you think is different from you and try and find common ground. And what happened! We did. We actually had a great conversation. Unlike most of the people who interviewed me for David and Goliath, he had read the whole book and thought about it a lot. My lesson from the experience: If you never leave the small comfortable ideological circle that you belong to, you'll never develop as a human being.

He suggested that the only alternative to long-distance running is watching TV:

Question: What do you think of the latest pushback in the medical community against distance running and other aerobic sports?

Gladwell: I think it's moronic--and based on very questionable data. The runners I know are healthy and happy. Would we really be better off lying on our couch watching TV?

On why he became a journalist:

Question: What sparked your interest in journalism? What advice would you give to someone who wants to be a journalist/author after college?

Gladwell: I got into journalism by accident. I couldn't get a job in advertising! My advice to anyone starting out is figure out what you WANT to write about first. What really interests you? All the best writing comes from passion.

On the label "pseudoscience":

Question: How do you feel about people calling what you do "pseudo science", which is so negatively loaded? I would just call it really well thought-out observations.

Gladwell: Well, first of all, that's just a sign of the great thing about the internet, which is that its a place where people can say anything! But I think it is important for me to stress that I'm not a scientist. I don't write for academic journals. I'm a journalist who uses ideas and findings from scientists to try and get people to look at the world a little differently. That's a very different kind of intellectual enterprise that the writing that is done for academia. I think some people sometimes don't appreciate that difference.

On what makes humans so crazy:

Question: What do you think is the most bat-shit crazy common human characteristic?

Gladwell: There are so many to choose from! How's this. I do not understand the impulse that many people have of looking first for what they DISAGREE with in another person or idea, instead of looking first for what they might learn from. My second is that I don't understand why we are so scared of changing our minds. What's wrong with contradicting yourself? Why is it a bad thing to amend your previous opinions, when new facts are available? If a politician hasn't flip-flopped at some point in his career, doesn't that mean he's brain dead?

Question: Has anyone ever told you , you remind them of side-show bob?

Gladwell: Yes. I take it as a compliment!