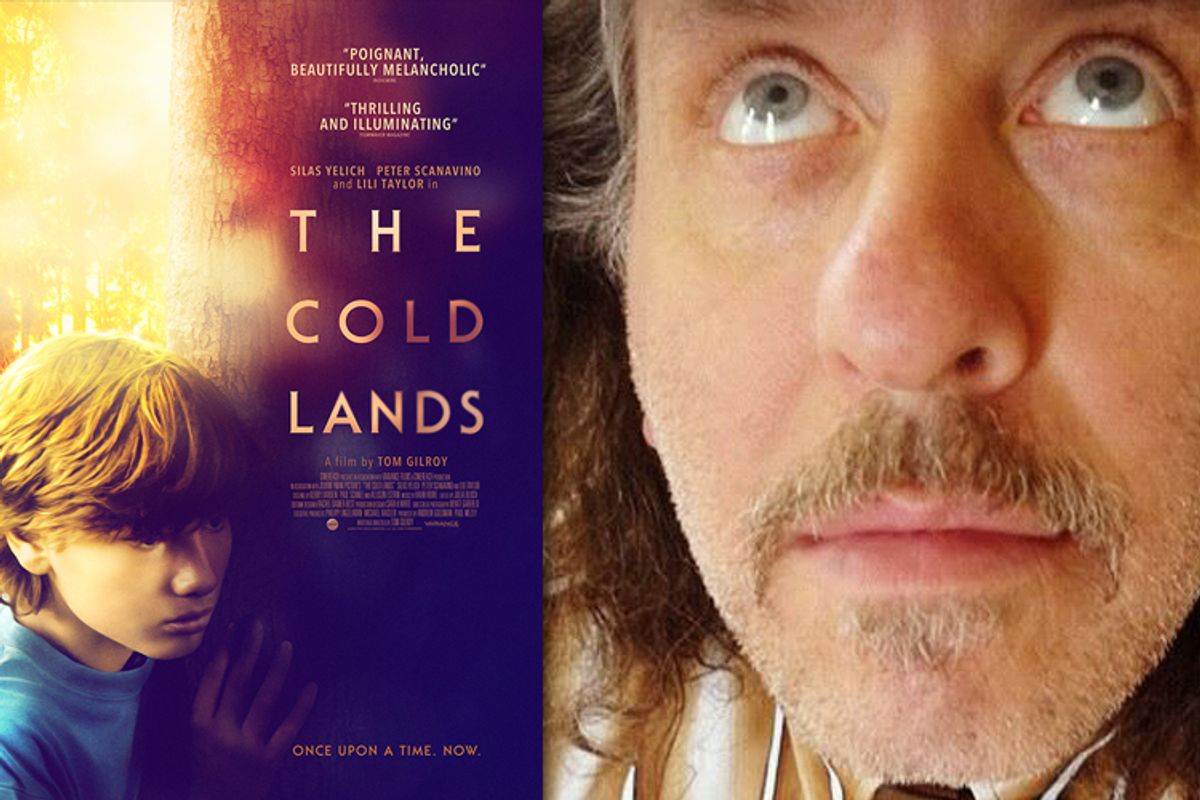 Over the course of the next week, we will be debuting several truly remarkable short films on Salon -- collaborations between some of our most interesting and inspiring musicians and director Tom Gilroy's film "The Cold Lands."

The film, which stars Lili Taylor, is still playing in many theaters around the country, but it also arrives on video-on-demand services today. You do not want to miss it!

As a special project, Gilroy took some additional footage and re-edited and crafted seven short films, then distributed them to some of his favorite musicians. They had the freedom to shape a soundtrack for the clip, and the resulting collaborations take the movie in mind-bending and shape-shifting new directions.

We'll roll these out -- along with interviews with the musicians -- all this week, beginning with this clip, scored by the terrific singer Mark Mulcahy, whose album "Dear Mark J. Mulcahy, I Love You" was one of our very favorites of last year.

We talked with Mulcahy about the collaboration last week. You can watch it above.

So how did you get started, and hit upon this approach? The music you did really creates a wild chase scene, in the way the edit and the footage and the drums work together. It builds this really distinct mood that complements the film, but has its own real feel.

Well, first of all I watched the movie. It was nice to know about the movie -- to me, this clip feels like a small version of the movie. When I watched what Tom gave me -- the boy's around, and then he's on the run -- it doesn't really have an ending. But the movie doesn't have a particular ending in a way, either. I felt like I had a leg up on it, in a weird way. It wasn't just landscapes, which some of them are.

I wanted something with (the boy) in it. It was weird, a weird thing to have an opinion about, and I don't know why I had an opinion on it. I don't know what I want, but here's what I want. I had the clip and watched it a bunch of times. I probably did three different versions of it. I did it on Garage Band; if you were to look on that, there's 40 tracks and most of them are turned off. I just kind of came to this one. It's kind of an instinctual thing.

What's the hardest part about having to compose for a film, as opposed to just a song of your own?

I haven't done a ton of it, but certainly working on "Pete and Pete," and working with Tom before and on some other small things -- a lot of the times if someone asks you to do something, you have some kind of rapport already. I just go with my instincts. Hopefully if I think it's working, he will too. So when I sent it to him, I said, "I hope this is the right thing. Because it could be anything and everything. If you hate it, I'll do another one." But he said, "Hate it? I love it."

It was easy in a way, but it always takes a long time to make it look easy.

The song opens on the drums, and is really percussive -- it has such a different feel than your recent albums.

Well, two things. I started out as a drummer. But also I dream of making loopy music. I hear a lot of really good songs, and if it's just the same drum thing, well, sometimes they don't work as hard as I think I'm supposed to. I've never quite figured out how to make that music, and someday I hope I do.

I bought this record when I was in Ireland called "Charttoppers." It's 42 songs, probably from some years ago, and one of them was Everything but the Girl's "Missing." (sings) And I miss you ... Somebody remixed it and I thought, "Wow, this is nothing like them -- at least as I know them -- and it's so cool." It really reminded me of something I wish I was doing.

Getting to take something apart and put it back together again.

I think Tom has a great idea. He's got all this footage -- sometimes you watch a movie and at the end someone says, There's so many great things we didn't put in! There's usually a reason! They don't do that much for me. This is using them for a different purpose, which is cool.

You don't sing on this. Why not? Ever think of adding words?

No. Tom kept -- in the best way -- needling me to sing on it. I would have; I just didn't. I wanted to send him what I had because I liked it, and if I needed to do more, I would, because singing is my (thing). But then I had a deadline, and everybody was happy with it as is.

Was this similar at all to working on "Pete and Pete"? The idea of having to work with another person's art and craft something with the right emotional tone to match?

The thing about "Pete and Pete" is that those guys were super-specific. They really knew what they wanted, which is a real plus. Not that Tom doesn't know what he wants! But I think for this series, he wanted to see what all these musicians would bring -- this was not a case of trying for something, it was a case of collaborating. I think he put so much into the movie -- I am sure he had to fight for every frame -- that this was more Let's just see what happens.