7 of the craziest moments in World Cup history

Horrific fouls, sublime skills and "yo mama" insults -- this tournament has them all 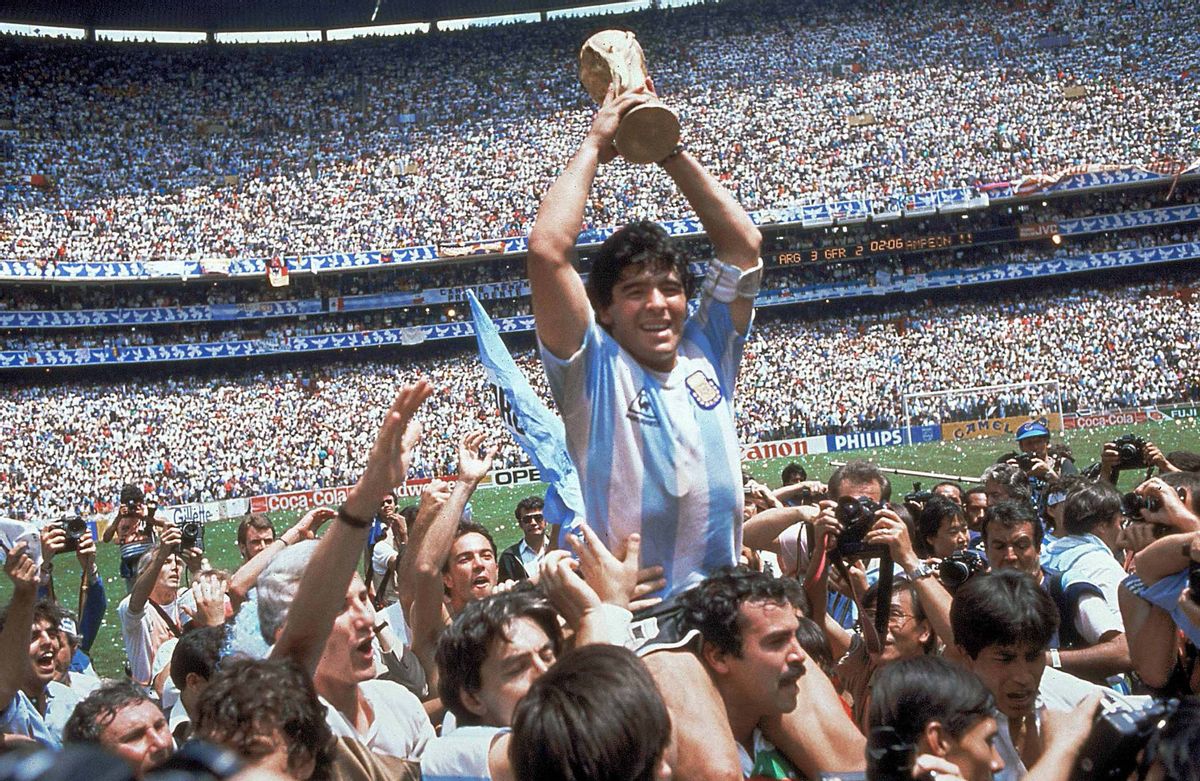 LIMA, Peru — There’s a reason the World Cup is the planet’s most watched sporting event. It’s not just the thrilling battles on the pitch. Or the fact that soccer is simply the most popular sport around. Or even the multinational mega-party as fans from around the world come together to celebrate their national teams.

The tournament also has that unquantifiable ability to generate the kind of magical — and in some cases dastardly — moments that spectators remember for the rest of their lives.

Here, GlobalPost rounds up seven of the craziest:

The greatest player of his generation, France’s Zinedine Zidane had masterminded his country’s 1998 World Cup triumph. Eight years later he again singlehandedly dragged France to the 2006 final, this time against Italy. But the magic stopped there. In the final act of his glittering career, Zidane, known as Zizou in his homeland, headbutted Italian defender Marco Materazzi in the chest, earning an inevitable red card. What prompted the headbutt? The kind of “yo mama” playground insult that no pro athlete should ever let get under their skin. In his own words, Materazzi had told Zidane: “I prefer the whore that is your sister.” Stripped of their talisman, France lost the match and the cup. Most French people, however, didn’t seem to mind. Zidane received a hero’s welcome on his return to Paris.

Colombia had long toiled in the shadow of Latin America’s World Cup winners, Argentina, Brazil and Uruguay. The 1994 tournament was supposed to change all that, with Colombia having such a strong team that even Pele, the Brazilian usually viewed as soccer’s greatest player ever, was tipping them for glory. But things didn’t go that way. Terrorized by threats from drug lords back home, Colombia first lost to Romania. Then, against the US, an own goalby captain Andres Escobar all but ended the South American nation’s dreams. Within days of returning home, with the World Cup still underway in the US, Escobar was gunned down outside a Medellin nightclub, shot six times in the back by a local gangster apparently motivated by Escobar’s error on the pitch. The cold-blooded killing shocked fans at home and abroad.

Probably the only challenger to Pele’s title of greatest soccer player ever, Argentina’s Diego Maradona epitomized the best and worst of his sport. Known for cocaine, booze, prostitutes, and offensive public statements off the pitch, he also possessed the kind of sublime skills on it that appeared to defy the laws of physics. His Jekyll and Hyde character was never clearer than when Argentina took on England in 1986, in a highly charged game just four years after the Falklands War. Argentina won after two goals by Maradona, the first scored with his hand — or by Maradona’s own cryptic, arrogant confession, the “hand of God” — and the second an outrageous individual effort that saw him dribble past the entire England defense before hitting the net, a goal later voted World Cup Goal of the Century.

France’s semi-final against West Germany should have gone down in history for the six-goal thriller that it was. Instead it is remembered for just one thing: the most infamous foul in World Cup history. German goalkeeper Toni Schumacher brutally jumped into onrushing Patrick Battiston, what seemed like an eternity after the Frenchman had shot just wide of the goal. Battiston was knocked cold and lost two teeth. After receiving oxygen, he was taken to hospital, where he spent the night. To make things worse, the referee was blindsided by the foul and took no action against Schumacher. With the score tied after extra time, the game went to penalties, with Shumacher stopping two of the spot kicks. Germany won and Schumacher was hailed a hero — in West Germany. The rest of the world wanted revenge.

1982: The worst thrashing ever

There’s been no shortage of World Cup mismatches over the years. But none was quite as stark as Hungary’s 10-1 tournament-record thrashing of El Salvador in 1982. In truth, the Central Americans were always facing an uphill struggle. Their country wracked by a savage civil war, all but one of their squad were amateurs. Ultimately, though, the score was primarily a reflection of the Salvadorans’ all-out attacking strategy, rather than a huge skill mismatch. The philosophy that it’s OK if you score one because we’ll just score three might work if you are Brazil. But El Salvador simply didn’t have the human resources, and it showed.

England vs. the US in 1950. Cameroon vs Argentina in 1990. Italy vs. South Korea in 2002. The history of the World Cup is littered with stunning upsets. Indeed, if the Davids never knocked off the Goliaths, what would be the point? Yet perhaps none was quite as stunning as Italy’s 1974 showdown with Haiti. Italy actually won, by two goals, but Haiti took the glory and, for a few tantalizing moments, one of the most improbable leads in world sport. The Italian goalkeeper, Dino Zoff, one of soccer’s all-time greats, had managed to keep a clean sheet for more than 1,100 minutes of playing time before the Haiti game. That run was always going to come to an end at some point. But no one imagined it would be Emmanuel Sannon, a 22-year-old earning just $300 a month in Haiti’s impoverished national league, who would be the one to score against him, giving mighty Italy a near-heart attack in the process.

Italy was on the wrong end of another memorable goal, scored by Brazil’s Alberto Carlos in the 1970 final — one that many still regard as the greatest-ever goal in the tournament. Its biggest rival for that title is Maradona’s lengthy dribble and shot against England in 1986, mentioned above. But while the Argentine’s was a brilliant solo effort, Carlos Alberto’s was the ultimate team goal, with the ball being passed out from the back and almost every member of the Brazil team touching it before Alberto’s thunderous strike. Note the samba step-over in the build-up.