Must-see morning clip: Inside the "cartoonishly evil" organization of FIFA

Ahead of the World Cup, John Oliver educates Americans on the shady dealings of the soccer association 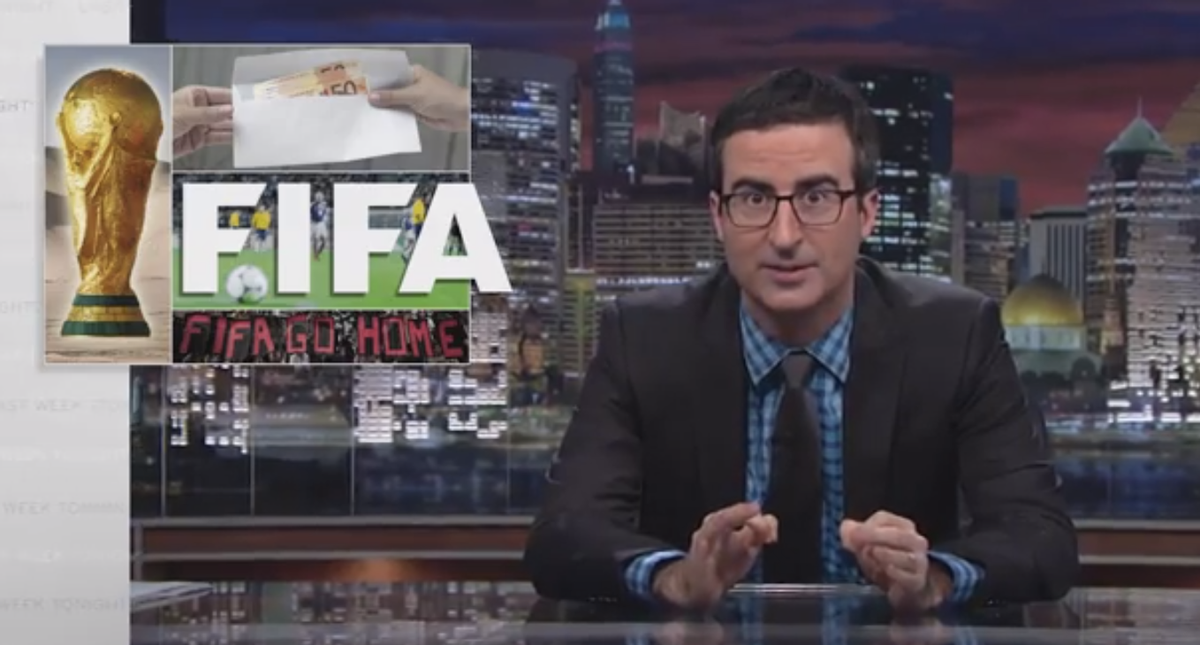 If Americans cared more about soccer, we might be more familiar with the corruption and bribery scandals within FIFA, the organization that holds the World Cup. Upon the opening of the 2014 World Cup in Brazil, John Oliver educated his audience about the "cartoonishly evil" association on Sunday night, which seemingly abuses its power to make countries spend money they don't have as it shields itself from taxes, creates loopholes in laws, employs its own warped justice system, and encourages poor labor practices.

"FIFA is just appalling," Oliver declared. But here's the twisted truth: "I'm still so excited about the World Cup next week, and it's very hard to justify how I can get so much joy from an organization that's caused so much pain."

The world turns a blind eye to FIFA's dealings because, Oliver explains, soccer is a religion.

"It's an organized religion, and FIFA is its church," Oliver posited. "Just think about it: Its leader is infallible, it compels South American countries to spend money they don't have to build opulent cathedrals, and it may ultimately be responsible for the deaths of shocking numbers of people in the Middle East."

"But for millions of people around the world, like me, it is also the guardian of the thing that gives their lives any meaning," he added, putting FIFA's World Cup in perspective for Americans, who are fanatical about football. "And if that comparison doesn't make Americans love soccer, then frankly, nothing will," Oliver concludes.