The Catholic Irish babies scandal: It gets much worse 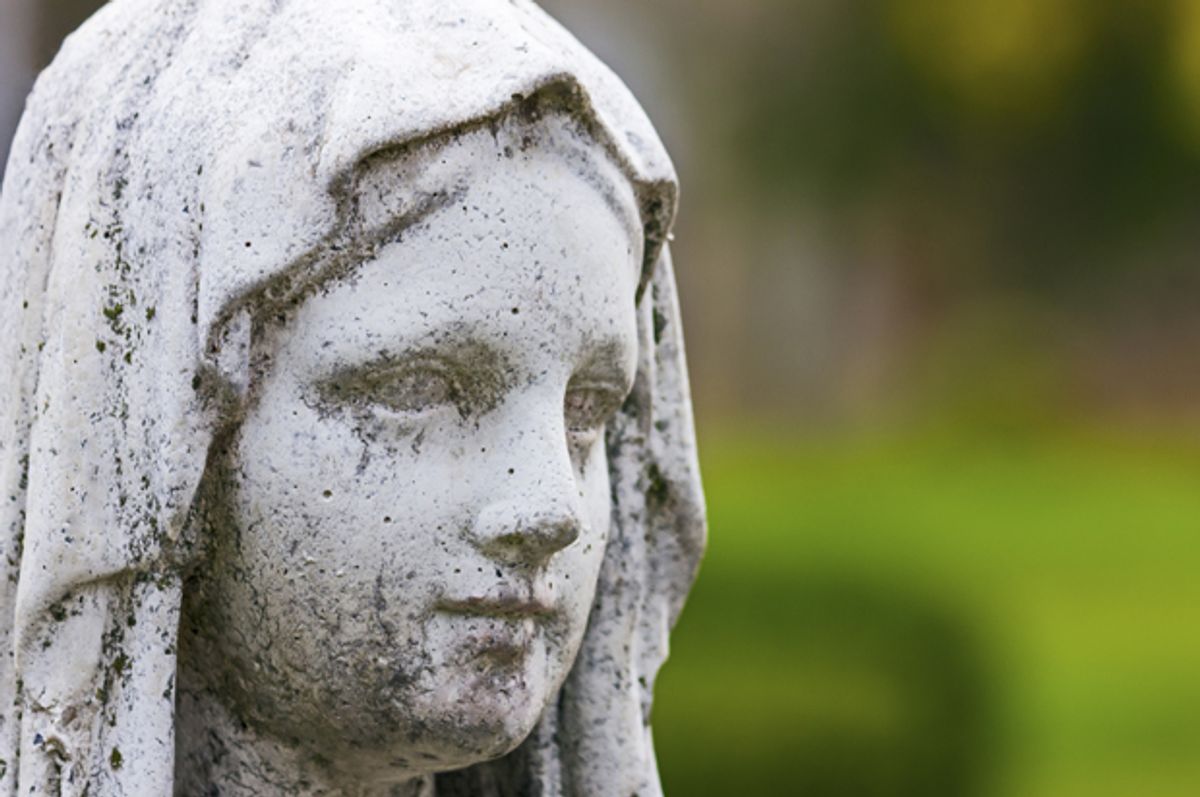 It gets worse. One week after revelations of how over the span of 35 years, a County Galway home for unwed mothers cavalierly disposed of the bodies of nearly 800 babies and toddlers on a site that held a septic tank, new reports are leveling a whole different set of charges about what happened to the children of those Irish homes.

In harrowing new information revealed this weekend, the Daily Mail has uncovered medical records that suggest 2,051 children across several Irish care homes were given a diphtheria vaccine from pharmaceutical company Burroughs Wellcome in a suspected illegal drug trial that ran from 1930 to 1936. As the Mail reports, "Michael Dwyer, of Cork University’s School of History, found the child vaccination data by trawling through tens of thousands of medical journal articles and archive files. He discovered that the trials were carried out before the vaccine was made available for commercial use in the UK."  There is no evidence yet – and there may never be – that any family consent was ever offered, or about how many children had adverse effects or died as a result of the vaccinations. Dwyer told the Mail, "The fact that no record of these trials can be found in the files relating to the Department of Local Government and Public Health, the Municipal Health Reports relating to Cork and Dublin, or the Wellcome Archives in London, suggests that vaccine trials would not have been acceptable to government, municipal authorities, or the general public. However, the fact that reports of these trials were published in the most prestigious medical journals suggests that this type of human experimentation was largely accepted by medical practitioners and facilitated by authorities in charge of children’s residential institutions." In a related story, GSK -- formerly Wellcome -- revealed Monday on Newstalk Radio that 298 children in 10 different care homes were involved in medical trials in the '60s and '70s that left "80 children ill after they were accidentally administered a vaccine intended for cattle."

Irish Minister of State for Training and Skills Ciaran Cannon has called for a public inquiry into the treatment of the children and their deaths.  The archbishop of Dublin, Diarmuid Martin, has also called for an investigation, adding that it should be free of Catholic Church interference. "We have to look at the whole culture of mother and baby homes; they're talking about medical experiments there," he told RTE Radio this weekend. "They're very complicated and very sensitive issues, but the only way we will come out of this particular period of our history is when the truth comes out." And a spokesman for GSK said the latest revelations, "if true, are clearly very distressing."

This is not even the first time information on these kinds of vaccine trials has come to light. In 2010, the Irish Independent uncovered how children born in the homes were subjected to a single "four-in-one" vaccine trial without their mothers' permission. The children often didn't even know what they'd been subjected to until well into adulthood. Appallingly,  Ireland had no laws regarding medical testing on humans until 1987. Mari Steed, who was born at the Bessborough home in the '60s, told the Sunday Independent, "We were used as human guinea pigs."

What Ireland is only now beginning to fully investigate and understand is a story involving potentially thousands of children who were almost certainly neglected and mistreated, and whose deaths were addressed as a mere trash disposal issue. It is now believed a total of upward of 4,000 children were similarly disposed of in other homes across the country. It's a story of untold even higher numbers of children who were unwitting subjects in a vaccine test that further refused to see them as human beings, capable of fear and pain. And an interesting insight into why so many children may have been so casually treated and tossed away was revealed in a recent feature on the scandal in the Independent. Babies born to unwed mothers – and this, let it be noted, would have included mothers who were raped – "were denied baptism and, if they died from the illness and disease rife in such facilities, also denied a Christian burial." In other words, the Catholic institutions that these women and their children were forced to turn to as their only refuge viciously turned their backs on them -- treating them, quite literally, as garbage. This is abuse of the highest order. Abuse in life, abuse in death. Carried out by religious orders so warped, so perverted in their utter lack of mercy that they participated in the suffering of an unfathomable number of babies and children. This is what the Catholic Church of Ireland is capable of, when it is given free rein over the bodies of its most vulnerable members. And an official inquiry hasn't even begun. As Michael Dwyer told the Mail this weekend, "What I have found is just the tip of a very large and submerged iceberg."