From YouTube to Netflix, here's why the end of net neutrality will affect people of color more than we realize 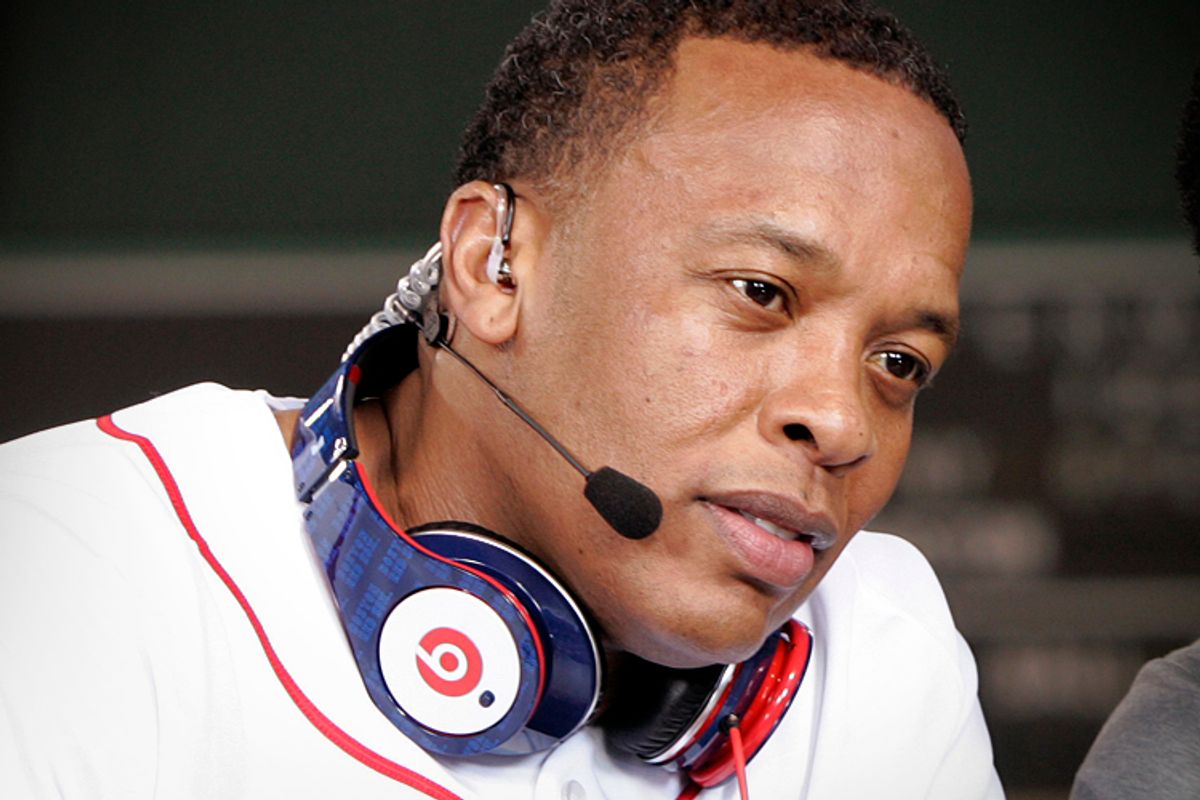 Last month, the Federal Communications Commission endorsed a new set of rules that might effectively kill net neutrality, by allowing Internet service providers in limited instances to create two speeds of Internet traffic. One lane, supporters of the measure say, will be fast and the other lane will be superfast. This kind of semantic maneuvering is a sleight of hand, a troubling use of euphemism, designed to make us believe slow means fast in the same way Michael Jackson convinced us that bad meant good.

As co-founder of a popular feminist blog targeted toward women of color, I know firsthand what an open Internet has meant to those of us who attempt to build broadly inclusive social justice movements. And as a person who likes to binge on the occasional Netflix show in my spare time, I know what streaming services like these have meant for increasing the representation of people of color in visual media. I can’t wait to find time to watch Season 2 of "Orange Is the New Black."

So I’m concerned about the creation of a tiered Internet, specifically. But I’m also concerned more generally with the continued deregulation of corporate media. The most clear cautionary tale of how deregulation of the mechanisms through which we obtain media affects culture can be found in hip-hop. The Telecommunications Act of 1996 deregulated media conglomerates allowing companies like Viacom and Clear Channel to buy up huge shares of media markets.

This move killed local radio by folding those stations into larger corporate entities, with regional and remote deejays and a top 40 playlist. This is the reason why if you listen to urban radio you hear seemingly the same 10 songs on a monotonous loop for the duration of the time you listen. This corporate structure has meant that artists and innovators who could build a name for themselves locally and regionally had very few avenues in the late 1990s and early 2000s to bring their musical products to market. We lament the bastion of misogyny, gratuitous capital and emotional vacuity that represents much of mainstream hip-hop today. But if you are not talking to a hip-hop studies scholar, then you hear very little about how the politics of deregulation corporatized the culture and placed a stranglehold on innovation and creativity. Streaming services and social media sites like MySpace have mitigated some of these effects, but nothing can get that old thing back.

This kind of cultural Darwinism bequeaths us a few winners and a whole lot of losers. More to the point, it creates a “cultural landscape that now is about winning, not taking the extra beat to think your way around a problem,” as Questlove of the Roots so powerfully articulates. In this kind of cultural moment, black cool becomes what hip-hop scholar Jeff Chang, echoing Questlove, sees as a kind of corporate currency that has reached its apex of articulation in hip-hop, only to be the object of corporate co-optation when conglomerates like Apple purchase Dr. Dre’s signature Beats headphones for a heady cost of $3.2 billion.

Some see the crowning of this hip-hop billionaire as a win. I see it as a narrowing of possibility. It is winning in the most profane sense of the term. Hip-hop has produced a bona fide billionaire. So what? I am left wondering what the goals of the culture were and are, left wondering about the state of political and cultural possibility among young black and brown youth like my students who still identify with hip-hop music as their primary soundtrack, even as they wrestle with all the things the culture has managed not to be, all the expectations that it has not lived up to.

We could continue to see these failures as a kind of black and brown pathology. Or not. The hip-hop of my youth (I hate sounding old) was a locally and regionally affected blend of sonic Southernness. I didn’t grow up loving East Coast hip-hop, because I didn’t grow up hearing a whole lot of East Coast anything on my local radio station. I rooted myself in place listening to 2 Live Crew, Outkast, Goodie Mob, Geto Boys, Master P and No Limit, and a whole host of West Coast rappers, who seemed to have a certain appeal down South. Nostalgia is rarely productive, but the history lesson here is instructive.

Social policy is a conduit for cultural possibility. And in this moment, a free and open Internet has granted us a very scary world and a very wonderful world, too. It has created the space for us to connect in unprecedented ways, it has granted access to young thinkers and writers of color who have used blogs and social media sites to build platforms unthinkable to our forebears. Sometimes the cultural adeptness that places otherwise unqualified people at the fore of social conversations is disturbing. But mostly it’s exhilarating. It has forced us to think about what kind of democracy we actually want to be. It has forced us to be more honest because there are ever increasing mechanisms for people to speak and be heard. It has given lie to those media conglomerates who seem especially incapable of (unwilling to) diversify their casts, the stories they tell and cover, the songs they promote and grant airplay, and the voices they spotlight.

The end of net neutrality is just one more way that corporations pimp democracy for their own capitalist ends. When I see the lack of general concern about this among people of color, I wonder if we know what is at stake. We use Twitter more than any other demographic. I read excellent amateur writers and poets who have cultivated audiences using blogs. And many of my friends have migrated to Web-based shows on YouTube to get the culturally diverse content they can’t find on television.

If it becomes more expensive for YouTube and Netflix to stream shows to us at speeds we can actually watch, please know those costs will be passed on to us in real and substantial ways. If blog platforms become targets of these regulations, so many of us who have built substantial communities of like-minded folks for little to no cost will be adversely affected.

There are those of us who value freedom, improvisation and innovation for the common person rather than for the corporation-as-person. It is we who need to stand up and fight back as John Oliver urged against this attempt to make democracy elusive once again. Hoisted upon the shoulders of corporate media giants, which have been mistaken as being the top of the world, hip-hop has most assuredly lost its way. But the lessons hip-hop has to teach us -- about vulnerability to corporate plunder and the generational effects of surrender -- can certainly help us to find ours.