The problem isn't that George Will is old

Don't rush to turn his latest offense into a generational war 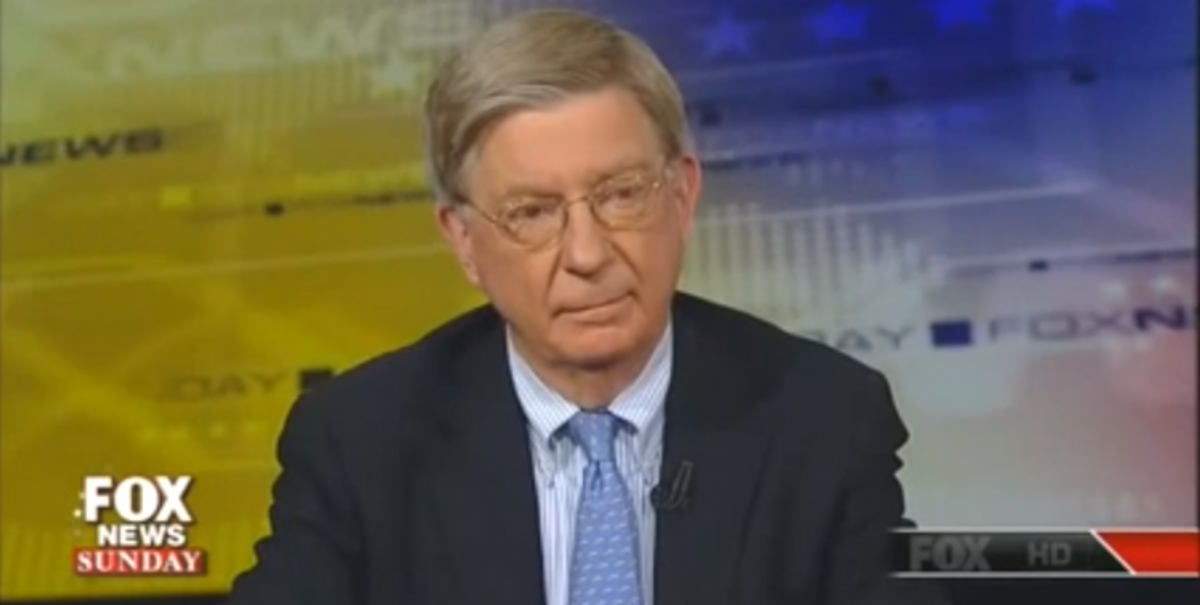 These are banner days for embarrassing pronouncements from The Olds, scribbling their nonsense in their stodgy old people, old media venues. It was just last week that Maureen Dowd, in a column that was not actually a scene from a '60s-era comedy involving hippies, went to Colorado, had a totally not groovy experience with pot, and wrote about it for the Times. On Monday, 73-year-old Washington Post columnist and man George Will, speaking on the subject of rape survivorship, called it a "coveted status that confers privileges," to the justified horror of many. Over the weekend, 49-year-old Times columnist Frank Bruni wrote an awkward quasi apology for his generation in which he attempted to atone for both climate change and Adam Sandler.  And as a person over the age of 45, I would like to offer my own apology for all of this cluelessness from the elders. But as a person over the age of 45, I also don't want you to think it's just because they're older.

The mainstream media is overwhelmingly, exasperatingly older, whiter and maler than the rest of America, and that is a problem. We have, in the tight little echo chamber of punditry, the same handful of individuals talking about the same things they've been talking about for generations – but doing so as they move ever further from having a real-world stake in the issues they're talking about. When 73-year-old Richard Cohen has a fit about Miley Cyrus, it's so laughable it's almost poignant, like when your cat gets spooked by a flashlight. In much the same way that when you reach a certain age, you just don't belong in the club anymore, you also just don't look good pontificating about twerking. But I'd just like to mention that being horrible really knows no age. George Will's been horrible since the '70s! The bigger predicament in our mainstream media isn't a generational one; it's a privilege one. Sure, George Will was an ignorant ape in his comments about sexual assault, but so was the Blaze’s Stu Burguiere in a repulsive rape skit that ran last week – and Burguiere is 35 years younger than Will. You want out-of-touchness? You want shaming and blaming and stupidity? I offer you Return of the Kings, a pile of aggressive bro misogyny that aims at the college douchebag demographic. When Arthur Chu, the 30-year-old "Jeopardy! "champion, wrote recently about sexism in geek culture, he was acknowledging his own generation's problematic attitude toward women, not the insight-deprived Peggy Noonan's. The reliably gross Erick Erickson is not yet 40 and Ross Douthat's only 34, but look how much backward thinking and idiocy they've already packed into their short careers. And every day, I boggle that I am generationally close to James Taranto, Megyn Kelly and Tucker Carlson, though I fortunately reside philosophically somewhere on another planet.

There is no question that the appalling lack of diversity in American punditry is an embarrassment. We need strong voices that span a variety of ages and races and orientations. But we also need to remember that our problem is not so much clueless old people – or for that matter those darn millennials. It's about editorial oversight, and what ideas publications choose to give platform to. There is something seriously wrong when the National Review Online gives space to transphobia or the Washington Post puts out yet another racially offensive screed. Why is it that on a near daily basis someone with an opinion about things he or she has so little experience of, knowledge about, or sensitivity toward gets the chance to spout off in a manner that's genuinely hateful and destructive? That's not a generational issue; that's a don't be a jackass issue. We don't need fewer older people in the opinion pages. We just need a lot more grown-ups.