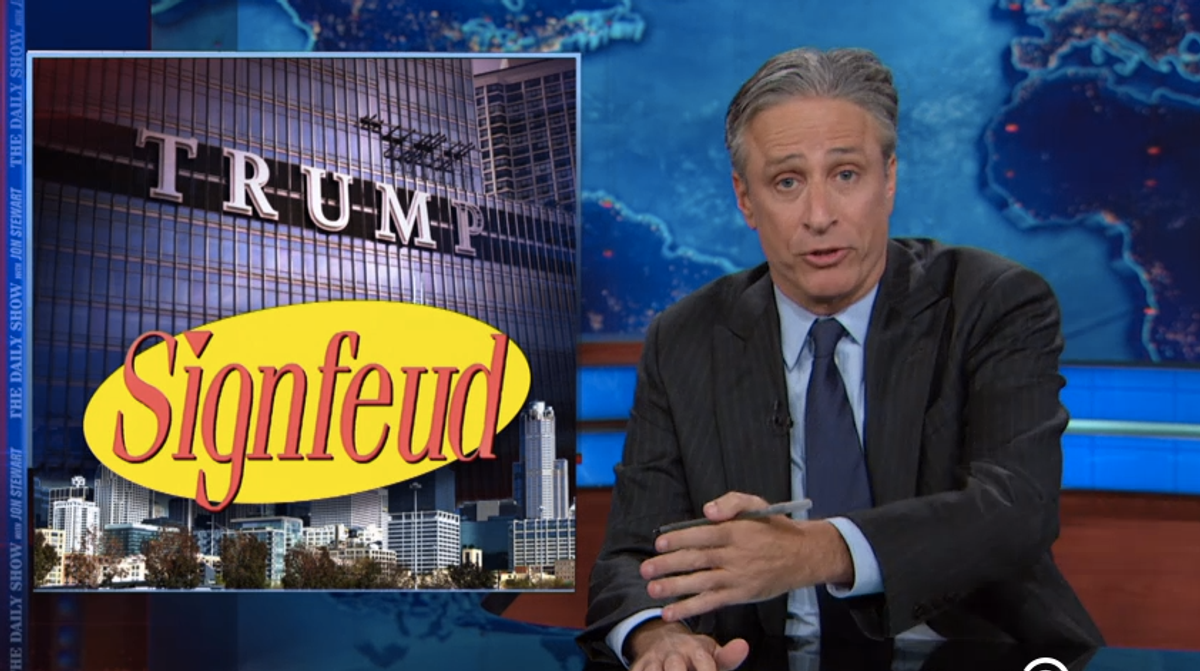 "Donald Trump is like Beetlejuice," "Daily Show" host Jon Stewart said Monday of his Twitter enemy. "But you only have to say his name once -- and there's no way to make him go away." Trump's most recent instigation involves his new skyscraper in Chicago that has his name plastered on it in large letters that light up at night. It is, according to both Mayor Rahm Emanuel and Pulitzer Prize-winning architecture critic of the Chicago Tribune Blair Kamin, quite an eyesore (A "wart," especially, says Kamin). Trump, an easily bruised banana, of course then appeared on television to blast Kamin as a "third-rate" critic.

"What the fuck is wrong with you!" cried Stewart, in response to Trump. "Is there no slight small enough for you to just fucking let it go?"

Now that Stewart has baited Trump by the mere mention of his name, will the real estate mogul engage? #FuckFaceVonClownstick