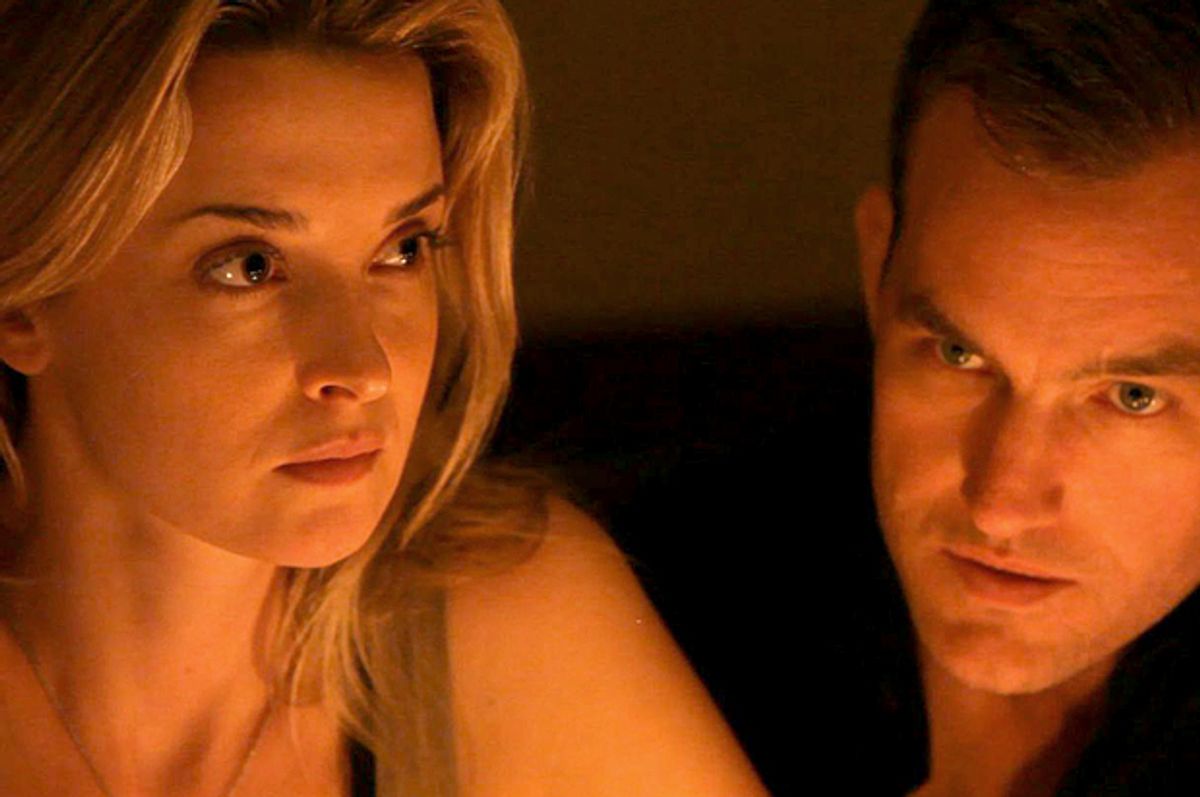 It’s always useful to have areas of scientific knowledge, or at least scientific speculation, which few of us understand and which most people view as mystical or magical. For most of human history, of course, that described pretty much everything: earthquakes, volcanoes, the movements of the sun and moon, the fact that you can breed a horse and a donkey but not a horse and a cow. These days, we live in a smug, postmodern bubble of assurance that all such things are understood (even if we don’t personally understand them). But at least we still have the incomprehensible paradoxes of quantum physics, employed to enjoyable effect in James Ward Byrkit’s wry indie thriller “Coherence.”

We begin in the highly naturalistic if slightly satirical vein of the dinner-party movie: A group of old friends, all somewhere between 30 and 50, are gathering somewhere in the temperate Northern California suburbs, south of San Francisco but north of Monterey. They’re recognizable Silicon Valley or creative-class types, pleasant, cultivated and just that crucial little bit annoying. Various mini-dramas are playing out within the group: Em (Emily Foxler), a fragile, pretty blond dancer, has suffered a major career setback, and her relationship with Kevin (Maury Sterling of “Homeland”) is a teensy bit tense. Kevin’s ex-girlfriend Laurie (Lauren Maher), seemingly viewed by all the women in the group as a trampy femme fatale, is showing up with her latest boyfriend. Mike (Nicholas Brendon of the “Buffy”-verse) is a washed-up TV actor who is conspicuously not drinking, at least as the evening begins.

There’s a lot of wine in really nice glasses and gossipy chatter, and witchy healer-type Beth (Elizabeth Gracen) may or may not be dosing everyone with an herbal Ketamine concoction. But, huh – isn’t it interesting that nobody’s cellphone is working? Didn’t they say the comet passing overhead might do some weird stuff to electronics? And then the lights go out. There’s an endless litany of things that “Coherence” may call to mind. Personally, I would say it’s a bit like Beth’s Special-K blend: “The Big Chill” meets “This Is the End,” with a dark thread of Luis Buñuel’s “Exterminating Angel” running underneath. This film was shot in five days, on a single location, making it almost the definitive low-budget character-based indie (even if the characters have trouble figuring out who they really are). Dialogue is largely improvised and the female characters, for some cryptic reason, have the same names as the actresses (the men don’t).

It’s safe to assume the science behind “Coherence” is complete balderdash, although the title refers to a hypothetical paradox in quantum physics in which the alternate universes diverging from each other at every instant (right now, the universe in which you stop reading this review departs from the one where you finish it) begin to intersect or collide. The comet’s gravitational force has caused some such disturbance, it appears – after the lights go out our dinner guests go outside and discover that only one house in the neighborhood still has power, in an island of total darkness. Maybe those people have a landline! Maybe they’ll be freaked out if we just show up! But why does their house look so familiar? Two of the guys visit the other house and come back with a story they’re unwilling to tell, plus a metal lockbox that contains snapshots of everyone at the party, with single-digit numbers written on the back. One of the pictures, of Laurie’s boyfriend Amir (Alex Manugian), was evidently taken at the party, from inside the house. So let’s add a smidgen of David Lynch’s “Lost Highway” or Michael Haneke’s “Caché” to the mix, even if ultimately “Coherence” bears little resemblance to either.

After the fundamental problem of “Coherence” has become clear, or clear-ish – there’s another dinner party, at that other house, that looks an awful lot like this one – the movie becomes slightly too much like an unfolding mathematical puzzle, although an ingenious one that reaches a chilling conclusion. Notes appear before they are written, the significance of those numbered photographs comes into focus through a series of neat twists, and while the characters are half aware that their actions are being shaped by a space-time continuum whose cause-and-effect relationship has gone awry, that’s not enough to stop them. As niftily edited by Lance Pereira, Byrkit’s film capitalizes on the dissatisfied, off-center qualities of haute-bourgeois existence (reminding me, in that sense, more than a little of Stacie Passon’s brilliant indie “Concussion”). It didn’t require a quantum anomaly to make Em, Mike, Laurie and the rest of these people feel that they weren’t living their real lives and didn’t quite belong here. All the comet’s gravity did was pull their darker impulses to the surface.

“Coherence” opens this week at the Village East Cinema in New York and the Los Feliz 3 in Los Angeles. It opens June 27 in Monterey, Calif., San Francisco and San Jose, Calif.; July 4 in Tucson, Ariz.; July 11 in Dallas, San Diego and Seattle; and July 18 in Denver, with more cities and on-demand viewing to follow.