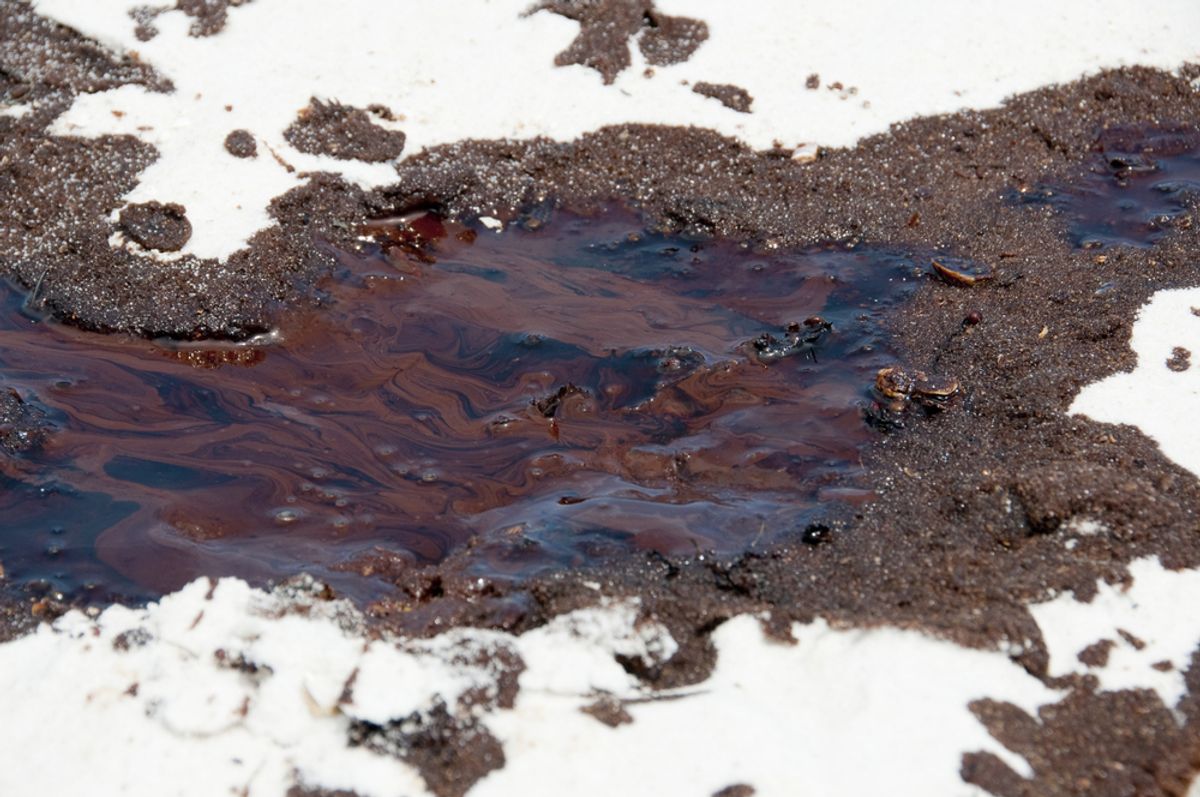 A Florida Department of Environmental Protection monitor who regularly surveys Gulf of Mexico beaches for remnants of the BP oil spill hit jackpot this weekend at Fort Pickens, discovering a 1,250 pound mat of tar, sand and shells at Fort Pickens. The Pensacola News Journal reports:

As of the conclusion of work on Sunday, approximately 1,250 pounds of material has been collected, said Coast Guard Lt. Cmdr. Natalie Murphy, in charge of the Deepwater Horizon oil spill response.

...Murphy said it's really hard to know how much is out there since it's not visible. Crews will continue to dig around the perimeter and out into the water to make sure they collect all of it — for however long it takes.

Seashore Superintendent Dan Brown said he's not surprised the mat surfaced, based on the number of tar balls that frequently washed up along the stretch of the beach.

"This is one of those areas we knew had some problems, some buried oil, and it's not just always visible," Brown said.

This is a lot like that time, back in March, when the Pensacola News Journal reported that a 1,250 tar mat washed ashore in Florida. Don't be confused, though -- this isn't a repeat of that story. Same headline, different 1,250 pounds of detritus held together by the oil that remains in the Gulf of Mexico from the Deepwater horizon explosion. It was found about half a mile east of the original.

By coincidence, the Pensacola News Journal notes that Monday marks the four-year anniversary of the day that oil from the April 2010 spill first hit Florida's beaches. BP provides the state with funds to continue monitoring for remaining oil, but it stopped doing so itself back in 2013, according to the News Journal, because crews were "only finding a dwindling smattering of tar balls."