The conservative media personality's latest trolly screed angered many and went viral. She couldn't be happier 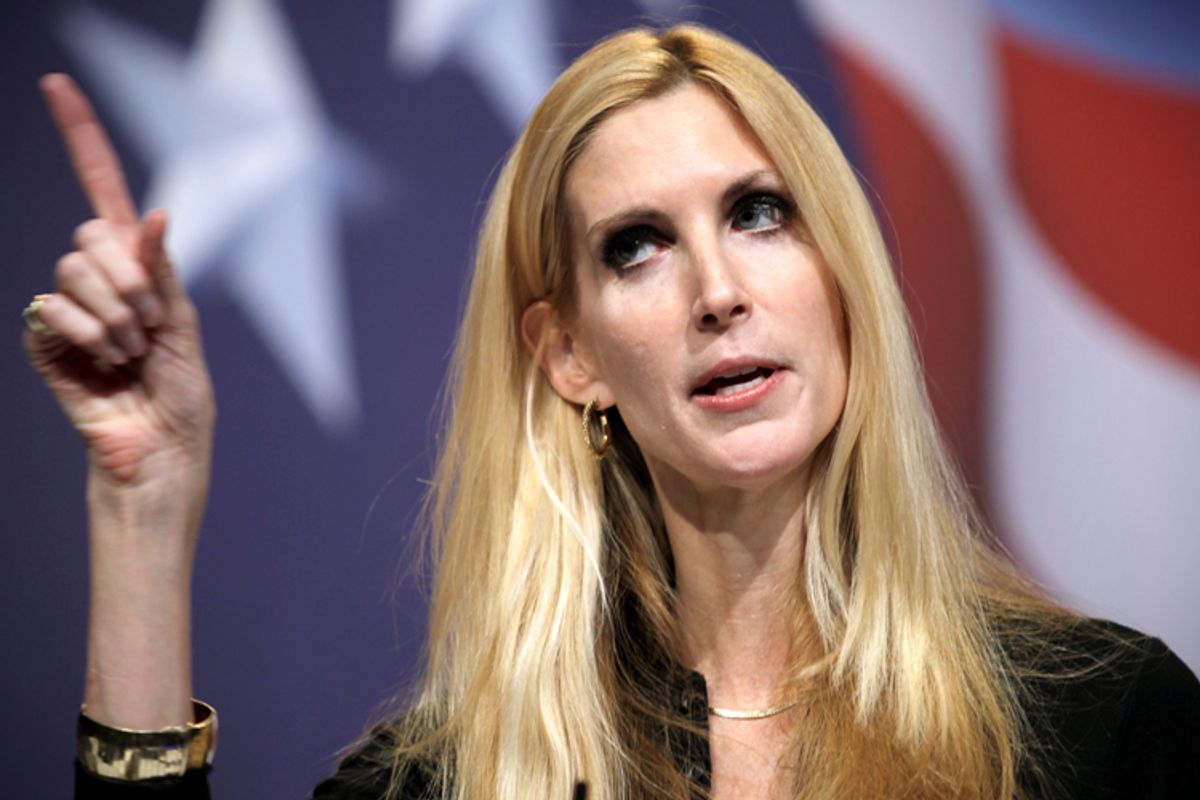 It's been quite a while since Ann Coulter had inspired the kind of attention and vitriol that greeted her recent anti-soccer screed, and if her recent appearance on Sean Hannity's Fox News show is any indication, she's happy to once again be in the spotlight — and she welcomes your hatred.

Joining Hannity remotely from France (nope, no cognitive dissonance there!), Coulter was beaming when asked by the conservative television host to respond to the outcry. She joked that she was on "tenterhooks" due to anticipation of the next World Cup game result and snarked that a recent game between Russia and Algeria had ended in an "exhilarating" tie.

"Yeah, it's a really thrilling game," she deadpanned. "My critics have apparently tried to persuade me that soccer is a macho game by throwing one week of hissy fits over my column."

Hannity stepped in then, noting with a smile that he had been "following [the response] on social media" and also found it amusing. No doubt shocking his audience, Hannity then told Coulter, "I'm with you. I'm not a big soccer fan. Unless it's a shootout, it's kind of monotonous watching guys run up and down the court — er, up and down the field."

Coulter chuckled at this, either because she inexplicably thought this banal assertion of conservative identity politics was funny or, more likely, because she was just so pleased to grab another 15 minutes of attention.

You can watch her appearance below, via Talking Points Memo: