6 ways climate change is ruining summer for everyone

Heat waves are only the beginning -- it's about to get really ugly out there, everyone 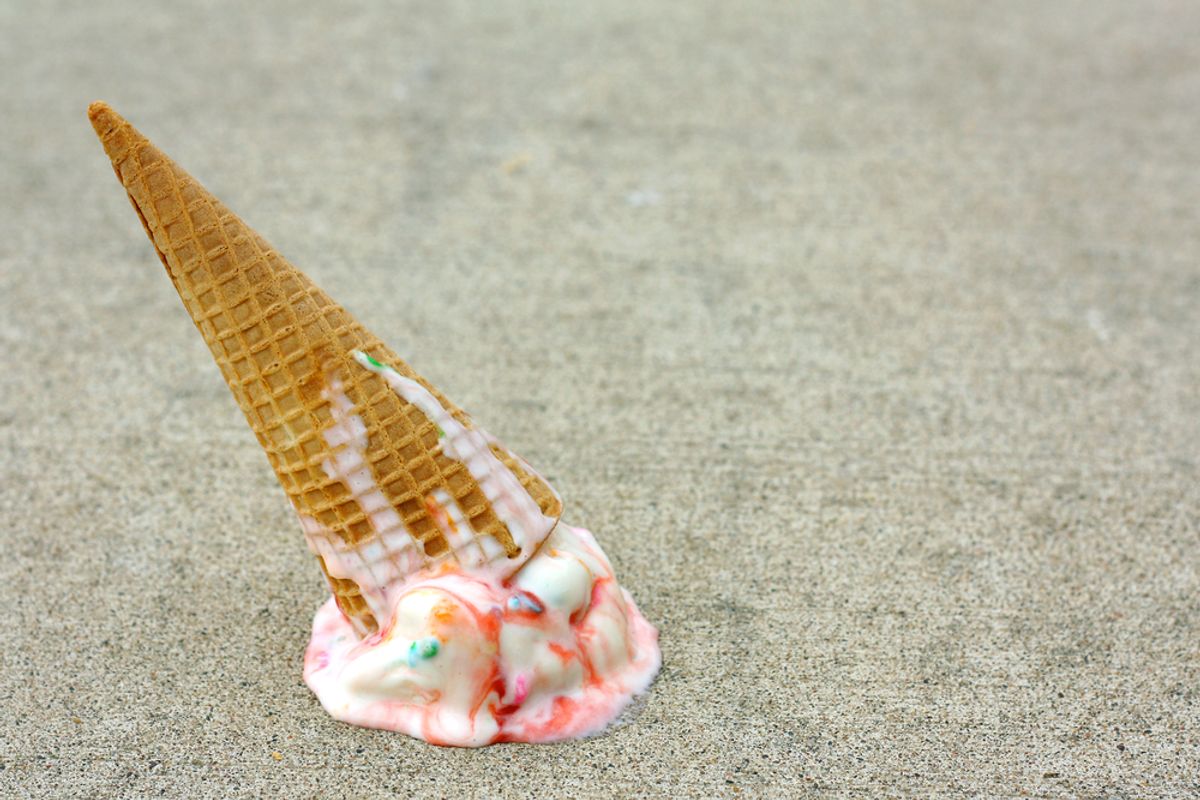 Those of us living in North America made it through a confusing winter, during which some people had a hard time believing that global warming could actually lead to more snow. (Although it's true. Really!) Now that it's officially summertime, things get a lot simpler: The world is undergoing global warming. Ergo, it's going to get warmer.

A lot warmer, even -- to the point that Americans could start seeing from 45 to 96 days over 95 degrees Fahrenheit, two to three times as many as we experience now, by the end of the century. Climate change, the IPCC predicts, "is likely to be accompanied by an increase in the frequency and intensity of heat waves" (prolonged periods of abnormally hot weather) that, coupled with a concurrent rise in humidity, will pose a major health risk.

But we don't only have to trust scientific modeling to know that summers are getting hotter: A trend of increasing high-humidity heat waves has already been documented over the past several decades. According to the National Climate Assessment, heat waves in the U.S. are already occurring at triple the historical average. Look back at the data, and it's clear that summer temperatures have been rising since the 1970s, for a total average gain of 2 degrees Fahrenheit.

Can't stand the heat? Well, too bad, because sweating it out in hotter temperatures is only the beginning of what a warmer planet will mean. Below, six other ways that climate change will -- and has already begun to -- ruin summertime:

As climate change worsens, wet areas will see more precipitation, while dry areas are just going to get drier.

That trend is already playing out for large swaths of the country, most notably California. Two days before the start of summer, the entire state was officially in a drought, while a full third had entered the most extreme stage of "exceptional drought." People are trying to get used to the idea of shorter showers and brown lawns, the price of fresh fruits and vegetables is expected to increase 6 percent over the coming months and breweries are fretting about what water rationing is going to mean for their beer (quoth Lagunitas head brewer Jeremy Marshall: “a beer that might normally taste crisp and refreshing could have an astringent taste — kind of planky, like Popsicle stick"). The forecast through September, according to the Climate Prediction Center, doesn't promise much relief: A number of factors, including development and a decades-long policy of fire suppression, combine to intensify wildfire season, but warmer and drier conditions can increase the frequency and intensity of dangerous blazes. As spring snowmelt occurs earlier and summer pushes into the fall, the burn season extends; as a 2012 Climate Central report showed, both temperatures and the number of large fires are increasing in Western states: This year, California's anticipating its "worst-ever" season; in the future, predicts Gov. Jerry Brown, it's going to need thousands more firefighters on the job. New Mexico, too, is emerging from a record dry winter to a “grim and potentially extreme situation” over the summer months, as is Arizona. But after two particularly brutal years, the rest of the country is anticipated to get off easy -- this time around.

The dominoes continue to fall: As warming leads to drought leads to wildfires, those big burns in turn release a "mix of gases and fine particles" that can at best be irritating and at worst make you sick. You can live hundreds of miles away from a wildfire's burn zone and still be at risk; in 2011, the area affected by smoke, a report from the Natural Resources Defense Council found, was 50 times greater than the area burned by fire: Meanwhile, the greenhouse gas emissions being pumped into the atmosphere by power plants and automobiles are also a hazard to our health -- that's why the EPA has a Supreme Court-verified mandate to regulate them. When those pollutants react with sunlight and heat, we end up with ozone, a particularly dangerous substance that causes coughing and sore throats, and can contribute to asthma, bronchitis and emphysema. By mid-century, a recent study from the National Center for Atmospheric Research found, atmospheric ozone could increase by as much as 70 percent.

Warmer temperatures, heavy rainfall (remember, wetter areas get wetter) and high humidity make conditions ripe for ticks and mosquitoes, whose range is expanding. And they'll bring West Nile virus, Dengue Fever and Lyme disease along with them. That's certainly the case for the Asian Tiger Mosquito; a study from last August found that over the next two decades, the amount of land area the pest covers will likely increase from 5 to 16 percent.

"Right now, about one-third of the total population of 55 million people in the northeastern U.S. live in areas where the tiny insect has taken up residence," explains PLoS blogger Linda Marsa, "but that number is projected to double, to 60 percent, by the end of the century, when the mosquito is expected to infest all the major cities on the Atlantic Coast, making over 30 million people who live in these areas vulnerable to locally acquired infections."

The National Climate Assessment found that those same climate factors will influence the development of both the Lyme disease bacteria and the ticks that host it: Valley Fever, a fungus-borne illness spread via the dry dust of the country's desert regions, infects more than 150,000 people in the Southwest every year, and it too is on the rise. While population growth and better testing are partially responsible for the increase, some experts say climate change could be playing a role. Andrew Comrie, a professor of geography at the University of Arizona, has dubbed it "grow and blow": Wetter conditions over the winter and fall help cultivate the virus; the hot weather and arid conditions of summertime allow it to propagate." Warmer bodies of water are nicer to swim in. They're also nicer for N. fowleri, a.k.a. "brain-eating amoebas," which have been showing up in lakes, rivers and swimming holes more often than they used to. They don't kill often, but when they do, it's nasty: they swim up the nose, multiply and, as the name implies, eat your brain.

"The climate is changing, and let me tell you, so is this," Travis Heggie, an associate professor at Bowling Green State University who’s tracked the amoebas for several years, told the Verge. In 2010, a 7-year-old died from the infection after contracting it in Minnesota -- 550 miles north of the "previously reported northernmost case" in North America. "If warm weather keeps up," said Heggie, "I think we’ll see N. fowleri popping up farther and farther north."

"You could certainly say it’s a concern of ours," added Jonathan Yoder, an expert with the CDC’s division of parasitic diseases. Add it to the list.