A Virginia father claims "the Kingdom of North Sudan" 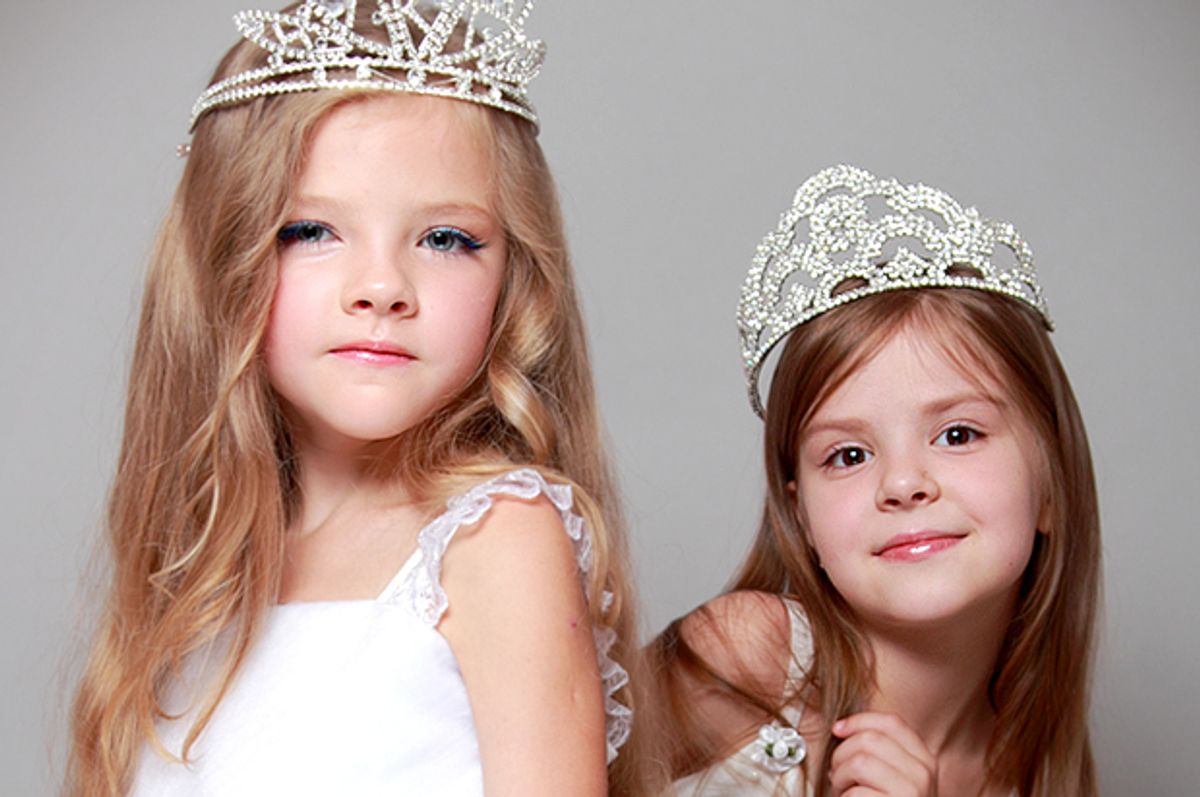 Jeremiah Heaton believes his little girl is a princess. But every little girl is a princess, right? I mean, that's what our culture tells our daughters. We say it before they're even born, declaring sonogram results, "It's a princess!" We encourage them, from infancy, to dress in tiaras and to wear clothing that declares they are a "Princess In Training" and aspire to be Belle or Cinderella or Snow White.

But Heaton really knows how to go the extra mile. The Abingdon, Virginia father tells the Bristol Herald Courier that he recently traveled to Bir Tawil, an 800 square mile territory between Egypt and Sudan, to plant a flag designed by his three children and, thanks to a century-old land dispute over one of the few remaining unclaimed lands in the world, declare it for his 7 year-old daughter Emily.

"Over the winter, Emily and I were playing, and she has a fixation on princesses. She asked me, in all seriousness, if she’d be a real princess someday," he says. "And I said she would." So, he says, he obtained permission from the Egyptian government to journey to Bir Tawil last month, make a 14-hour caravan journey through the desert and fulfill his daughter's dream -- on her birthday, no less. "It’s beautiful there," he says. "It's an arid desert in Northeastern Africa. Bedouins roam the area; the population is actually zero."

As the Herald Courier reports, "When Heaton got home, he and his wife, Kelly, got their daughter a princess crown, and asked family members to address her as Princess Emily." And on Facebook, Heaton, who unsuccessfully ran for Congress out of Virginia’s 9th district in 2012, has announced, "The Kingdom is established as a sovereign monarchy with myself as the head of state; with Emily becoming an actual Princess. ... I kindly request that when you see Emily, to address her by official title, Princess Emily. Each time she hears this title she will be reminded of my love and the lengths I will go to fulfill her every wish." That's got to be amazing for Emily's brothers Justin and Caleb, and every man the adult Emily will someday date.

Princess Emily, who sleeps in "a custom-made castle bed," does not intend to be a mere figurehead. Her father plans for the Kingdom of North Sudan -- he named it that "after consulting with his children" -- to obtain formal recognition from its neighboring African nations. "I feel confident in the claim we’ve made," he says. "That’s the exact same process that has been done for thousands of years. The exception is this nation was claimed for love. If we can turn North Sudan into an agricultural hub for the area ... a lot of technology has gone into agriculture and water. These are the things [the kids] are concerned with." Heaton, who, you may have noticed, gets to call himself a king in all of this, says his children are into "the idea of a nation with a clear purpose of helping other people ... I think that’ll be well-received and we’ll get recognition from other nations to partner with."

I'll admit that all I know about coming in to a foreign territory, taking over a bunch of land and announcing that one is now worthy of a crown comes from watching "Game of Thrones," but if Heaton's tale is true, the whole thing still sounds pretty sketchy. Though he has gone ahead and ordered letterhead with his new country's seal, Shelia Carapico, a professor of political science and international studies at the University of Richmond, says it's "not plausible for someone to plant a flag and say they have political control over the land without legal recognition from neighboring countries, the United Nations or other groups." She adds that "It’s not known whether people have ownership of the land, regardless of whether the property is part of a political nation."

And unshockingly, the idea of white people planting flags in African soil and saying, "Yeah, this is ours now" does not go ever fabulously with everybody. Gawker somewhat gently referred to his tale as "equal parts cringeworthy and baffling," and The Blaze called it "extreme." But the Dallas Morning News, clearly impressed, calls Heaton a "Father of the Year nominee." Doesn't every little girl dream of 800 square miles of disputed border lands in the desert that her dad says are her very own? Whatever happened to the old days, when a father who wanted to make his daughter's dream of becoming a princess would simply marry her off to a local landowner? Simpler times.

Though Heaton says his intent is to "establish positive relationships with Sudan and Egypt," he admits that primarily, "I want my children to know I will do absolutely anything for them. ... As a parent you sometimes go down paths you never thought you would," Heaton says. True, but not everybody then plants a flag in those paths and then says he owns them.