"The Cold Lands": New music by Dub Gabriel, set to bonus footage from the film 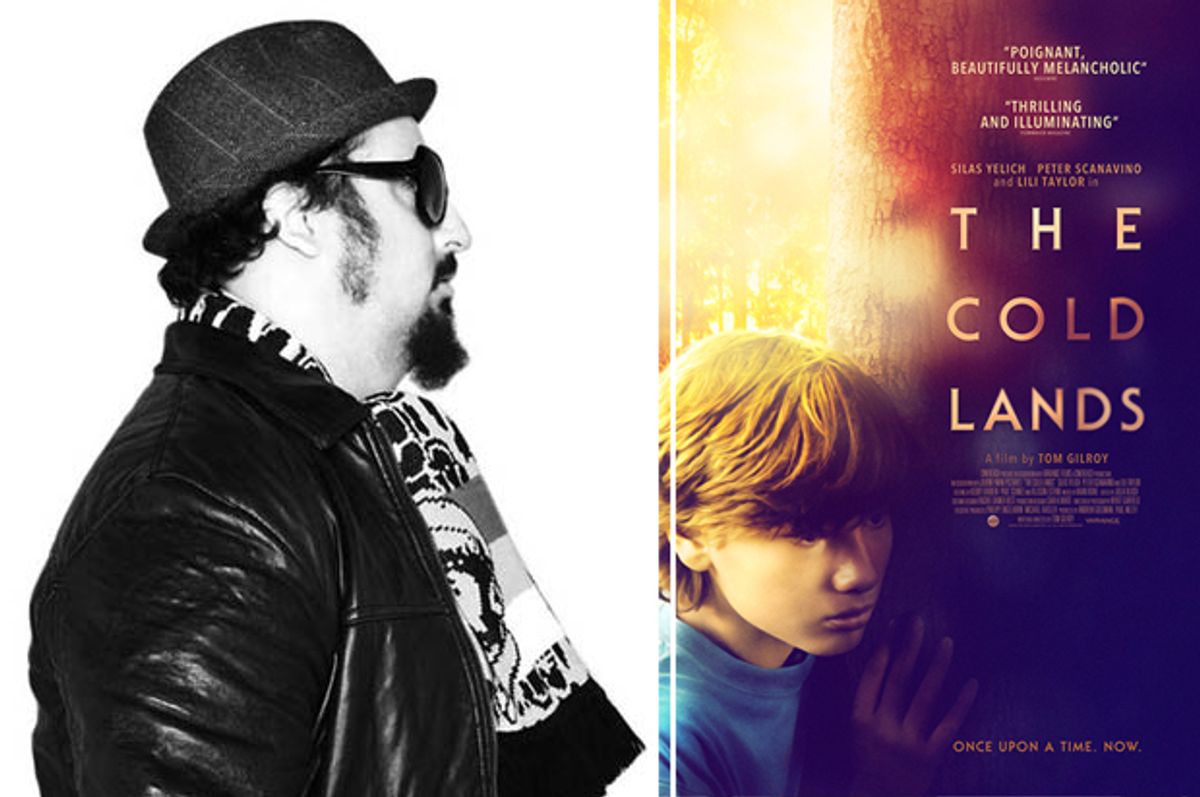 Over the last several weeks, we have been rolling out new music made by some amazing folks to accompany bonus footage from “The Cold Lands,” which stars Lili Taylor and is now available on most video-on-demand services. It started with Mark Mulcahy, then the first new music from Michael Stipe since R.E.M. called it a day, and many other great musicians.

Here’s the latest, with Dub Gabriel, and our conversation with the dubstep pioneer.

And if you are in San Francisco, go see it tonight (July 16) at 7 p.m. on the big screen at the Roxie, along with a q-and-a with director Tom Gilroy.

I’ve been friends with Tom for around a decade now. Introduced thru our mutual friend Aaron Kant, the three of us would occasionally play music together. Eventually thru Tom I met Michael (Stipe) and the four of us collaborated on a cover of the song Cheree by the band Suicide on my 2008 album "Anarchy & Alchemy" and then again in 2009 on the tribute album for Mark Mulcahy, "Ciao My Shining Star."

We actually did both. I first sent him a shot list that I liked and then he sent back the shots I requested as well as some other shot ideas ideas he had. It is nice when you can riff ideas off of each other like that.

Well, it wasn’t as simple as syncing it to my music because I had to compose the music first. The music was inspired by the feeling that the movie and the shots gave me. Hahn Rowe, who scored it as well, worked with Tom, Michael and I on the "Ciao My Shining Star" project and did an amazing job scoring it, but I wanted to give my own adaptation to it. So both with the music and the visual, it is about the emotions of the movie, introspectiveness and isolated feelings that I wanted to convey.

I think it turned out fantastic. It is not intended to be conventional at all, it was purely to strike an emotion that the film conveyed. I was always a fan of Warhol’s screen test series because at first glance you might miss it, but as you continued to watch them you start to pick up on the subtle narrative that they conveyed. That narrative could be insecurity, anger, disconnect or many other attributes, but it is always there and until you relax and give your complete focus to it, you might not see it.

I’ve been dabbling a little bit with visual/audio pieces in recent years. I did a music video for one of my tracks on my last album called “Is this Revolution?” featuring The Spaceape out of the UK. It featured 2186 still images and text flashing at ½ a second each to play out a narrative of the song, pretty much a complete opposite of what I did with Tom for "The Coldlands." These days the basic concepts of how audio and film software work are very similar, so it has been easy to get my feet wet and play around with film and visuals.

Do you have a favorite film soundtrack, or a favorite film moment where the music and the visuals work together to evoke a feeling or emotion that's particularly memorable?

Here is a top five of some of my favorites.

"Lucifer Rising" is a short film by director Kenneth Anger. The film was completed in 1972 but was only widely distributed in 1980. Anger began filming around 1966, hiring a young musician named Bobby Beausoleil to act and compose the soundtrack. The film was abandoned in 1967 because Anger claimed the film footage had been stolen by Beausoleil. (Beausoleil and others said that Anger had simply spent all the money for the film). Anger then used some of the existing footage in another short film, "Invocation of My Demon Brother." Beausoleil was convicted of killing Gary Hinman under the orders of Charles Manson in 1970. Anger began filming again several years later, with British singer Marianne Faithfull appearing in the film. Jimmy Page was brought in to record the soundtrack, but after he had a falling out with Anger, he was replaced by Beausoleil, who wrote and recorded the music in prison.

Italian director Michelangelo Antonioni widely best known for his 1966 film "Blowup" made what eventually became a cult classic, but at the time a commercial failure with "Zabriskie Point." It was a ground breaking movie depicting the American counter culture with a score by Pink Floyd, Grateful Dead and others.

This German cult classic finds a 14 year old girl in 1970’s West Berlin lost in a culture searching for her identity. She finds comfort in heroin and the music of David Bowie while she works her way thru the trials of youth and desperation.

Filmed in Brixton in the late 70’s it documents UK’s Soundsystem Culture with legendary footage of Jah Shaka, Aswad and others.

While electronic music has become a household name and new generations are praising it’s founding fathers Kraftwerk & Giorgio Moroder, little attention has been given to Electronic Music’s founding mother, Wendy Carlos. Born Walter Carlos in 1939 she was an openly transgendered woman that won three Grammy awards for the ground breaking Switched on Bach album, but it was her iconic work that she did in the film "Clockwork Orange" that in the world of movie scores and soundtracks put her in a league of her own.