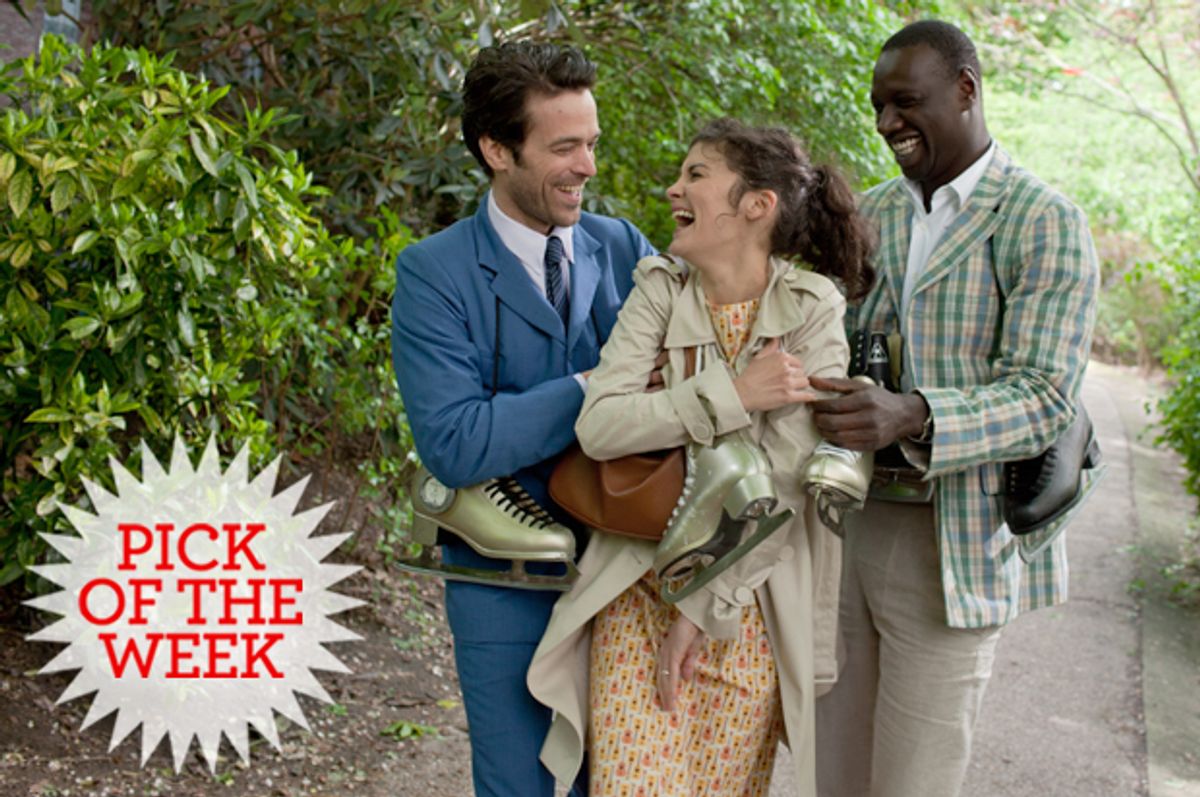 In the decade since Michel Gondry teamed up with Charlie Kaufman to make “Eternal Sunshine of the Spotless Mind” — one of the most beloved films of our young century — the French-born director and DIY special-effects pioneer has had a peculiar and intriguing career, without getting anywhere near that level of success or acclaim. Gondry tried to follow the obvious trajectory and establish himself as an indie writer-director, with underwhelming results (“The Science of Sleep,” which is pretty good, and “Be Kind Rewind,” which isn’t). He followed the money and tried to become a Hollywood director (“The Green Hornet”), and I’m sure he’d rather we all forgot about that. Gondry’s best and truest movies of the period have been the ones that resisted grand ambition or commercial aspirations: A documentary about his aunt (“The Thorn in the Heart”), an animated interview with Noam Chomsky (“Is the Man Who Is Tall Happy?”) and a collaboration with teenagers from the Bronx (“The We and the I”).

Maybe what he was looking for all along was waiting for him back at home. I don’t mean that Gondry’s Parisian love story “Mood Indigo” — believe it or not, the first narrative feature he's made in French — is likely to be a huge hit; it’s too idiosyncratic and personal, not to mention too profoundly French, for that. But from its dazzling and inexplicable opening scene, in which a roomful of 1960s-style typists begin banging out the story, on typewriters that move from one person to the next on tiny rails (all set to Duke Ellington’s exuberant “Take the A Train”), this is Gondry at his most liberated and inventive. You simply can’t grab hold of “Mood Indigo” in its early scenes, and you’re better off surrendering to its crackpot energy and enjoying the ride: Hot-and-cold running eels (delivered through what you and I might consider the water pipes), a TV chef who can reach through the screen and hand you ingredients, a dance style that renders your legs long and rubbery, the Internet conceived as a room where bored, gossiping women look things up on gigantic wall maps or in city directories.

“Mood Indigo” was adapted by Gondry and co-writer Luc Bossi from a 1947 surrealist-influenced novel by Boris Vian, a writer, musician, critic, tinkerer and all-around eccentric who was a major cultural figure in postwar Paris but remains virtually unknown in the English-speaking world. Vian was a drinking buddy of Camus and Sartre, helped introduce Ellington, Miles Davis and other jazz giants to the French public, and translated Raymond Chandler. He was the consummate America-obsessed French intellectual, in other words, and his loopy, tragicomic novel “L’Écume des jours” (published in English first as “Froth on the Daydream” and later as "Foam of the Daze") feels so Gondry-esque I’m almost surprised to discover it really exists.

Almost any degree of plot synopsis about “Mood Indigo” runs the risk of being misleading, largely by making the movie sound fatally whimsical. No doubt it will have precisely that effect on some viewers, but if it works on you it does so as an exquisitely managed mood piece and an unforgettable visual experience, one that uses fantasy and artifice as a pathway to emotional truth. As in Vian’s novel, our hero Colin (Gallic heartthrob Romain Duris) is a nattily dressed and independently wealthy bon vivant whose prized invention, the “pianocktail,” distills alcoholic spirits from musical notes. But Colin’s life of phantasmagorical luxury — his apartment, at least at first, resembles a passenger-train car suspended atop a skyscraper — has been transposed to multiethnic 21st-century Paris. (As the Chomsky film made clear, Gondry is highly alert to political issues; he just doesn’t choose to lead with them.) Colin’s cook and confidant, Nicolas, is played by Omar Sy, the star of “Les Intouchables” and the most recent “X-Men” movie; his best friend, Chick, is played by Moroccan-born Gad Elmaleh.

Colin is downcast upon learning that both of these guys have girlfriends, especially considering that Chick’s only passion in life is collecting all things related to a stern, bespectacled philosopher called Jean-Sol Partre. (Given that Vian was apparently friendly with a real philosopher with a strikingly similar name, it’s noteworthy that this figure seems like a pompous caricature whose influence on the story is overwhelmingly negative.) But when Colin puts on his self-tying brothel-creeper shoes, following a stretchy-leg dance lesson from Nicolas, and accompanies his pals to a birthday party (OK, to a dog’s birthday party) that all changes. That’s where he meets Chloé (Audrey Tautou, of “Amélie,” “Coco Before Chanel” and so on), who is not only beautiful but bears the name of an obscure Ellington tune. He is lost, of course.

Colin and Chloé have a whirlwind Parisian romance, courtship and marriage -- which gestures, here and there, at films by Truffaut and Agnès Varda, among others -- although most previous stories I have seen about those things do not involve giant talking parrots, earthquakes that open fissures in a skating rink and the Paris Metro overgrown with vines. In order to get married, they must win a go-kart race through the cathedral, against Nicolas and his aristocratic girlfriend Isis (Charlotte Le Bon), and while that scene is giddy, silly POV fun, it marks the beginning of a change in “Mood Indigo,” at first very subtle and then a lot less so. As the story moves along, you realize that you weren’t imagining the faintly sinister or at least sad undertow that lay beneath the fanciful fantasy all along. The dream landscape of this film, with its self-assembling and disassembling meals and disconnected human limbs (in the vein of legendary Czech animator Jan Svankmajer) has a hint of nightmare, and gradually the color and joy begin to leach out of it.

Although the inebriated, jazz-infused frenzy of the first few minutes give almost no hint of this, “Mood Indigo” is Gondry’s most unforgiving and most haunted film since “Eternal Sunshine,” and makes clear that all his homemade gizmos are layered on top of a tragic sensibility. Maybe you’ll find it cloying when Colin and Chloé travel over the rooftops of Paris in a little mechanical cloud (an ur-Gondry device if ever there was one), but I absolutely didn’t. We need to hang onto those flying-cloud moments, when our shoes tie themselves and we fall in love with someone who has appeared out of a dream or a beloved song, in order to survive the other things that happen -- and we don’t do that in any case. Boy gets girl and the music plays, and that’s wonderful. But we know how it ends.