Why didn't Philip Seymour Hoffman leave anything to his children? 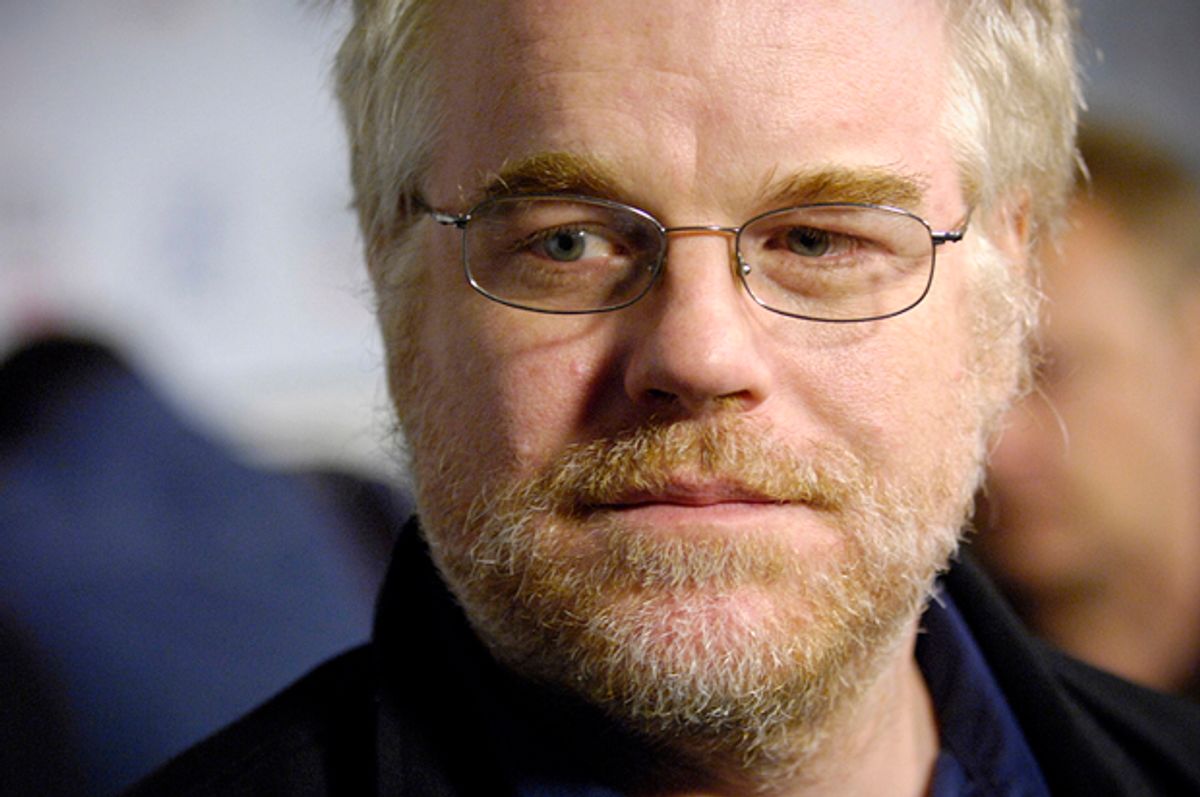 It's not just what you give your kids. It's what you don't give them that defines them too. Philip Seymour Hoffman could not give his three children – his son Cooper, 10, and daughters Tallulah, 7, and Willa, 5 – the gift of a father who would always be there to help them with their homework or take them to ball games or applaud at their graduations or dance at their weddings. He died in February, at the age of 46, of an accidental drug overdose. And with his death, we learned he didn't give his children something else, something unusual for an Oscar-winning actor worth millions. He didn't give them his fortune either.

In court documents revealed Monday, the actor strongly stipulated that he "did not want his children to be considered 'trust fund' kids." In the Manhattan Surrogate’s Court filing, court appointed attorney James Cahill Jr. says Hoffman's accountant, David Friedman, "recalled conversations with [Hoffman] in the year before his demise where the topic of a trust was raised for the kids and summarily rejected by him." Instead, Hoffman declared that he wanted his money to go his partner and the mother of his children, Marianne O’Donnell, with Hoffman expressing faith she would "take care of the children." Though the will itself was drawn up before the births of their younger children, Cahill says that "because there is nothing suspicious about the actor’s will, it should be approved by the court."

Hoffman's hope that his children wouldn't grow into dependent adults has echoes in the stance of Sting, who last month revealed that he's told his children, "There won’t be much money left because we are spending it! I certainly don’t want to leave them trust funds that are albatrosses round their necks. They have to work. All my kids know that and they rarely ask me for anything, which I really respect and appreciate." Of course, the difference is that Sting's children are all legally adults now, while Hoffman's are still young. But Nigella Lawson, whose two children are teenagers, has likewise declared, "I am determined that my children should have no financial security. It ruins people not having to earn money."

There are reasons to say that Hoffman's plan may not have been the most fiscally sound one. As Robert W. Wood points out in Forbes, because Hoffman and O’Donnell were not married, "taxes will devour about $15 million" of Hoffman's estate. "If they had been married, the property could all pass to Ms. O’Donnell tax-free." (Hoffman reportedly told Friedman he "simply did not believe in marriage.") And, Wood hints that Hoffman likely did not consider a scenario in which his children would be left without him so young, noting that "one might classify education differently from creature comforts." But in a world in which inherited wealth is becoming a genuine – and potentially economically disastrous -- social problem, Hoffman's plan for his children could be viewed as a favor to everybody.

Should you dare to read some of the comments attached to some of the stories about Hoffman's choice today, you will see plenty of disgust that a man who was able to support a serious drug habit adamantly refused to leave any money to his own children. But he placed his faith in his children's mother to provide for them, and the intention seems clear – forgoing the trust fund was not a punishment, but a gift. It was a hope that they would grow up to be curious, independent, contributing human beings. Why else would he also have stipulated in his will that "It is my strong desire [that] my son, Cooper Hoffman, be raised and reside in or near the borough of Manhattan [or] Chicago, Illinois, or San Francisco, California. The purpose of this request is so that my son will be exposed to the culture, arts and architecture that such cities offer"? He didn't want to leave his children mere money. He wanted to leave them the things money can't buy – experience, diversity, opportunity. And that's a legacy they can be proud of.