GOP's 30-year spin job is over: Why we are not a center-right nation

From minimum wage to the environment to abortion, America is far more liberal than the media or the right admit 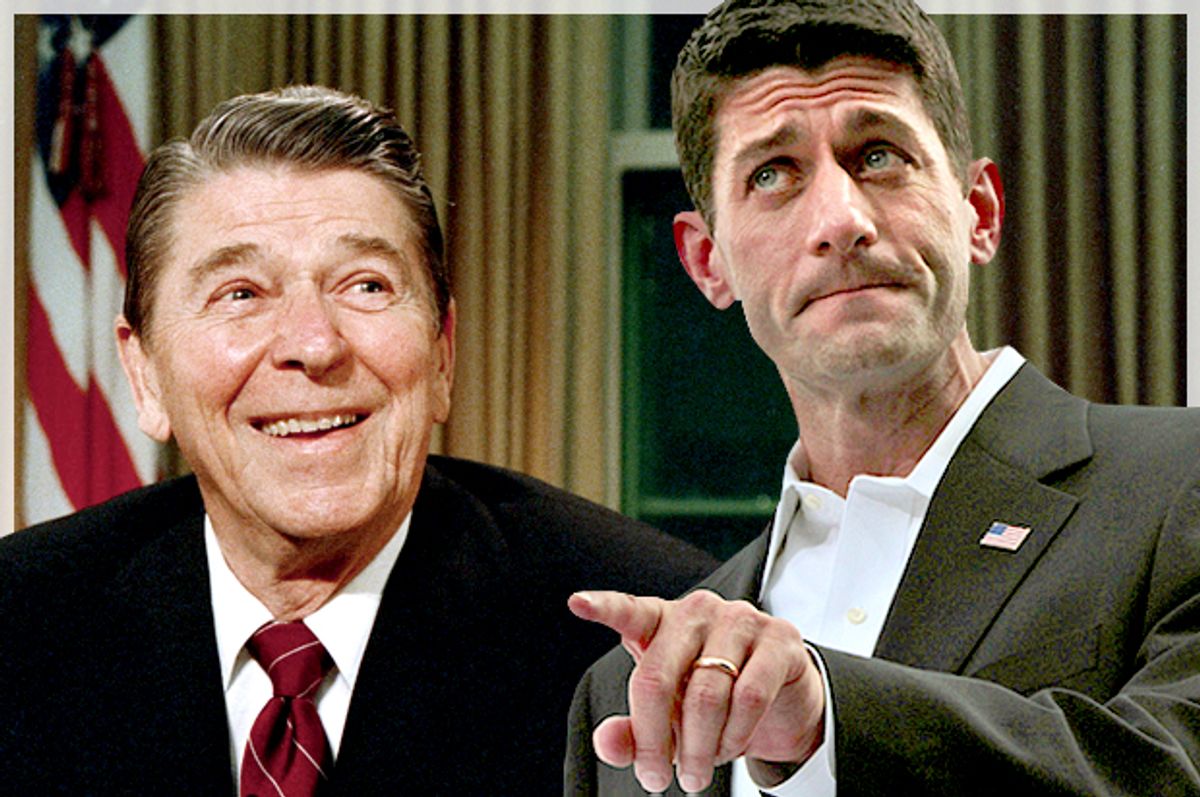 It is a persistent belief among many in the political and media establishments, fed by decades of right-wing propaganda, that the United States is a “center-right nation” that finds progressives to be far too liberal for mainstream positions of power.

If you look purely at electoral outcomes, those who assert this appear to have a fairly strong point. The last several decades of federal politics have been dominated by center-right policies and truly left-wing politicians have been largely marginalized (e.g., Bernie Sanders). Even Clinton and Obama — the last two Democratic presidents who, theoretically, should be leftists — are corporate-friendly moderates who have triangulated during negotiations with Republicans to pass center-right policy compromises (e.g., Obama’s Heritage Foundation-inspired ACA or the Clinton Defense of Marriage Act compromise).

While electoral results may support the idea of a center-right nation, looking beyond electoral politics — which involve a mixture of policy choices, party politics, fundraising and propaganda — and focusing purely upon raw policy preferences leaves us with an entirely different picture.

Here is a compilation of polling data from various reputable American polling organizations, describing the policy preferences of the Americans people over the last year.

The fact that such a large number of Americans believes that the distribution of wealth is currently too skewed toward the wealthy is made far more relevant by the fact that they don’t actually know just how skewed the wealth distribution has become. As explained by Michael Norton of the Harvard Business School, Americans think that the current distribution of wealth is far more equal (middle bar graph) than it actually is (top bar graph) — in short, they recognize the problem, but lack an understanding as to just how bad it has become.

According to Gallup Polling, 54 percent of Americans support labor unions, while only 39 percent disapprove of unions.

According to Pew Research, 54 percent of Americans support keeping abortion “legal in all/most cases,” while only 40 percent support making abortion “illegal in all/most cases.” While informative of public opinion, this poll is moot, as abortion is a constitutionally protected right, and there is no way for even a majority of antiabortion voters (that hasn’t existed for decades) to legally make abortion illegal in most cases.

According to ABC/Washington Post polling, 51 percent of Americans disagree with the Supreme Court’s decision to strike down Section 5 of the Voting Rights Act, while only 33 percent support the decision. This decision was a direct result of the Alabama GOP’s attempts to circumvent the Voting Rights Act preclearance provision, and was engineered to allow right-wing legislatures to pass voter disenfranchisement laws.

According to Gallup Polling, 58 percent of Americans support legalizing marijuana, while only 39 percent support continued criminalization.

Even Fox News Polls indicate that 68 percent of Americans support a pathway to citizenship, while only 15 percent support deportation — of the remaining 17 percent of those polled, 13 percent support expanding guest worker programs while 4 percent didn’t know what they wanted.

According to these policy polls, an “average American” supports the redistribution of wealth through taxing the wealthy more, wants to increase the minimum wage and environmental protections, thinks that unions are beneficial to society, and opposes attempts to cut anti-poverty programs or entitlements, even if those cuts are intended to balance the budget. On social issues, this theoretical American supports gay equality, reasonable abortion access, universal background checks for gun purchases, wage equality for women and the legalization of marijuana.

In short, this “average American” holds views that line up almost exactly with a center-left political ticket, similar to what many European social democratic parties have run on. It is certainly true that this description of the average doesn’t take into account regional variations (e.g., the South likely holds many extremely conservative Americans whose preferences are simply canceled out in these national poll by the more populous coastal cities), but this is an accurate description of the aggregate opinion of the entire population of the United States.

While Americans tend to align with the left or center-left in terms of policy, a disproportionate number still vote for Republicans or self-identify as conservatives. These people are voting based upon their perception of the parties (e.g., voters can grow up “conservative” or “liberal” and will reflexively vote for a person who identifies as part of that “tribe” over others) or other non-policy criteria.  They are using heuristics and socialized cues (e.g., religion) to decide whom to vote for, rather than an objective assessment of which candidate better supports their policies.

This phenomenon was summarized succinctly in a recent working paper by Broockman from U.C. Davis and Skovron from the University of Michigan:

The tendency of the American public to vote based upon party or cultural identification rather than objective policy preferences creates a situation where almost half of our political representation in the federal government supports policies that are supported by only a tiny minority of the total population; this is what has led Congress to have a 13 percent approval rating, up slightly from when it cratered to 9 percent in late 2013.

If the American people want to actually implement their policy preferences, they need to stop voting based upon cultural or party identifiers and start voting based purely upon policy. Democrats need to vote for progressive politicians while Republicans need to vote for conservatives who do not live so far out on the fringe that they fall off the edge of sanity.