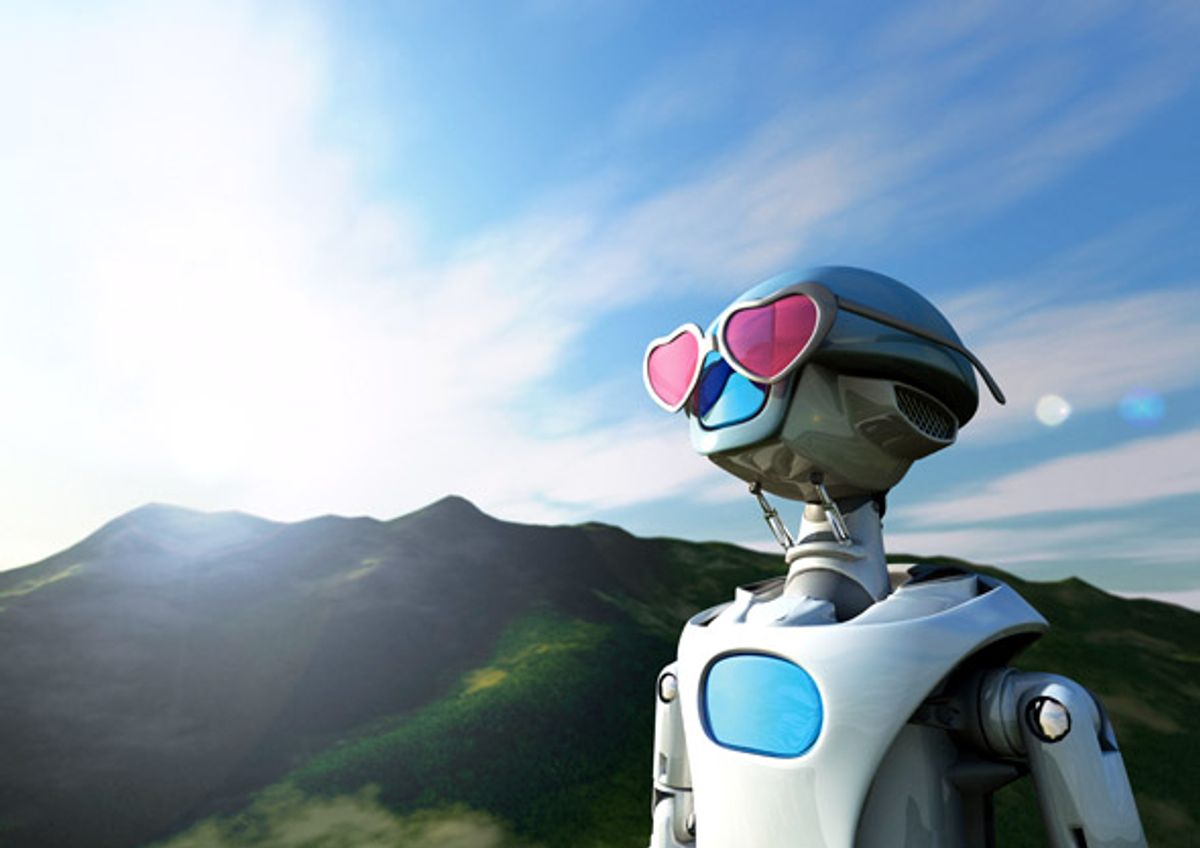 Think sex robots are funny? Strange? Unnecessary? Well, just wait until you're using one -- because that's exactly what sex toy pioneers are aiming to make happen on a large scale. According to Betabeat, the fields of teledildonics and cyberdildonics -- fancy ways to describe an array of new sex toys that rely on computers -- could change the way we perceive sexual pleasure forever. But do they have the power to replace the intimacy of true human-to-human physical connection?

As Betabeat reporter Jordyn Taylor found, the toy has plenty of bang for its bytes: It not only allows users to control the toy's vibration by voice control or tap pattern, but can do so over huge distances. Such teledildonic innovation could have huge benefits for long-distance couples, Taylor points out, but it also has the potential to advance our sexual expectations:

Taylor thinks not, and I'm inclined to agree. Part of what's appealing about teledildonics is the opportunity to engage with another person in some way from far away; instead of simply acting like a normal vibrator, for instance, tools like blueMotion add another human being to the mix. That's a crucial example of intimacy that can be mimicked to an extent, but never fully replaced by a computer. So perhaps the makers of blueMotion and other cyberdildonic toys really will change our sexual expectations permanently: They'll make us expect our mechanical, robotic or computer-based sexual aides to live up to their human counterparts.