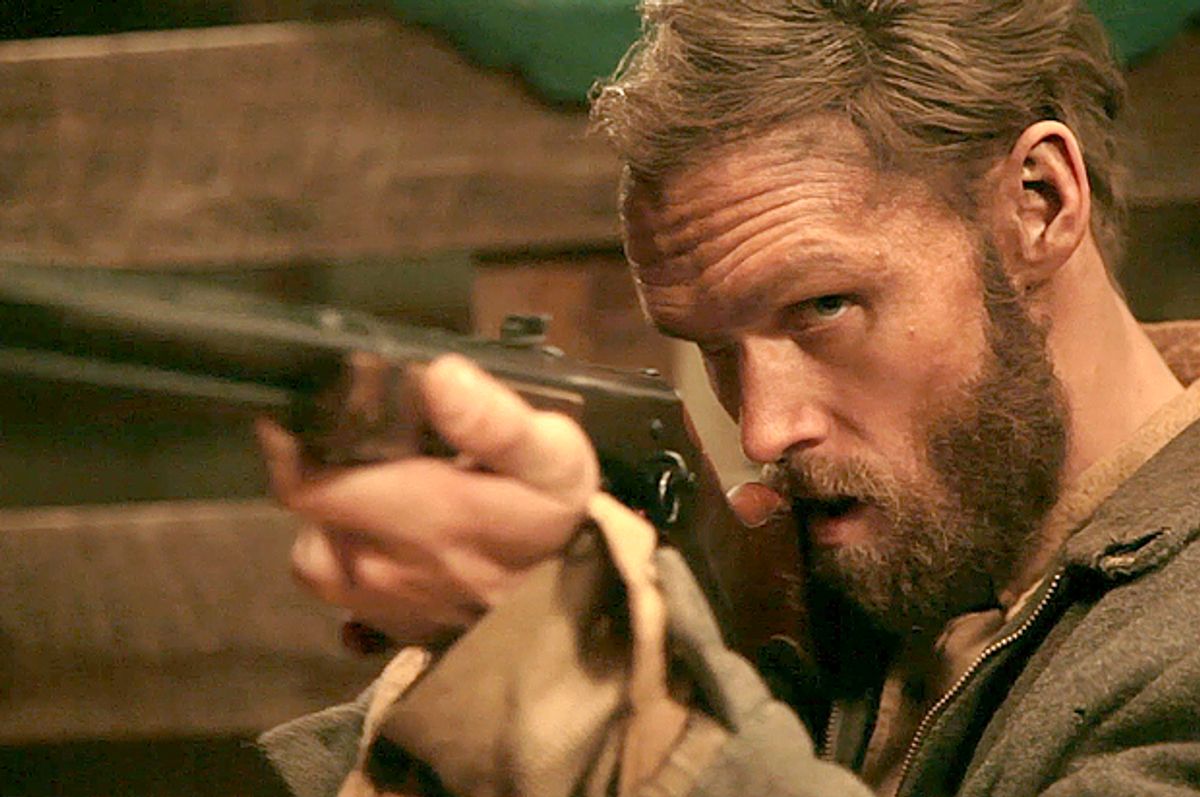 If the medium-term arc of the performance art project that is James Franco’s career retains some elements of mystery, Franco as a filmmaker isn’t difficult to figure out at all. He’s immensely earnest and sincere, as distinct from at least some of the screen and/or celebrity personas of the Franco performance. He’s both literary-minded and literal-minded, devoted to a blood-and-dirt version of American authenticity. People have sometimes tried to decode Franco’s interest in homosexuality and sexual rebellion as keys to his own behavior; he has made films about the poet Hart Crane and the actor Sal Mineo, as well as an experimental gay-porn film jumping off from William Friedkin’s “Cruising.” At least in the work, it feels more like a thematic obsession, a search for some essential form of masculine artistic integrity.

If Franco were just an obscure indie filmmaker fascinated with poets, rebels and toothless Appalachians instead of a movie star – well, first of all, he wouldn’t possibly have gotten festivals, distributors and at least a few members of the general public interested in what are basically student films. I suppose it’s a blessing and a curse: Franco the film director is doing his artistic growing up in public, and he certainly doesn’t get to complain about that. On the other hand, he runs the risk of being permanently associated with something like his puzzling 2013 adaptation of Faulkner’s “As I Lay Dying,” which was not so much a terrible film as a dull and constricted one. Sometimes it was a by-the-numbers literary classic turned into 1970s television, and sometimes it was the work of an excitable film-school grad who’d done too much acid.

The good news about Franco’s latest face-in-the-mud voyage into Americana, an adaptation of Cormac McCarthy’s gruesome and wrenching novel “Child of God” that Franco co-wrote with Vince Jolivette, is that it’s a lot more watchable and engaging than “As I Lay Dying.” It still feels like an illustrated book a lot of the time, with on-screen chapter headings, a narrator reading big swaths of McCarthy’s fulsome prose and a deliberately disruptive pace that inhibits any sense of dramatic or chronological flow. But Franco feels much more comfortable with the camera, individual scenes can be quite absorbing and the whole project is anchored by Scott Haze’s memorable performance as Lester Ballard, the eponymous “child of God,” a phrase one used in rural America to denote an outcast, especially a disabled or mentally ill person who had been renounced by everyone save the deity. (Franco plays a modest supporting role, as does co-writer Jolivette.)

As Haze portrays him, Lester is mumbling, rambling, disconnected and unhappy, but not necessarily stupid, evil or even half as crazy as he seems. It’s a powerful story about a man driven to do dreadful things by his isolation from a small-minded and morally pinched community, but … can you tell we’re getting to the bad news? The bad news is that almost nobody will want to sit through a movie this grueling, at least for the minimal returns this one can offer. Let me put it this way: The scene in which Lester finds a recently deceased young woman in the back seat of an abandoned Chevy and has sex with her is not anywhere near the worst thing in “Child of God.” I have to admit that the sequence that follows is hilarious, in a deep-black vein: Lester keeps going away and coming back again, because he’s forgotten his shotgun or his brace of dead rabbits or just wants another look at his slightly blue partner. Then he -- oh, never mind. Spoilers and all. Trust me that the whole experience takes a lot out of you, and I’m not sure toward what end.

I mean, one can definitely imagine a movie about something this deranged and disturbing that is worth the pain. (Even the book feels a little like McCarthy trying to out-Faulkner Faulkner.) Subject matter is almost always less important than execution, and in the hands of, I don’t know, Paul Thomas Anderson or Andrea Arnold or the Coen brothers (or Cary Fukunaga, who made the best episodes of “True Detective”) this yarn of necrophilia in backwoods Tennessee might become a work of profound moral philosophy or grotesque horror-comedy or ruthless anthropology or whatever else you want to come up with. There’s no denying Franco’s ambition, and in “Child of God” you can see evidence (almost for the first time) that he’s reaching for something he may one day attain. He certainly means to take these films seriously -- this is a funny thing to say to James Franco, but maybe the dude should lighten up. But they are only one facet of his life-role as 21st-century Renaissance man, and they don’t have his full attention.

"Child of God" is now playing in Chicago, Dallas, Los Angeles, New York, Tampa, Fla., and Washington. It opens Aug. 8 in Phoenix and Tulsa, Okla., with more cities and home video to follow.