Dads: Don't congratulate yourselves on your feminism

Fathers are speaking up for girls -- so why does the message sound like it's about themselves? 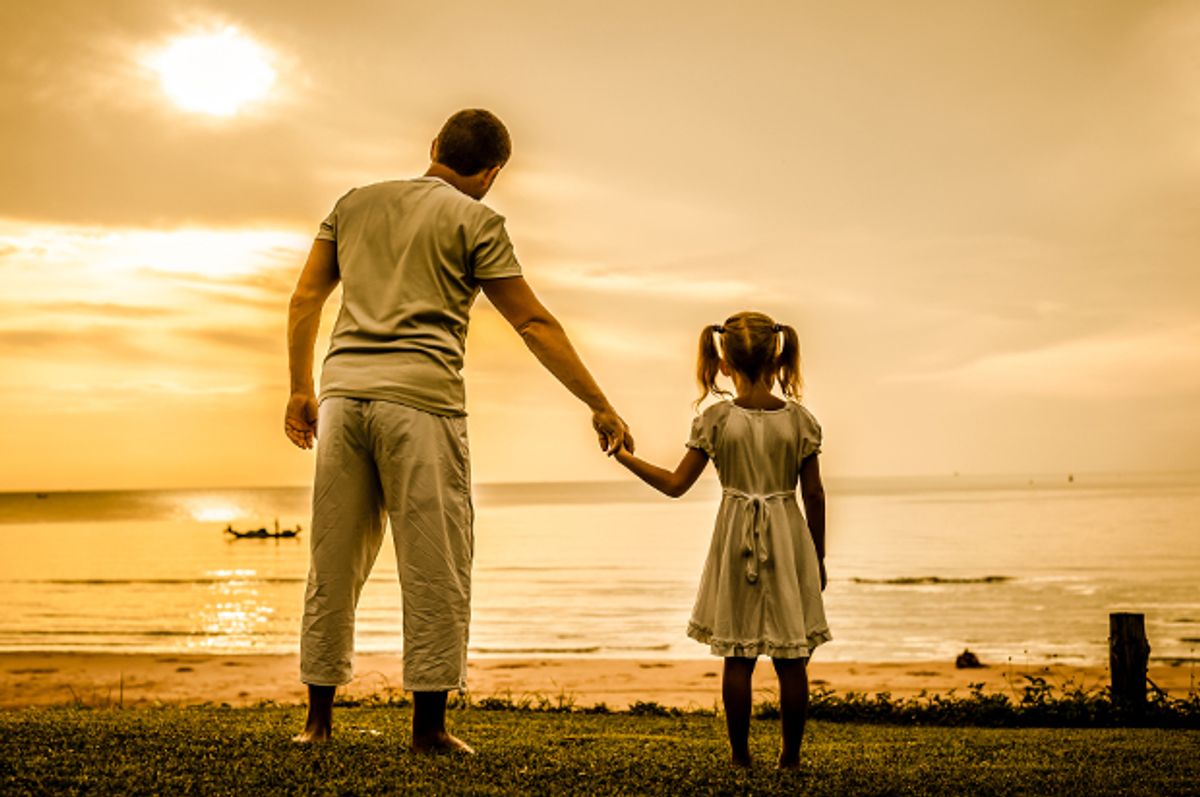 Dads, it's not that your investment in the well-being of women everywhere isn't welcome and deeply appreciated. The wisdom you want to share about how parenting daughters has made you aware of their need for strong role models and respectful treatment from their peers is admirable. But in the same everything is a teachable moment spirit that inspired you to give advice to the world about daughters, permit me please to offer you some advice on how to offer advice about daughters.

There's been a minor surge of late of dads going viral for being – novelty! -- engaged with and interested in their daughters. In June, Kristine Speare posted a photo of her father's "Rules for dating my daughter" shirt – rules that state, "1. I don't make the rules, 2. You don't make the rules, 3. She makes the rules, 4. Her body, her rules," and quickly won the resounding approval of the Internet. Last month, single parent Earl Hayes Raglin Jr. became a YouTube sensation -- for posting a 30 second clip of himself styling his twirling daughter's hair into a bun. "Today" heartily praised him for "helping daughter Jordyn with her interests, whether it’s with cheerleading or the desire for a new hairstyle." Right around the same time, Christian songwriter Benji Cowart quickly amassed several million YouTube views for his tweaked version of Magic!'s "Rude." "Why you gotta call me rude?" he crooned, "I'm doing what a dad should do – keep her from a fool like you." The sentiment was sweet – "She deserves better"  -- and the clip was lighthearted parody, yet the immediate popularity of it proved that people love songs by guys who say they're going to marry your daughter and guys who say you can't marry their daughter. And then last week, AllHipHop's Chuck Creekmur wrote an open letter to Nicki Minaj as a worried father, "a being that cares how this ratchet s**t affects my kid." In it, he scoldingly explained his concern over Minaj's booty-centric image on "Anaconda," saying that "The dad guy is not a happy camper, particularly now that his lil’ girl is transitioning into a young lady" and asking, "Is this the path you want to lead impressionable kids down?"

There's no question that fathers are essential to the public conversation about parenting girls, and their involvement and example in their lives is crucial. There's also no question that at a moment when young women are distancing themselves from feminism, we need all the positive encouragement we can get. It's just about context, and not simply applauding guys over what can still look like a pretty retro message. Writing on Thursday for The Cut, Kat Stoeffel deftly explained her reasons why "No act of personal writing makes my skin crawl like when a father sits down to describe what having a daughter has taught him about the female experience," because "Often the writer-dad’s newfound sensitivity is overshadowed by his prior obliviousness: He was apparently unable to empathize with women before one sprung from his loins."

It's immensely challenging to write about parenting in a way that's fresh and doesn't feature the icky "I never understood about life and love until this precious being came along" narrative. The flesh-crawling that Stoeffel describes about dads speaking to the female experience – I have the same visceral response to the phrase "mommy blogger." I get the creepy crawlies just typing it. But this stuff can be done right. In May, Ariel Chesler, a writer and father of two daughters, wrote in Time that "Feminism benefited us dads greatly by encouraging increased involvement in our children’s lives, and forever changed our roles," and that "Feminism is also crucial for dads raising boys" -- statements that parents and children of both sexes can be grateful to Chesler for saying and to feminism for making possible. See? Inclusive, simple and all around nicely done. And if dads want to participate in the dialogue about parenting – and their presence is more than welcome -- it'd be great if that participation could involve more than what often looks very much like a combination of self-congratulation, shaming and the eureka observation that all the crap the world inflicts upon women is now something you might actually have to care about. Show us you care about girls and women not because you're a dad, but because you're a human being.