A U.K. cardiologist speaks up for healthcare's last taboo 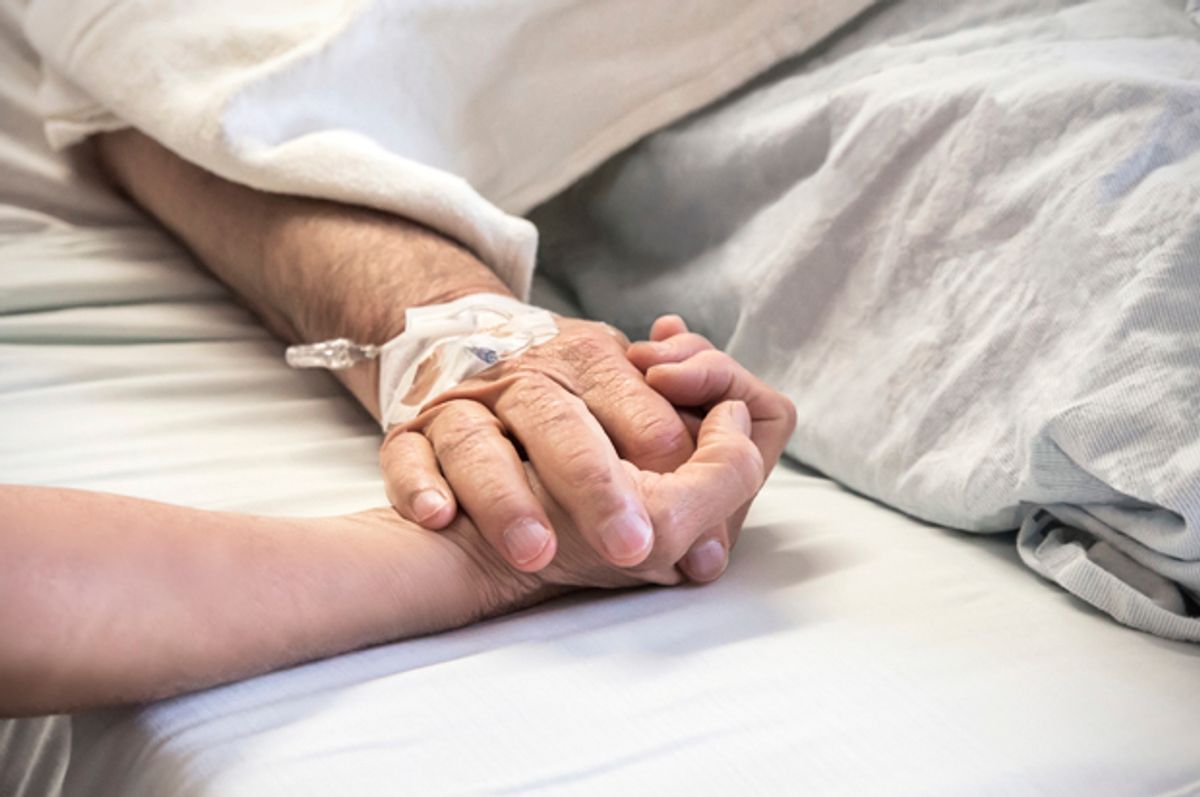 Death is not the loss of a battle. It is a natural consequence of life. So why is it that too often the medical community – as well as patients themselves and their family members – spend so much time and money extending lives that are, for all intents and purposes, over? It's a question that doesn't get asked enough, but this week a British cardiologist did just that.

In a recent interview with BBC 4, James Beattie, of the East of England NHS Foundation Trust in Birmingham, argued against intervention and in favor of something unique in modern healthcare: a more natural way of dying. "If a person is in hospital, particularly an elderly person, with multiple comorbidities, if they have a cardiac arrest, it's a sign they are of decline," he explained. "It's their act of dying and they should not be resuscitated, they should be allowed to die."

But allowing people to die is not the generally accepted protocol. In the U.S., end-of-life care accounts for a staggering proportion of our healthcare costs. And as Michael Bell noted in Forbes last year, "A lot of the money being spent is not only not helping, it is making that patient endure more bad experiences on a daily basis." Part of the reason, James Beattie suggests, is that we have become a culture that simply doesn’t have as much experience confronting death, thanks to longer life spans and medical advancements that are "making dying more complicated." "Our great-grandparents and to some extent our grandparents grew up with people dying before the days of antibiotics. That’s denied these days," he says. "People died at home. Death is now becoming something that largely in hospitals and care homes, somewhere removed from the family and the home. We need to make it a more natural expectation."

When we do otherwise, when we cling to the illusion of life when life is essentially gone, we are not merely feeding into an expensive and overburdened system. We are increasing the suffering of patients, creating guilt over the vague concept of doing "everything possible" while fueling the medical system's terror of lawsuits and, significantly, denying families the opportunity to grieve. Extending life is not in and of itself a noble or useful goal. We know this instinctively – a recent study of over a thousand doctors revealed that an impressive 88.3 percent would opt for a "Do Not Resuscitate" plan if they had a terminal illness.

Like many people, I have seen the ravages that the end of a long life can bring. A few weeks ago I spent time at a large family gathering that included an elderly uncle. He has advanced Alzheimer's, a heart condition and severely limited mobility. Though he could barely speak or eat, he seemed nonetheless to be enjoying himself, grateful for time around people invested in caring for him and making him happy. He is still a human being and his life has value, and I love him. Yet when I look at his life now compared to who I have known him to be, when I know the surgeries and numerous procedures that have brought him to this place, I can't help wondering if it's all been worth it, and what lies in store for him for the indefinite future.

I think about these things because I've witnessed them, and experienced them firsthand. I have heard well-intentioned healthcare workers tell me, when I was Stage 4, "There are always other treatment options," and it scared the hell out of me. Instead I prefer the example of writer Jane Lotter, who last year ended her endometrial cancer journey when she exercised Washington's compassionate Death With Dignity Act. She did it because, as her husband explained, "She loved life. She just didn’t want to end up like a fish flopping on a dock." Similarly, thanks to my intimate experience with cancer, I have been inspired by friends whose conditions had advanced and who have, with great presence of mind, opted for an end of active treatment and gone into strictly palliative care. It's not an easy or painless choice. But it can be an incredibly liberating and dignified one.

All of us are going to die. That means all of us need to have conversations with our families and our health providers about how we'd like that experience to go. We need to frame death not in idiotic terms of losing and we need to practice what we know in our hearts to be true – that compassion is more than simply keeping people breathing. It's being supportive and helpful so they can stop. As Beattie puts it, "Life is 100% mortality and we need to get used to that."