Kid Rock says he doesn't have that glass sex toy

Behold the best open letter of the summer 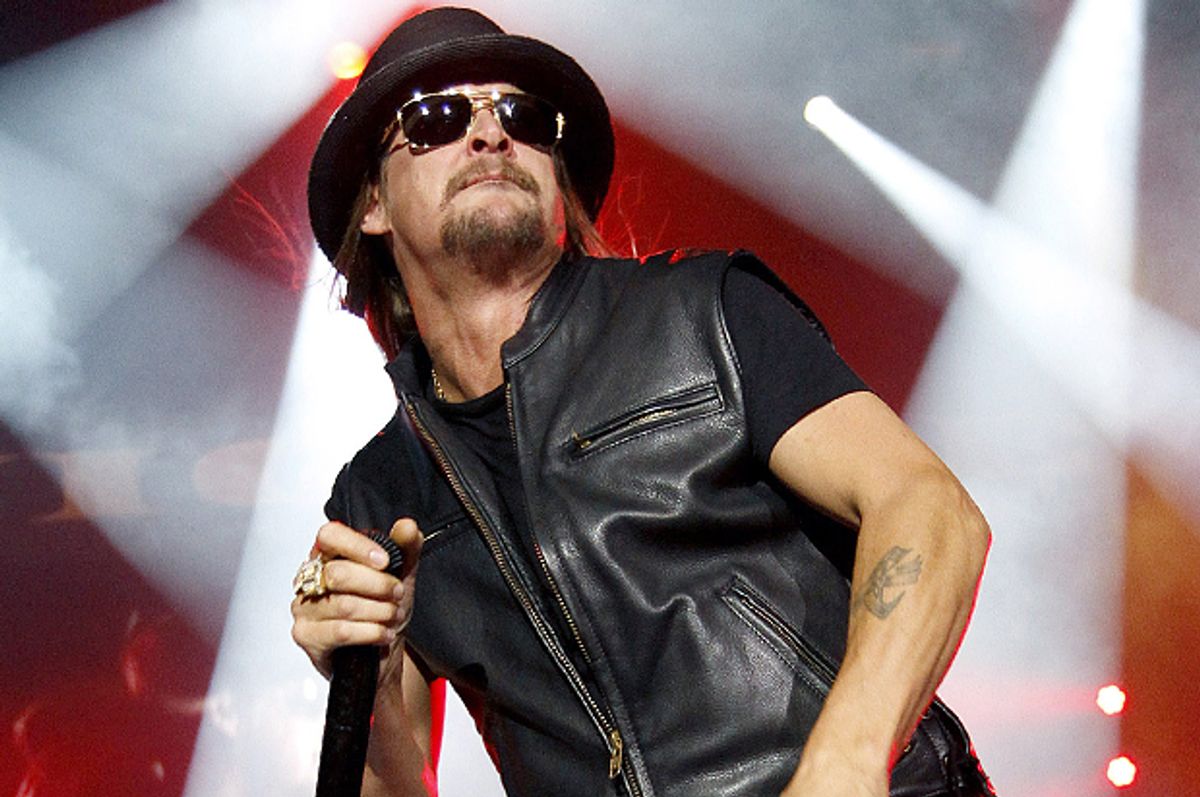 Of all the entertaining things Kid Rock has ever given his public – waffle house brawls, the sideshow that was his brief marriage to Pamela Anderson, that sex tape with some groupies and the guy from Creed, and I guess for some people, his music – this may be his greatest moment yet.

Now, Kid Rock would like you to know that he not is the kind of man who accepts other people's cast-off, colorless sex wands. Or as the headline in the Detroit Free Press announced Tuesday, "Kid Rock: I don't have glass sex toy sought in Insane Clown Posse case." Rock, fuming at both sides in the case – Diamond's for what he says is dishonesty, and Pellegrini's for dragging him into the case -- is going public with his version of events. In his "actual letters to the attorneys" posted on his site, Rock rips first into Pellegrini's lawyers Jim Rasor and Jon Marko, stating clearly that "I’ve never heard of, seen, or met any people involved in this case … It is obvious that all you ... are using my name and notoriety to garner publicity for yourselves, which makes you the worst kind of scum. You’re the types of lawyers that make America a worse place for everyone." Then he takes off the gloves, with words like "scumbag" and "blight on the planet," and mocking their photos by asking, "Did you study how to look like douchebags in college?" Imagine what it must be like to know that Kid Rock thinks you look like a douchebag. He then moves on to Brian E. Koncius, the attorney who represents Diamond, explaining, "I've never met your client, and had I met your client I'd certainly remember if he tried to give me a glass f---king dildo…. It's obvious that you are all a—holes." There's more, mostly involving the word "a—holes," and the fury within is pretty damn righteous.

I never thought I would say this – I mean, Jesus, have you ever heard "All Summer Long"? – but well done, Kid Rock. Well effing done. Rock is not a man to be accused of harboring glass dildos bestowed upon him by members of the Insane Clown Posse entourage. And he is not going to let anybody say otherwise. He is going to set the record straight with integrity and copious profanity. "Welcome to my side of the story," he says, and it turns out that Kid Rock's side of the street is a lot more fun than a cartel of lawyers and whole gathering of the Juggalos.