A Detroit home fails to entice 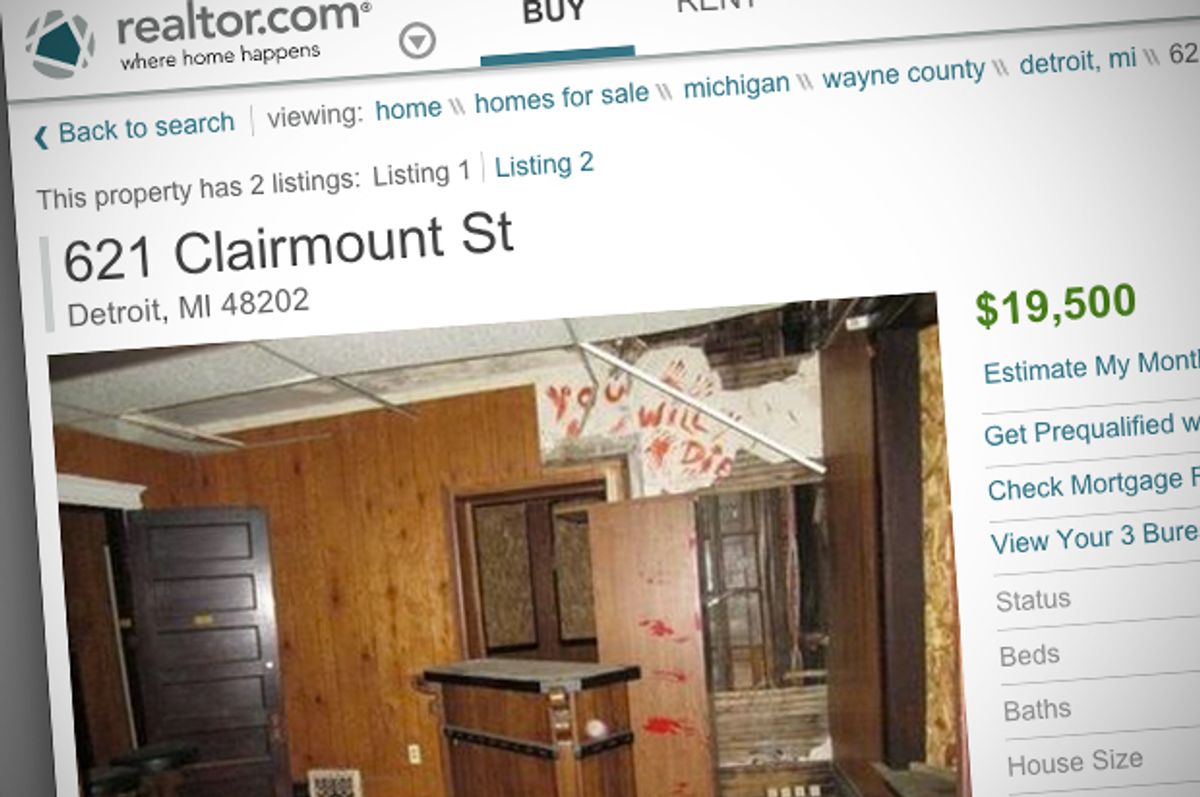 It's enough to make those of us who dwell in our beer hall and yoga studio-infested cities, where a mattress in a closet goes for $900 a month -- swear to God -- want to weep. A four bedroom, 2,084 square foot, 1905 brick house for sale. OK, so it's in Detroit. Haven't plenty of us found the disaster porn fascination with the city morbid and insulting, and even wondered what it might be like to be part of its rebirth? Haven't we seen "Detropia," and been moved by the soul and spirit of the Motor City? And isn't there a little part of our minds that thinks, "A four-bedroom house for under 20 grand? Jesus, I could put that on my credit card!"?

But before you go rushing off to leap at what the realtor describes as a "great opportunity" with a lot of "potential," you might want to take a close look at the listing for the house at 621 Clairmount Street. As journalist Celeste Headlee pointed out Tuesday, if you're wondering about the price tag, check out the photos. The listing, which Realtor.com reassuringly claims "previously was a Halloween haunted house," is not exactly in flip it to win it mode. There's the extensive wood paneling and the crumbling ceiling. And, in an epic staging fail, there's also the blood splattered walls and the words "YOU WILL DIE" smeared in red in what looks like the gruesomest rec room in the world. Nothing says "priced to move" quite like a home that looks like a scene out of "CSI." And as an online observer opined this week, if these walls could talk … they'd say, "YOU WILL DIE."