No, men aren't "having it all" either

A CEO steps back, and shows that the work-life challenge is for guys too 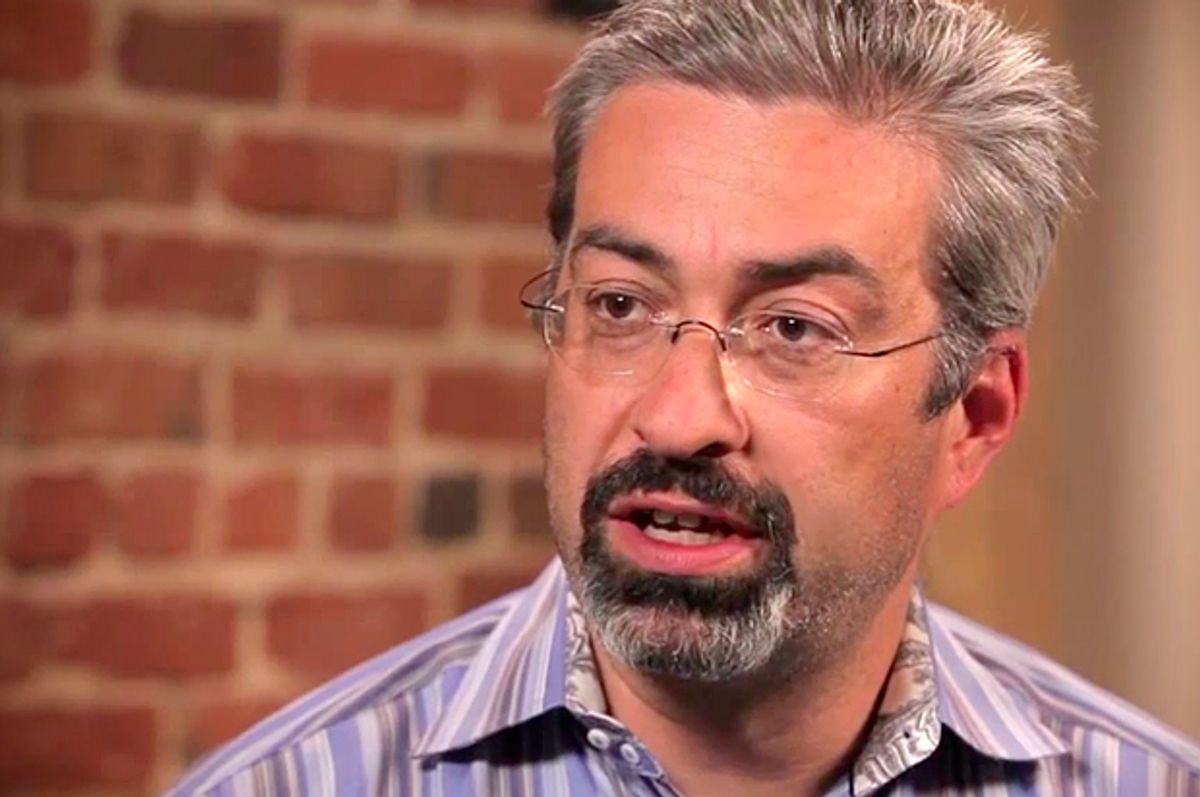 The work and life balance can be a challenge for a working parent, especially one who's climbed far up the corporate ladder. It can be demanding, fulfilling the requirements of a career while also raising children. And sometimes, a person makes the difficult choice to scale back. That's exactly what Max Schireson has done. What, did you assume I was talking about a mom here?

Writing on his blog Tuesday, Schireson, the 44-year-old CEO of the billion dollar database company MongoDB, explains exactly why he is now leaving "the best job I ever had." As he notes, his job requires him "to fly 300,000 miles this year, all the normal CEO travel plus commuting between Palo Alto and New York every 2-3 weeks." And in that time, he's been missing key moments in the lives of three children, aged 14, 12 and 9. He's missed the dog being hit by a car. He's missed his son's unscheduled surgery. He has a wife with a career of her own, a woman he describes as "infinitely patient" and who keeps the family "despite my crazy travel." And he says he doesn’t want to "abuse" her patience anymore. To that end, he's stepping back to become company vice chairman, a career he hopes will be "normal full time and not crazy full time."

The idea that a father, an actual man, would make a career shift to spend more time with his family, was so extraordinary that it quickly became a national news story. ABC News wasn't even afraid to trot out the headline that he "quit" (if you consider becoming a vice chairman quitting) "Because He Couldn't Have It All." And Vox announced that he was moving on for a "feminist reason" -- because apparently caring about one's work and family is strictly a feminist issue -- noting also that he can't "have it all."

That kind of having-it-all, this-is-a-lady-problem thinking, absurd enough when it's applied to mothers, is rarely directed at men. In his blog post, Schireson notes, "Earlier this summer, Matt Lauer asked Mary Barra, the CEO of GM, whether she could balance the demands of being a mom and being a CEO. The Atlantic asked similar questions of PepsiCo’s female CEO Indra Nooyi. As a male CEO, I have been asked what kind of car I drive and what type of music I like, but never how I balance the demands of being both a dad and a CEO." And in a conversation with Forbes Tuesday, Schireson says that spending time with his family "is not a euphemism. It’s something I needed to do for my family, and there’s never a convenient time." He explains that he had his aha! moment after he woke up after his plane to Austin made an emergency landing in Tucson that he, in exhaustion, had slept through. "In that moment," he says, "I realized, 'What am I doing?'"

For a successful male to come forward and say that the work-life balance is something not just moms contend with is an amazing and excellent thing, and with luck, it will encourage more men to consider their career options creatively and in the context of emotional fulfillment as well. But it's telling that he also says that "MongoDB deserves a leader who can be 'all-in' and make the most of the opportunity." The job doesn’t change. The corporate structure doesn't change. It's simply shifted to accommodate one very valuable employee.

The corporate world has to do better, not just for moms or even dads but everybody, whether they're single or partnered, parents or child-free. There has to be an understanding that all of us deserve lives outside of our jobs, and that in fact we function better as employees when we are not waking up, baffled, on a tarmac somewhere in Tucson. And the media needs to shut the hell up already with the idiotic notion that anybody can have it all. We make sacrifices. We make tradeoffs. It's what grown-ups do. All of us. As Schireson says, "Life is about choices. Right now, I choose to spend more time with my family and am confident that I can continue to have a meaningful and rewarding work life while doing so. At first, it seemed like a hard choice, but the more I have sat with the choice the more certain I am that it is the right choice."