More FitBits for your lady bits (and man bits too)

Kegel vibrators are finally being met with penis pedometers. But who benefits from genital fitness trackers? 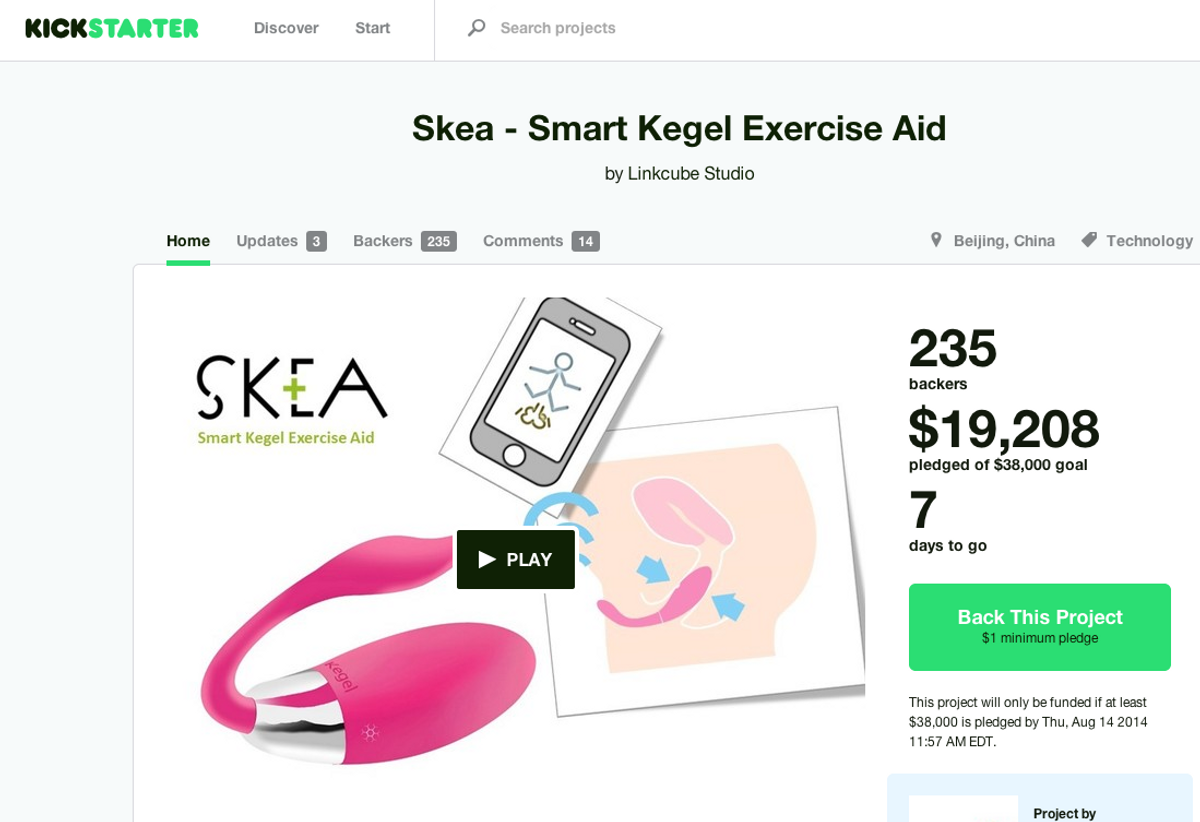 The FitBit never could have been enough. Not when people have genitals in need of exercise. That's why earlier this year we got the kGoal, an "interactive training system for pelvic floor exercise" for women, which provides "vibrational feedback" for added motivation during Kegel exercises.

The genital fitness tracking apps have not stopped there, though: Two new devices -- a Bondara "penis pedometer" called the SexFit and SKEA, an acronym for "smart Kegel exercise aid" -- could join kGoal on the market. But it's not entirely clear whom these new products are meant to serve.

For devices like the kGoal and SKEA, both of which assist women in developing their "coregasm" muscles, there is a clear point: to get women to do Kegels. The exercises are known for tightening and improving muscle tone in the pelvic floor muscles, which can reduce urinary incontinence and increase the size of a male partner's erection. The former benefit is of particular concern for the creator of SKEA, Tom Chen, who came up with the idea for the small swan-shaped silicone device and corresponding (pelvic muscle-controlled) video game after his wife gave birth.

"My wife got urinary incontinence after giving birth to our daughter," Chen writes on SKEA's Kickstarter page. "It sucks! ...  [more than 50 percent] of all women suffer from Pelvic Floor Muscle Dysfunction sometime in her life [sic], regardless of race, religion or Zodiac signs. This evil disease weakens the Pelvic Floor Muscles, which hold up our organs in our belly and also control our bladder."

But what's more, Chen notes, the "evil disease" also has horrifying repercussions for men: "YOUR SEX LIFE IS RUINED." Naturally, this is the real reason women need devices like SKEA.

The devices' male-oriented counterparts, however, don't have quite the same tangible personal improvement-centric goals. They serve almost an entirely different purpose. The SexFit penis pedometer, for instance, is much more similar to the FitBit than either of the Kegel guiding devices. But instead of sitting on one's wrist monitoring steps, the device fits around the base of the penis and tracks the wearer's in-and-out stats. The SexFit has the added bonus of trapping more blood to enhance erections, but otherwise simply records thrusts per minute and calories burned. There's an option to share the stats on social media, so all of a dude's friends can know how he's doing in bed.

While the women's devices can have wonderful sexual benefits for female users -- including regular, stronger orgasms -- the focus on "fixing" some sort of problem for the pleasure of a man is troubling. What's also unfortunate, though, is that the men's devices do little to offer permanent enhancement of men's sexual function; SexBit only enhances erections in the moment. (Men can benefit from pelvic floor muscle exercises, too -- it just helps with a different form of incontinence.) It sounds like a strange call, as making sex better for everyone is better for everyone. But who are these genital fitness devices really meant to serve? If they can be just as sexually beneficial for women as they can be for men, perhaps they should be marketed that way.