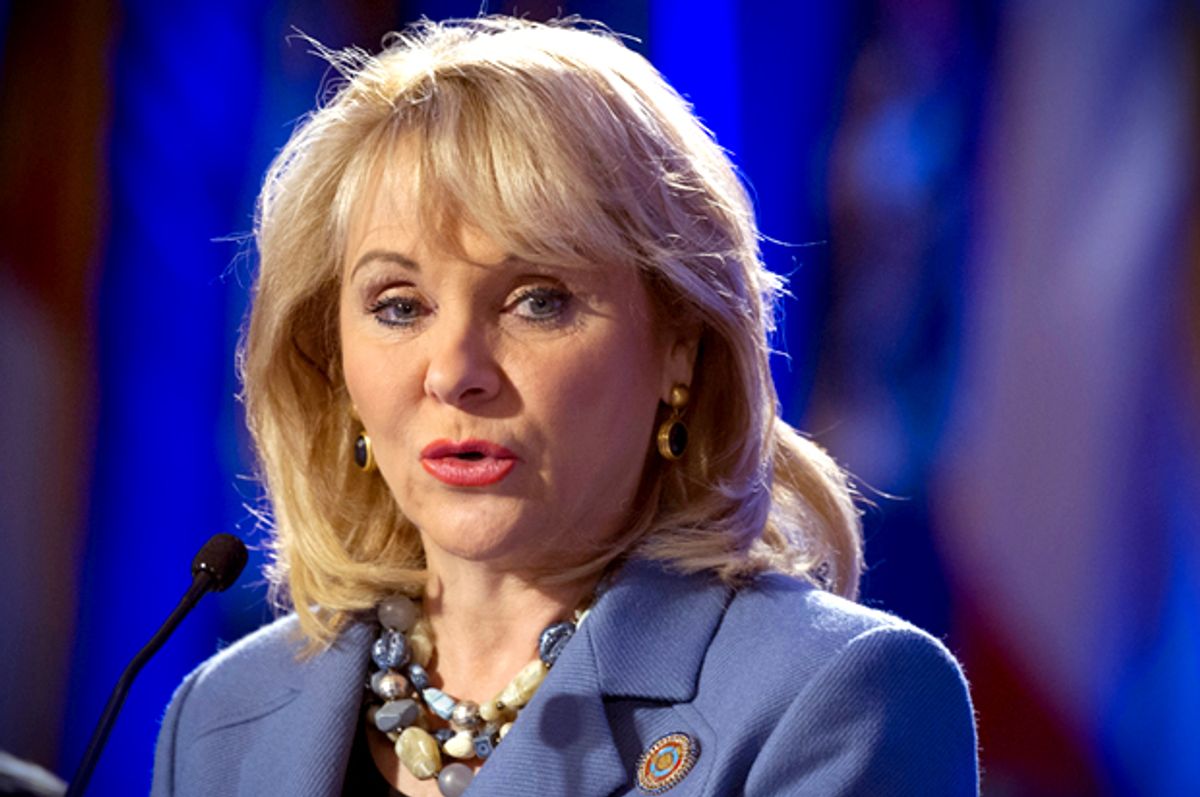 A flyer distributed by the Republican Party of Garvin County, Oklahoma has engendered a significant amount of criticism for being incredibly racist, reports KFOR.

The flyer is intended to promote a fundraising event and is headlined by the state's GOP Gov. Mary Fallin. It promises to feature speakers who will share "things that you may not know about the NRA, Planned Parenthood, Ku Klux Klan and other organizations."

And because it's "Bean Feed" fundraiser, the flyer includes a little drawing of a dancing bean...wearing a sombrero.

"I feel like the GOP gets a bad rap," complained Garvin County GOP head Allie Burgin when questioned about the flyer. He defended it, arguing that the reference to the KKK was included because "part of [the GOP's] mission is to get information out to people" — including information about how there is no link between the state GOP and the KKK.

When Oklahoma Democrats first saw the flyer, they couldn't believe members of the state GOP leadership could be so brazen and shameless in their racism and demagoguery. "I thought, This can’t be real — but it is. It really is," Wallace Collins, chairman of the Oklahoma Democratic Party, told KFOR.

"I think they were trying to energize their base, the Tea Party base, the right-wing nuts; whatever you want to call them," Collins added. "In other words, throw some red meat, raise some money.”

Despite her inclusion at the top of the flyer, Gov. Fallin's office says she had nothing to do with the so-called Bean Feed and attempted to further distance her from the scandal by claiming her attendance at the event was never even confirmed. But KFOR found a Tuesday Facebook post from Burgin, one in which he writes that Fallin was confirmed as an attendee:

Whether or not she had initially agreed to show up to the "Bean Feed," however, Fallin's team now says she will not be in attendance. "The governor is not going to or speaking at that event," Fallin's spokesperson, Alex Weintz, declared. "She would not attend an event where those topics were featured. Our office has nothing to do with that flyer."