Joe Miller's second attempt to represent Alaska in the U.S. Senate is going even worse than the first 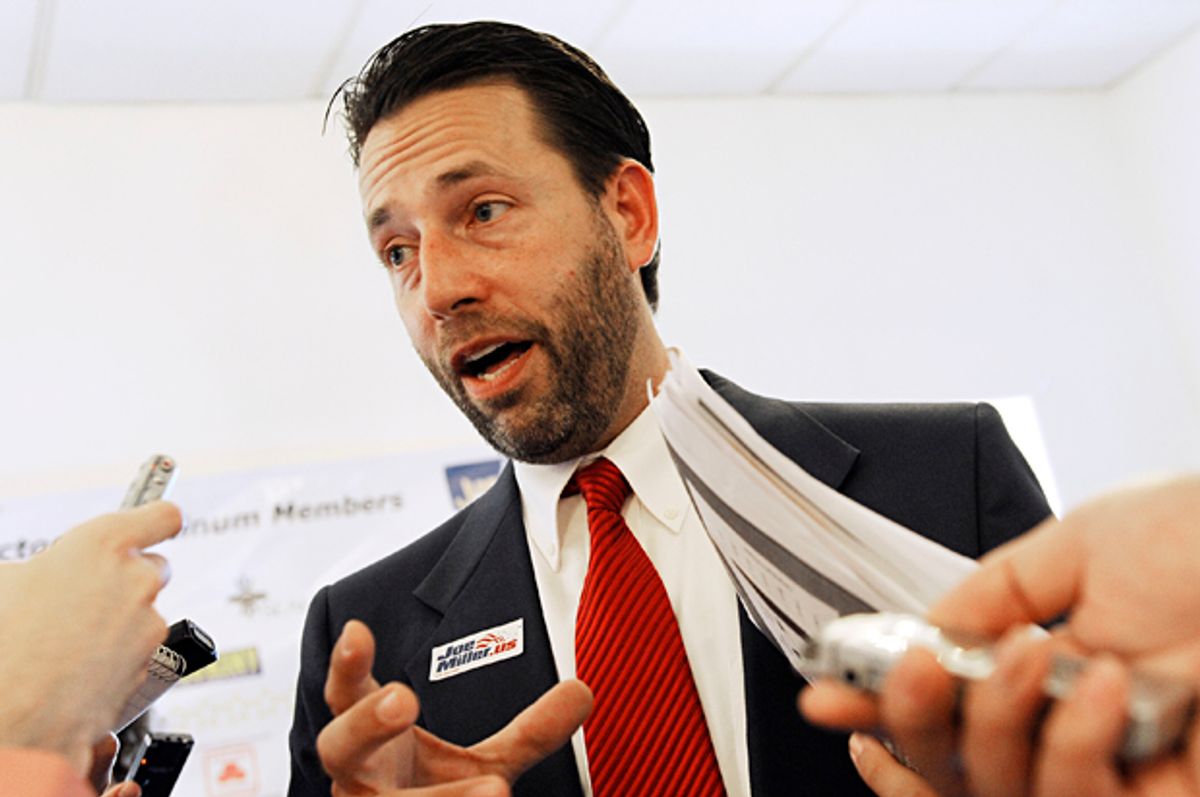 If you spent all of last weekend blissfully living your life without even once coming face-to-face with a campaign flyer depicting Latino people as menacing gangsters covered in tattoos, you probably don't live in Anchorage, Alaska.

Because if you did live in Anchorage, Alaska, here, via ThinkProgress, is what you might've gotten in your mail over the weekend, from former and current GOP Senate candidate Joe Miller: Attempting to defend himself against charges that showing a bunch of Latino gangsters alongside a warning of "20 million illegals" voting to abolish the Second Amendment is pretty racist, Miller said during a weekend television debate that he was simply confronting a "clear correlation."

"If you end up granting amnesty to those who don’t value gun rights, who have not been raised in an environment where the Second Amendment is cherished — is considered to be a God-given right — the reality is over a generation or two, the likelihood is very strong that the Second Amendment will not be here," Miller explained. "We have violent thugs coming across our border and doing violent things," he went on to say.

In any event, those who believed (and hoped) his embarrassing 2010 campaign was the last American politics would see of Joe Miller were clearly and unfortunately very wrong. The good news? He's running third in the GOP primary so — fingers crossed — this may finally be his swan song.