BBC 2 greenlights a series unlike any other 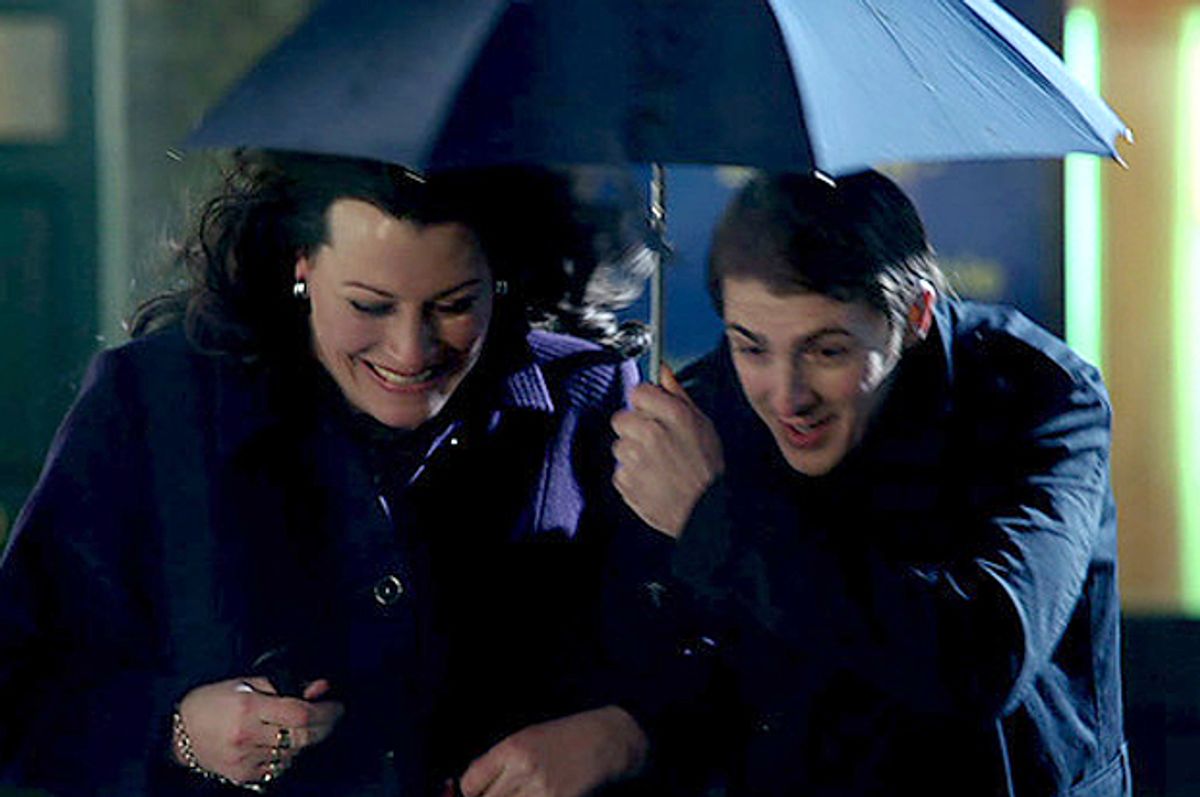 It's a new British sitcom with a twist. In the upcoming BBC Two series "Boy Meets Girl," 26-year-old Leo finds himself falling for a fortysomething woman. That'd be unusual enough in the fictional reality in which Bradley Whitford is married to Malin Akerman and Ed O'Neil is married to Sofia Vergara, but what makes "Boy Meets Girl" truly unique is that the girl in question is a transgender female named Judy.

British Comedy Guide reports that the show originated via the Trans Comedy Award, "a BBC talent search to promote the positive portrayal of transgender characters," and was picked up for development after a pilot was presented at the BBC Salford Sitcom Showcase in March.

Of course, trans characters have appeared on television before, on both sides of the pond. There's been Chloe Sevigny's trans assassin in "Hit & Miss," Rebecca Romijn's scheming Alexis Meade on "Ugly Betty" and Unique on "Glee," all of whom were played -- as often happens in trans character casting -- by non-transgender performers. Amazon's buzzed about pilot "Transparent" has promise, but similarly stars the unquestionably male Jeffrey Tambor as a trans woman. But in just the past year, Laverne Cox and her  groundbreaking, Emmy nominated portrayal of Sophia on "Orange Is the New Black" have opened new doors for trans performers. And behind the next door to knock down is a love story.

Back in April, the pilot's star Rebecca Root – who began her gender transition eleven years ago and has been confirmed for series – wrote, "I knew my acting career could possibly evaporate when I became Rebecca It seemed worth it; as long as I was happy in my body, I could be happy in my work, whatever that might be…. That’s where the Trans Comedy Award and the BBC took such a positive step to promote the trans identity. Here, finally, was a chance for a trans character – possibly even played by a trans actor – to shine in a lead role." On the show, she says, when she does the "big reveal" about her identity over dinner on their first date, Leo "quietly processes the information and then just gets on with the meal. 'Would you like a starter?' he asks. No questions about her body. No inappropriate comments about the toilet. Just so."

Considering the vast amount of educating that still needs to go on in so many regards – the way trans men and women endure invasive questions about their genitals, the way they still, right now, are singled out and vilified as potential child abusers – for a television network to develop a romantic series about a cis man and a trans woman, and to cast a real trans woman as its star, is nothing short of great. Root said in April, "It could be a real game-changer in British TV," but why stop there? It could be a real game changer everywhere. It's not as if we here in the US are immune to the allure of a charming UK show. Besides, it's been like, days, since the One Million Moms had a good froth over anything.

Last year, the show's creator Elliott Kerrigan explained his concept for the series, saying, "I know how important it is to see your life shown on TV in a positive and progressive way. A TV show like 'Will And Grace' meant and still means a lot to me. I could watch it with any member of my family and not feel awkward or like I wanted to watch it by myself in my room. We would never laugh at Will or Jack. We would laugh with them. That's the kind of show I wanted to write." Imagine that. A show about characters who are funny and likely at times ridiculous that also sees them as human and doesn't make fun of them for who they are. That'd be an accomplishment for any sitcom. And if BBC 2 can pull it off, it'll be an achievement to be proud of.