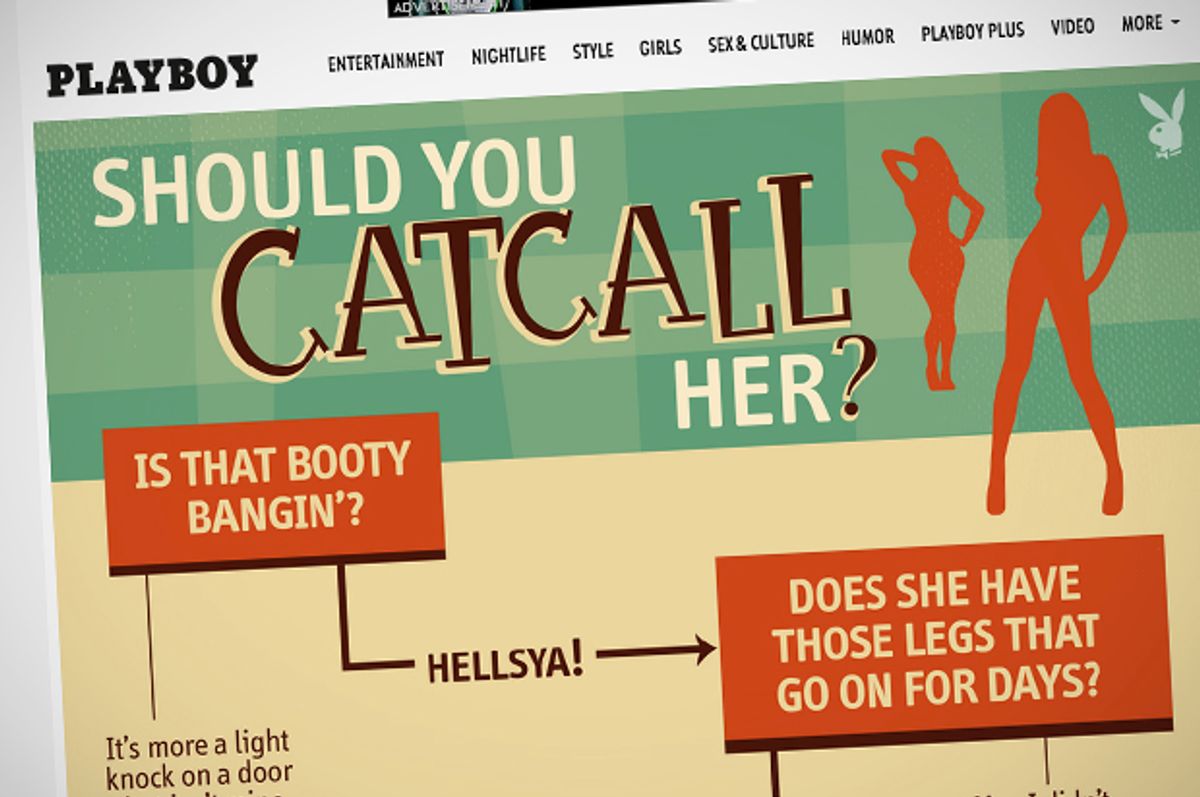 Earlier this week, Playboy announced plans to rebrand its Web content in order to get on the "shareability" train, indicating that the site would focus more on safe-for-work lifestyle pieces in addition to its traditional "girl content" (which has since been shrouded by new front-page items such as "Why Do Guys Like MILFs?"). While the transition to SFW content shouldn't come as much of a surprise (this isn't the first time Playboy has tried to make its site office-appropriate, after all), one article in particular shows a surprising change of tone. The post, a handy flowchart titled "Should You Catcall Her?," is sort of ... well, it's sort of feminist.

The chart explains when it's acceptable to make explicit or sexually suggestive comments to women on the street. Your thought, reader, might be "Never," which isn't necessarily off-base. But Playboy's answer, shockingly, is a bit more nuanced, and offers a concise lesson in consent. The infographic essentially concludes that yelling at a woman on the street is only acceptable if and when she has said, in no uncertain terms, that she would like to be yelled at on the street -- oh, and it has to be a two-way street, so she can yell right back. Unless the woman has said explicitly that it's OK to be explicit -- or unless potential catcallers are interacting with cats instead of human women -- Playboy tells readers plainly, "Nope. Don't do it." Pretty solid advice.

There have been plenty of other helpful guides to avoiding street harassment; Playboy's is not the best. But, considering it was posted on a site that has literally made a joke of consent before, the chart could be a sign that Playboy's new SFW model is more overtly socially conscious than posts that readers are more likely to keep to themselves.