A study has found that the more men toke, the less likely they are to hit their partners 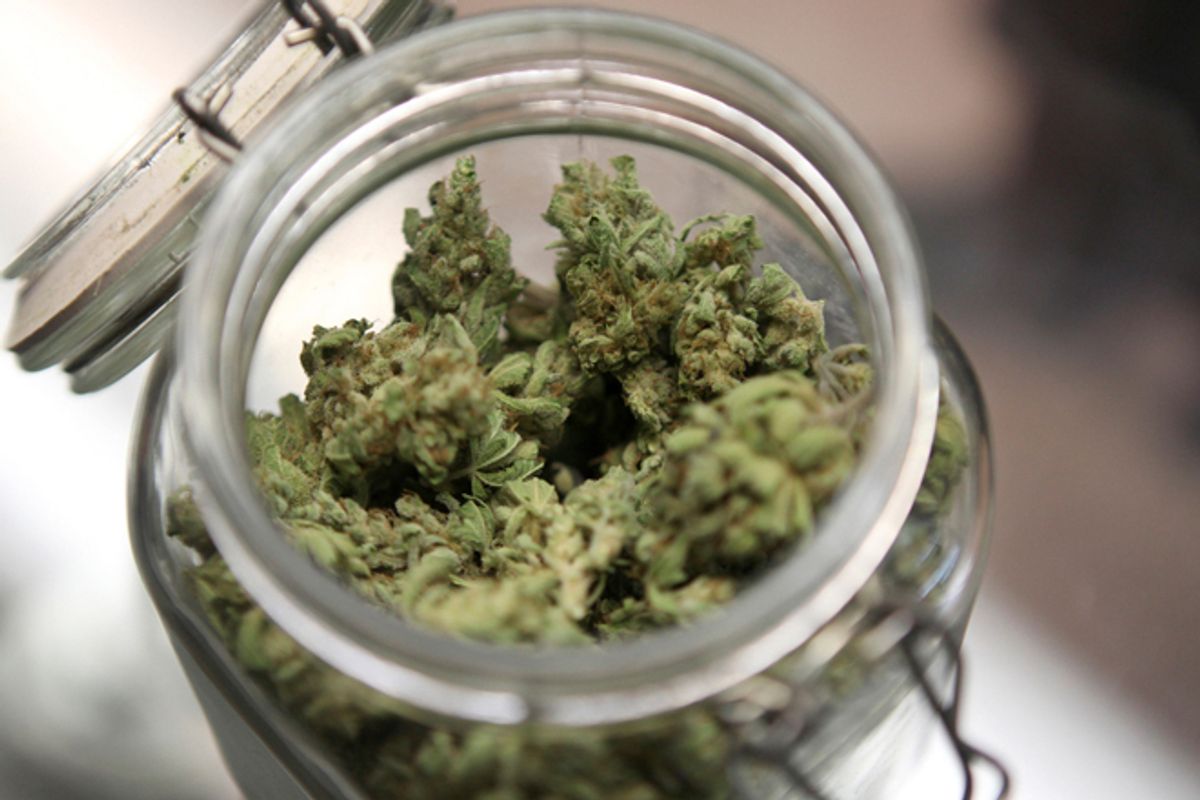 Is telling people to get stoned the key to ending intimate partner violence? No, it's not -- encouraging people to respect others' humanity might be a better place to start. But really, smoking pot might not be a bad way to deter domestic abuse, according to an odd new study in this month's online edition of Psychology of Addictive Behaviors.

Researchers at the University of Buffalo polled more than 1,200 people in an effort to clarify existing studies on the link between domestic violence and marijuana use; earlier research had proven inconsistent by studying couples' behavior cross-sectionally, instead of over an extended period of time. Lead author Philip H. Smith, a psychiatry research scientist at Yale University, looked at data from couples over the first nine years of marriage, and found a significant negative correlation between how much pot people smoke and the likelihood that they'll hit their partners.

The findings did vary by gender, according to a press release:

The relationship between marijuana use and reduced partner violence was most evident among women who did not have histories of prior antisocial behavior.

I won't make assumptions about what other people think when they read these findings, but I will say that my immediate thought is, "Of course a drug that relaxes people is going to make them less likely to become physically violent toward their spouses -- duh." But the study's lead investigator Kenneth Leonard, director of the UB Research Institute on Addictions, notes that the study does not take into account whether marijuana use reduced the likelihood of IPV at the time of use. It measures a long-term trend, for which there could be many different explanations.

"As in other survey studies of marijuana and partner violence, our study examines patterns of marijuana use and the occurrence of violence within a year period," Leonard said. "It does not examine whether using marijuana on a given day reduces the likelihood of violence at that time. ... It is possible, for example, that — similar to a drinking partnership — couples who use marijuana together may share similar values and social circles, and it is this similarity that is responsible for reducing the likelihood of conflict."

It wouldn't be surprising if the physiological responses to marijuana do have some effect on the likelihood of perpetrating physical abuse. But, as Leonard points out, the findings could simply indicate that partners who relate better might be less likely to engage in violence toward each other -- and the relationship doesn't have to be centered on drugs.