Redditors donated thousands to cancer research in Jennifer Lawrence’s name. Too bad she had to be violated first 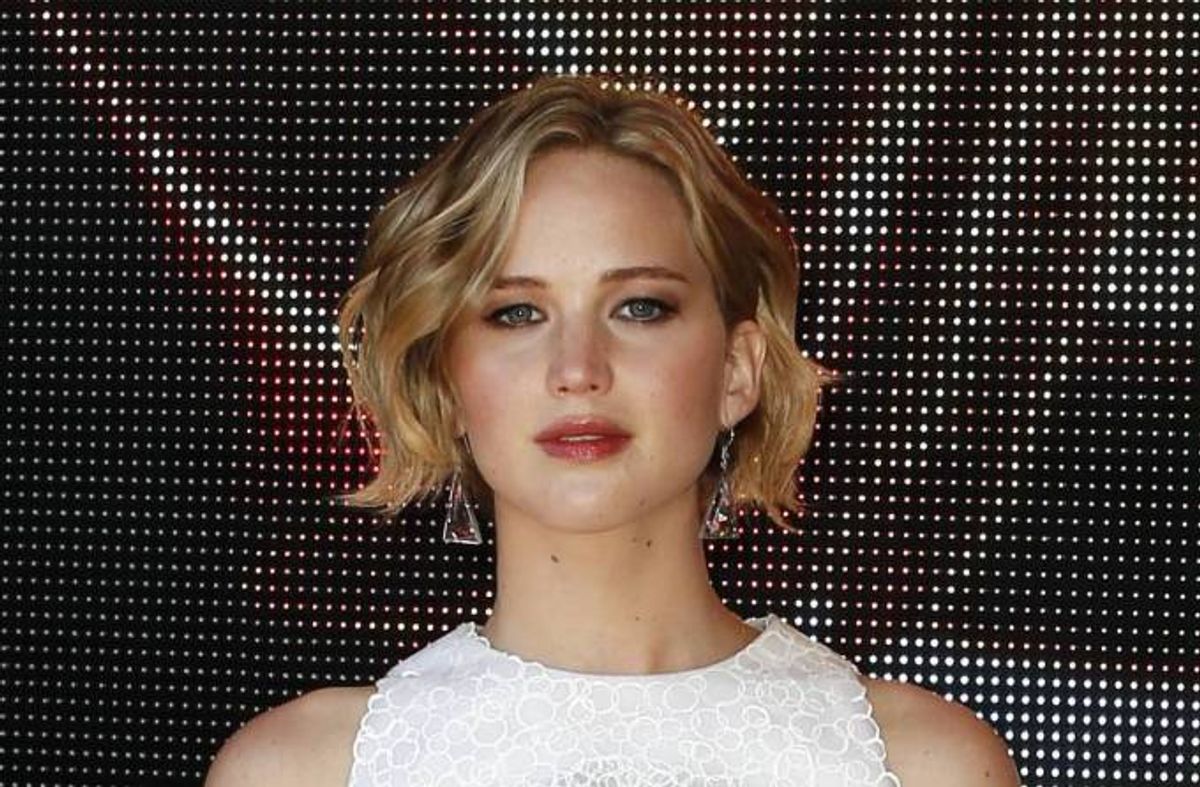 In the wake of a massive leak of several female celebrities’ private photos, a group of redditors decided to make a Big Sick Joke disguised as some sort of perverse silver lining around the incident. But of course.

On Monday, a post on the subreddit “The Fappening” — a page dedicated to chronicling the celebrity nude photos that were hacked and publicized illegally online over the weekend, to which I will not link for that very reason — urged Reddit users to donate to cancer research through a Safeway Foundation $1 million match program page on the Prostate Cancer Foundation website. Why prostate cancer, specifically? Because, Jennifer Lawrence has “contributed” to the fight against the disease before, because masturbation can help prevent prostate cancer, because ha ha ha sad men on the Internet are jerking off to pictures of Jennifer Lawrence and then making jokes at her expense. Get it?

On top of that, though, these Fappening “heroes” have also made a joke of donating to charity and, somehow, turned an act of goodwill into another way to shame women and reinforce rape culture. Initially, I felt inclined to ask why, again, we need buckets full of ice water or nude photo leaks to remind us to be generous toward those in need. But now I’m less inclined to equate the two forms of “charity,” because the latter is no act of charity at all. It’s just another excuse to damn women who were victimized and remove whatever dignity Jennifer Lawrence and the other targeted celebrities were allowed to hold onto. To suggest that donating “in honor” of Jennifer Lawrence suggests that there is honor to be found in totally violating another person’s (or group of people’s) privacy, when that’s just not the case.

The Fappening donation page has since been removed from the Prostate Cancer Foundation’s website, but according to Mediaite the fund managed to raise more than $6,000 before it was taken down. Sure, it’s great that a good cause received an extra boost today. It’s unfortunate that it had to happen out of disrespect and idiocy. If you really want to do something good in honor of Jennifer Lawrence or any of the other celebrities whose photos were hacked, consider researching the charities they do support, and definitely consider choosing not to look at or share their leaked private images. Oh, and you could also just donate to a cause that you support without making light of women’s victimization, because it’s simply the right thing to do.