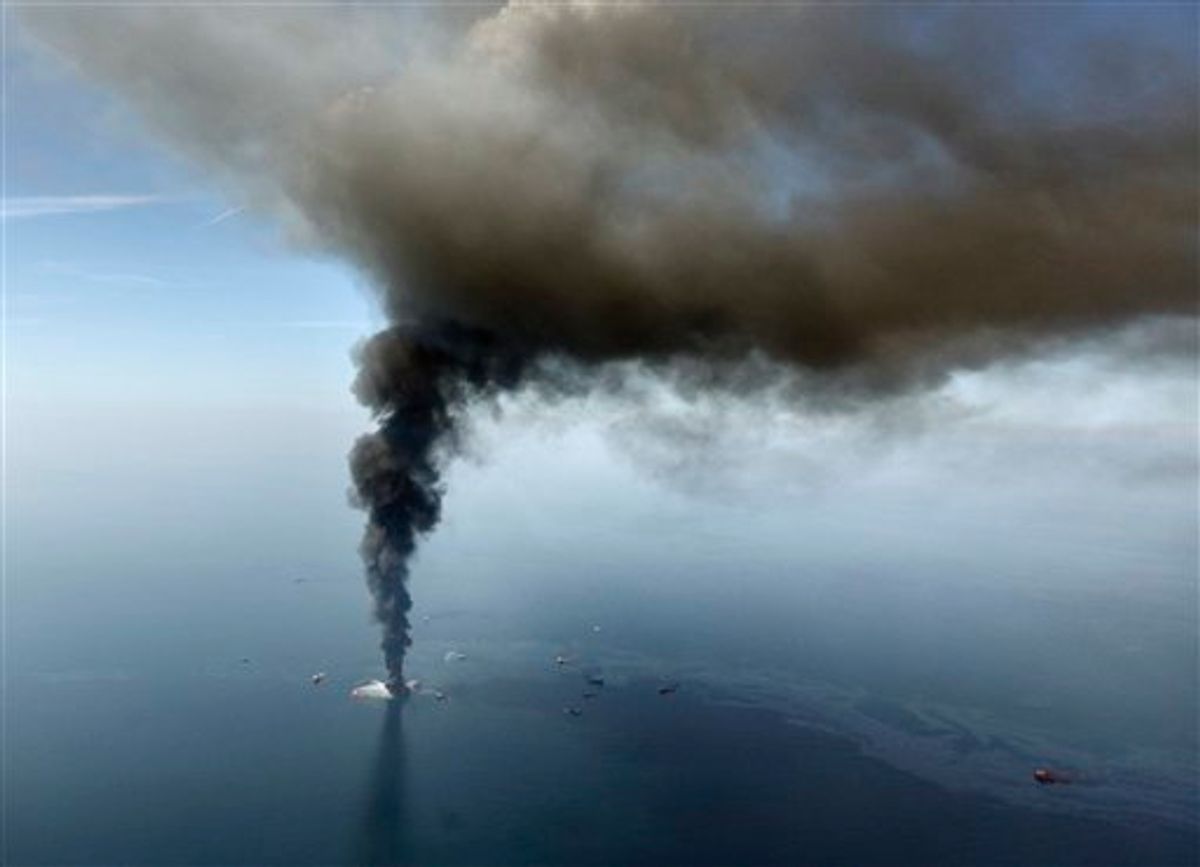 "Gross negligence" and "willful misconduct" on the part of BP was responsible for the 2010 Deepwater Horizon disaster that killed 11 and sent a yet-to-be-determined amount of oil spewing into the Gulf of Mexico, a federal judge ruled Thursday.

“BP’s conduct was reckless,” U.S. District Judge Carl Barbier wrote in his decision, as reported by Businessweek. Transocean and Halliburton were also found responsible, though to a lesser extent.

The decision kickstarts a chain of events that could quickly add up to major fines for the oil company. In the best-case scenario for BP, the judge would have found the company guilty of only simple negligence, which carries a fine of $1,100 per barrel, and would agree with BP's estimation of about 2.45 million barrels spilled, for a total of under $2.7 billion in fines. Today's ruling of gross negligence changes the first part of the equation to a maximum of $4,300 per barrel, meaning the company could be on the line for at least $10.5 billion. If the judge ends up agreeing with government, which argues that 4.2 million barrels of oil ended up in the Gulf over the course of the 87-day spill, that fine could reach $18 billion.

If that's the case, “they would have to sell assets to keep the company afloat,” Fadel Gheit, a senior oil analyst at Oppenheimer & Co., predicted. “It would wipe out all of their cash.” BP, in a 2013 report, said it set aside just $3.5 billion for anticipated Clean Water Act penalties. It's already agreed to pay $4.5 billion in criminal penalties after pleading guilty to felony misconduct in the disaster and has spent over $42 billion cleaning up its mess and compensating victims.

UPDATE: In a statement, BP said it "strongly disagrees with the decision" and plans to appeal.