Why is a pastry on a kid's permanent record?

A family fights over an alleged "gun" incident 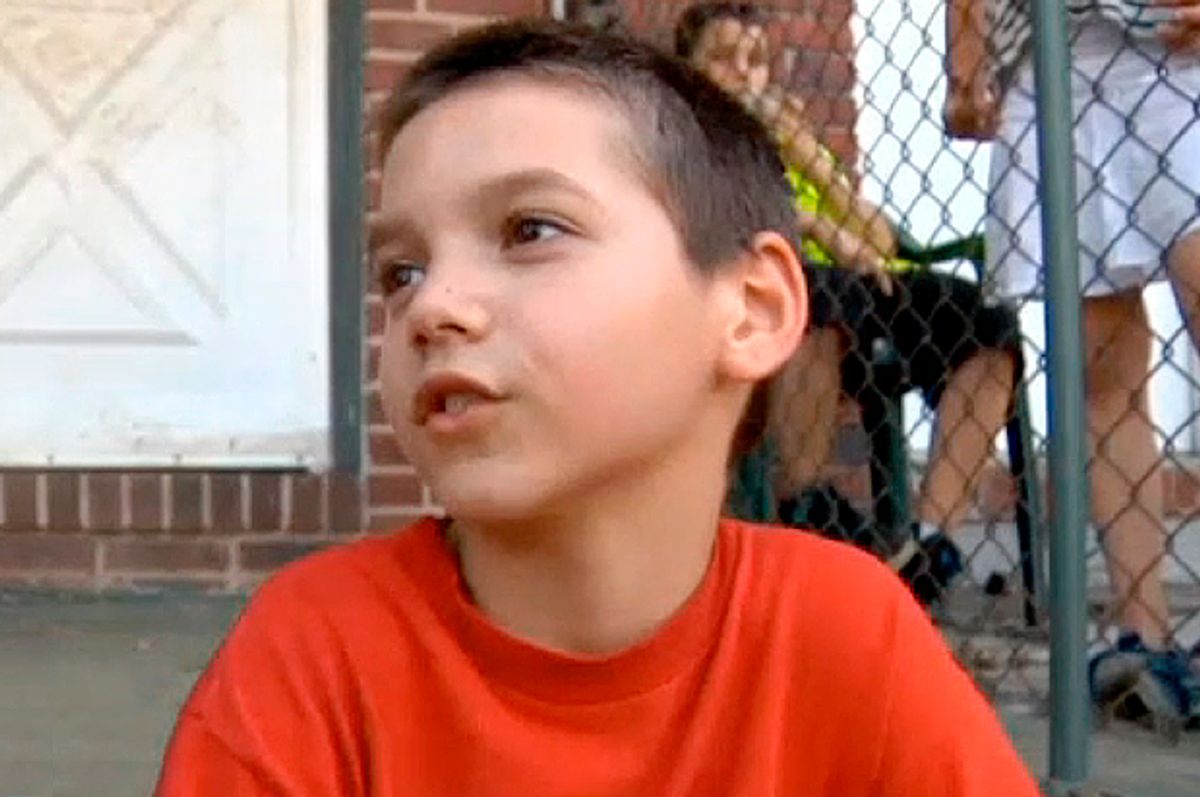 In case you've ever wondered if the whole "This is going on your permanent record" threat from your teachers was a real thing, it is. And as Anne Arundel County student Joshua Welch is learning, once something goes on it, it's not easy to get it cleaned up.

Back in the winter of 2013, Welch, then a 7-year-old second grader at Park Elementary School in Baltimore, was suspended for two days after allegedly chewing his breakfast pastry into the shape of a gun. At the time, Welch claimed he'd been fashioning it into a mountain, but admitted he knew he was "in big trouble" when the teacher got "pretty mad" when she saw it. His family was informed of the incident, and every student in the class was sent home with a letter informing families that "A student used food to make an inappropriate gesture." His father said the school claimed Welch had incriminatingly said, "Bang! Bang!" while brandishing the treat, and, of course, the NRA swiftly seized upon the publicity of the story to give the child a permanent membership.

Now, a year and a half later, Welch's family say the kid's learned his lesson, and that they want the episode struck from his school records. But Bob Mosier of Anne Arundel County Public Schools says that the pastry episode was not an isolated one. "This has never been about a gun, this has never been about a single incident," he told the local CBS news Wednesday. "Even Josh, in his own testimony, acknowledges that it’s not about a gun, it’s about his ongoing behavior." And school board member Teresa Milio Birge, disputing the family attorney's claim that the child had been unfairly "branded" by the suspension, told the Baltimore Sun, "No one would have known about the suspension at all if his father hadn't gone to the news and this case hadn't been public. How is the school system branding him, or is it really you and his father that are doing the branding?" The boy, who is now 9 and attends a different school, reportedly has ADHD.

As a parent, I know what it's like to have kids in the classroom who, whether because of conditions like ADHD or just their innate natures, are disruptive. I have nothing but empathy for families and educators who are working through the school day in challenging circumstances. And it's certainly plausible that there's more to Welch's story than an isolated incendiary act of pastry chewing. However, the fact that a school saw fit to include the incident as part of its grounds for suspending the boy, that it sent home a letter about it, still seems mighty extreme.

I have a friend whose entire family could not be any more mellow and peace-loving. I remember when her long-haired, beautiful son was in preschool, and went through a phase of begging for a toy gun. When he was refused, he tore a piece of paper into the shape of one. "Can we say that it's a hair dryer?" his mother asked. "Sure," he replied. "A hair dryer that shoots people." You know why? Because pretend is pretend. A cardboard box is not a car and a hairbrush is not a microphone and breakfast is not a weapon. It's not even a toy weapon. And while kids need to be taught to behave appropriately, they also need to be encouraged to use their imaginations.