Why is a mom facing jail for helping her teen have an abortion?

The punishing price of abortion restrictions 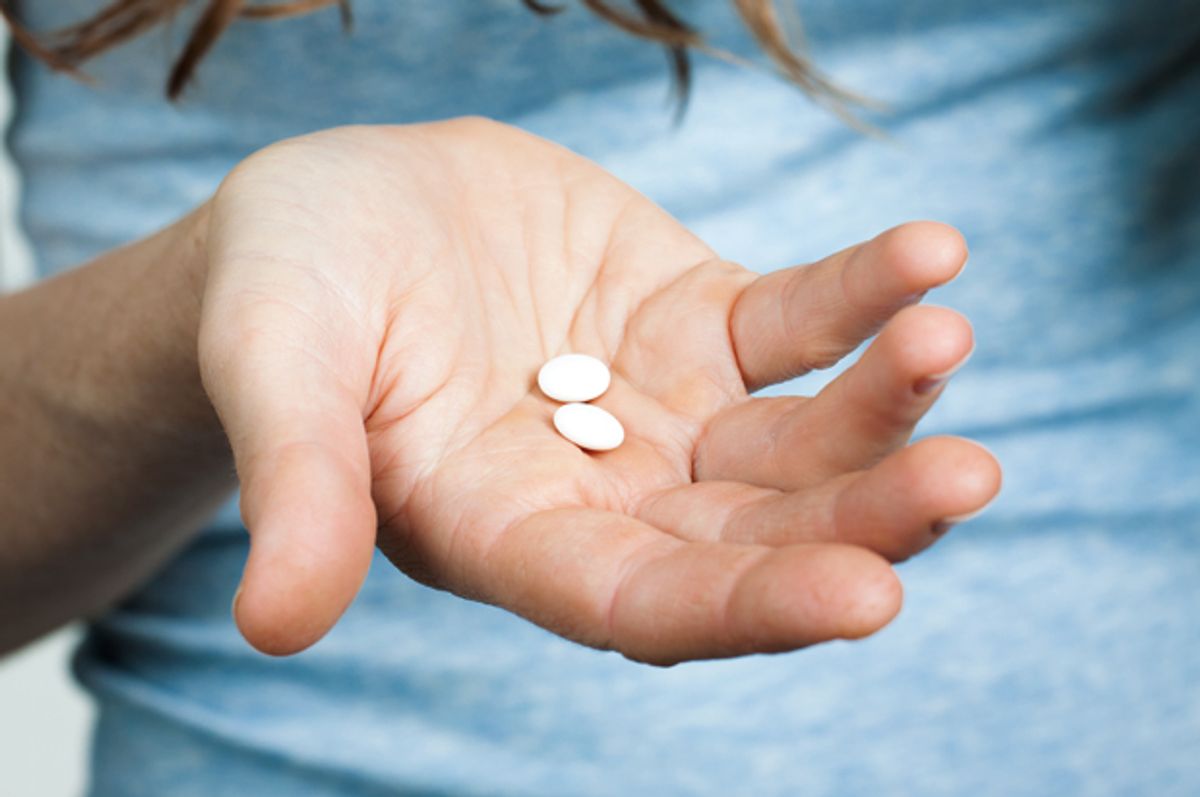 Jennifer Ann Whalen's attorney says that his client's "decision was poor." And for that choice, late last week, the 39-year-old Washingtonville, Pennsylvania, single mother and nursing home aide was sentenced to nine to 18 months in prison after pleading guilty to her offense. Her crime? Obtaining abortion pills from Europe for her pregnant teenage daughter.

The girl became pregnant in 2012 at the age of 16, and reportedly claimed she did not want to have a child. Whalen's actions were discovered when the girl experienced "severe cramping and bleeding" after taking the pills and had to be taken to the hospital and treated for "an incomplete abortion and a urinary tract infection."

Now, in addition to being forever guilty of violating a state law requiring abortions be performed by physicians, Whalen must also pay a $1,000 fine and perform 40 hours of community service once she's released. What would drive a mother to make such the "poor" decision of spending $45 for a combination of Misoprostol and Mifepristone from an overseas vendor?

Maybe it's because Whalen claims she didn't know she needed a doctor's prescription to get the pills. Maybe it's because her daughter doesn't have insurance to cover a hospital abortion. Maybe it's because she says the nearest clinic is too far away, and she didn't want to travel out of state. And though Reuters reports that "The closest abortion clinic to Whalen's home is about 74 miles away in Harrisburg" as if it's an easy commute, Dan Savage rightly notes in Monday's issue of the Stranger that Pennsylvania abortion restrictions include mandatory counseling "designed to discourage her from having an abortion" followed by a 24-hour waiting period. The Guttmacher Institute estimates that 87 percent of Pennsylvania counties have no abortion providers. The state also requires parental consent. At least Whalen's daughter was fortunate to have a mother who supported her choice and was willing to help her.

You can almost understand, especially in the state where Kermit Gosnell practiced for years, the desire to regulate abortion procedures so that they're safe for the women trying to obtain them. You can understand why it might be a logical good idea to monitor the distribution and use of abortifacients. What's appalling, however, and what's cruelly unaccounted for in the harsh sentencing of Whalen, is how disproportionately abortion restrictions like waiting periods affect women of lower socioeconomic means. Why did Whalen make her "poor" choice? Go ahead and assume that a person without health insurance doesn't have hundreds of dollars on hand for a hospital procedure. Assume that one nurse's aide and her teen daughter don't have a surplus of funds. Imagine that it would be difficult and costly for both of them to take two days off to go hang out in Harrisburg for a clinic procedure. And understand that that family's options are vastly different from those of, say, an adult Philadelphia woman with a good income and private insurance.

My two daughters are still young, but they are fortunate to live in a state where, should they ever find themselves facing an unwanted pregnancy, they won't have to endure a waiting period or need parental consent. But if my family was in a different place and different circumstances, it's easy to imagine having to take the same actions for my daughters that Jennifer Ann Whalen did for hers. Choices that would risk their health, choices that would risk imprisonment. And the fact that punitive laws designed to obstruct women from their constitutional rights to reproductive freedom can punish not just pregnant women but the parents who are trying to help them get abortions is vicious and unnecessary. You want to discourage moms like Jennifer Ann Whalen from illegally ordering abortion pills? Make is easier, cheaper and infinitely less shaming for young women like her daughter to terminate their pregnancies safely.