Compare these meals. Now see if you can guess which country is facing an obesity epidemic? 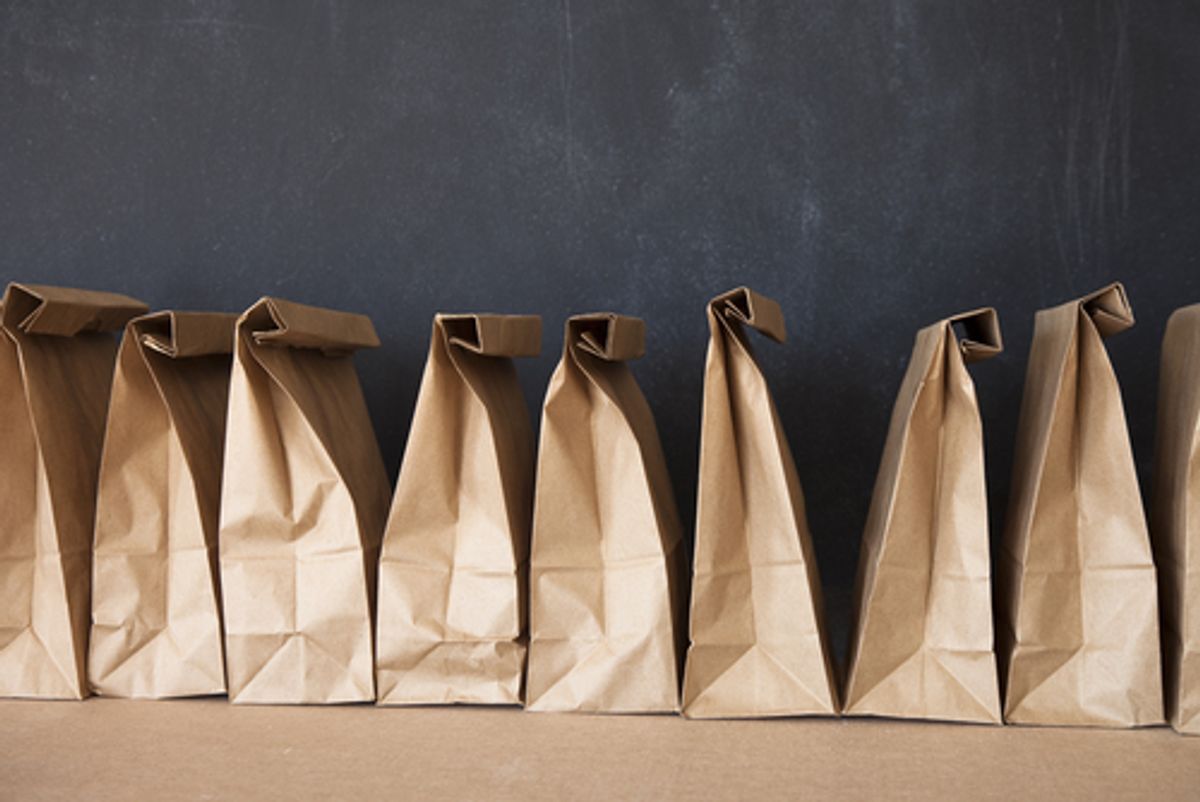 The standard school lunch for an American child often contains dishes brimming with preservatives and sodium. While some schools have completely overhauled their school menus to contain fresh vegetables and grains, others still struggle with meeting nutritional guidelines. But for students in France, it appears that school lunches are the least of their concerns.

Rebecca Plantier moved to a town near Annecy, France to research why French children aren't as overweight as many American children are. The local city council offered Plantier a tour of her children's cafeteria, orcantine as it's known in France, and Plantier discovered early on that if America and France had a school lunch food fight, France would be the overwhelming victor.

In France, lunch menus are prepared two months in advance and sent away to a nutritionist who gives the menu final approval. The nutritionist can make adjustments to the meal, such as suggesting a dessert be swapped for fruit if "she thinks there's too much sugar that week," writes Plantier. Not only that, but lunches are prepared on site. There are no "ready made frozen" meals to speak of, no box-cutters excavating fish sticks or fries; instead, school cooks prepare everything by hand.

Another bigger contribution to French students' healthy disposition? Recess. Students have two 15-minute and one 60-minute recess every day, writes Plantier, and they also have the advantage of walking or biking to and from school, which students only attend four -- not five -- days out of the week.

On Monday, students eat veal marinated with mushrooms and broccoli followed by a cucumber and tomato salad; for dessert, an apple tart. For Tuesday, it's roast beef with potatoes, baked tomatoes and herbs; a cabbage and tomato salad and a kiwi for a sweet dessert. Skip to Thursday and it's tabouleh, sausages and zucchini, an apple and an ice cream. For Friday, students can feast on breaded fish with cauliflower and a pickle salad. Slices of fresh French bread (brought in daily) are served alongside a peach.

Plantier's photos are in stark contrast to some of the undercover work done by American children upset with their lunches, which are often influenced by corporate interests lobbying for more junk food in schools.

It's pretty clear that school lunches in France put Americans to shame, but school lunches in other countries are just as appealing. Students in Barcelona, Spain are served cream-of-vegetable soup and pan-fried veal with a salad and a glass of water, which is also the only permissible drink in Plantier's French school. In Indonesia, school cooks prepare rice with meatball soup, tofu and vegetables. In Pakistan, one principal said if they found a student brought a lunch predominantly of junk food they would ask the parents to "please make a little effort for their child’s health."

If only the U.S. could do the same.