"The Disappearance of Eleanor Rigby": A mesmerizing marriage drama -- in three different versions 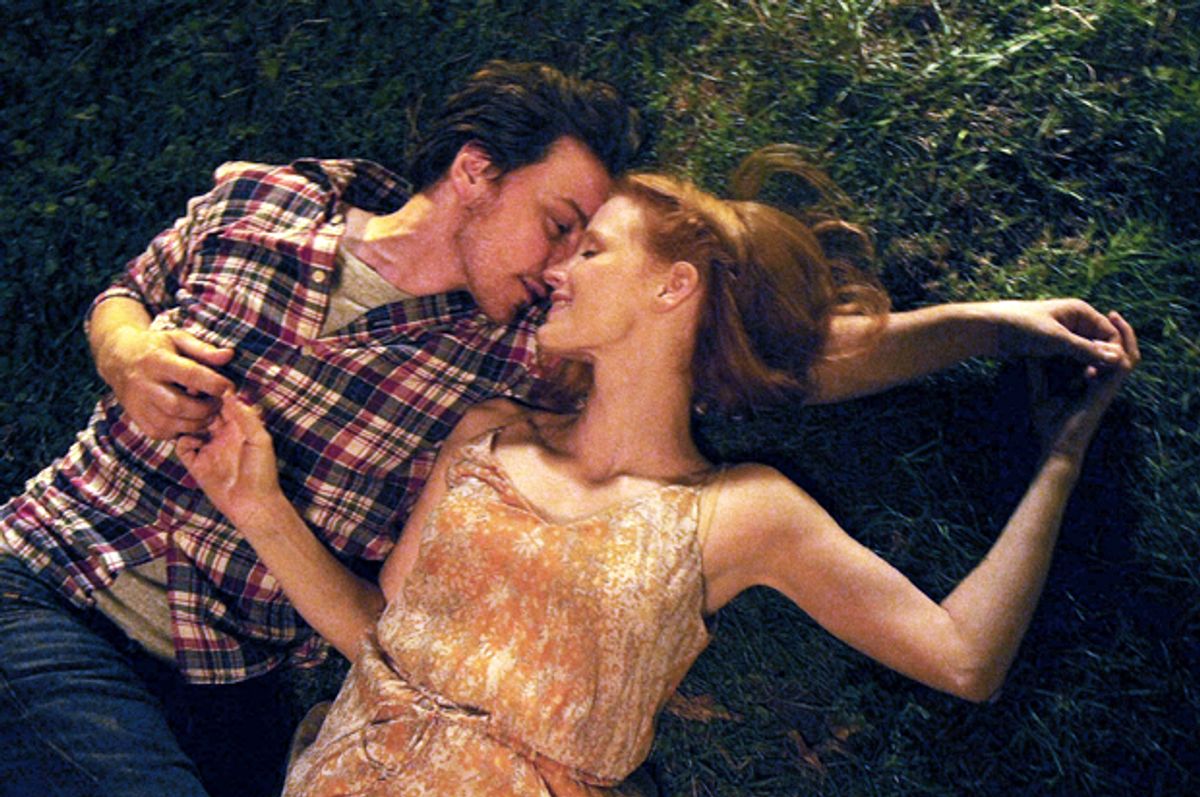 From its title to its tortuous production history to its final bastard-child execution (with illegitimate siblings to match), writer-director Ned Benson’s debut feature “The Disappearance of Eleanor Rigby” is a genuine oddity. This distinctive oddness extends right down into the core of the movie; I’ve seen only a handful of films in my life that were simultaneously so flawed and so powerful. In more than one way, “Eleanor Rigby” reminded me of Kenneth Lonergan’s “Margaret,” a half-failed attempt at a grand epic of post-9/11 New York that also became a cause célèbre and a focus of critical debate. This movie is more intimate in scope, but it also tries to blend heart-tugging melodrama with social realism, and to capture something much larger than the sum of its parts.

While “The Disappearance of Eleanor Rigby” may exist in more different permutations than any American film since the death of Orson Welles, as far as I know they all feature wrenching performances from Jessica Chastain and James McAvoy as a young married couple trying to reconnect after surviving a terrible trauma, surrounded by a rich and diverse cast that keeps on delivering surprises. I would happily have kept on watching the film if it were much longer (an appropriate reaction, as we’ll discuss), was fascinated by every character, large and small, and never had that creeping feeling that I knew exactly where we were headed or what would happen next.

That said, “Eleanor Rigby” also has a major case of ambitious first-film disease, exemplified by the fact that everybody in the movie talks in pretty much the same overly literary and painfully self-regarding fashion. Never having met Ned Benson, I’m not surprised to learn that he’s a Manhattan prep-school kid who went to Columbia, because that’s what all the people in the movie sound like, even if they’re black or French or a waitress at a dive bar. Emotional beats are often painfully earnest and “on the nose,” as people say in story meetings, and Benson has certain screenwriting tics he needs to work out, like the one where someone says something poetic or transcendental in an effort to make sense of the messiness of life, and then retracts it or undercuts himself, as if to offer evidence that the cynical self was watching the whole time. (Not claiming that real people don’t do that too; I do it every day.)

Let’s get back to the most obvious peculiarity, which is the fact that Benson’s film exists in three different versions, each of which will be separately released. The only one I’ve seen to this point, and the one that will be widely available, is subtitled “Them” and is both a highly familiar kind of story and a vivid departure from the modes and moods of mainstream cinema. It’s a marriage drama and/or a divorce drama, one that moves back and forth between the perspectives of Conor Ludlow (McAvoy) and his estranged wife, Eleanor (Chastain). Yeah, that’s really her name, but she was born long after the Beatles broke up: Her parents – who are played by Isabelle Huppert and William Hurt, meaning that I immediately wanted to see a whole movie about them -- met at a false-alarm Beatles reunion, not long before John Lennon’s death.

Can we operate on the presumption that stuff that happens in the first five minutes of the movie cannot constitute a spoiler? Well, I hope so: This version of “Eleanor Rigby” opens in startling fashion, with Eleanor bicycling to the middle of the Brooklyn Bridge and then jumping off, jumping off the Brooklyn Bridge, an event we see (terrifyingly) from her perspective. Benson’s story then proceeds both backward and forward from that event, gradually revealing what pushed Eleanor to that point and also what sort of ambiguous future she and Conor face, separately or together, after she gets fished out of the murky, turbid East River. (A lot of that, these days, is just sediment! It’s not all that polluted.) Yeah, Eleanor survives, although you could say there’s just the faintest suggestion of narrative metaphysics in her “after” story; if she’s not literally a ghost she starts acting like one, angry, liberated and altered both in body and spirit.

As the jumper-cam view of the river may suggest, Benson’s secret weapon in his debut feature is cinematographer Chris Blauvelt (who also shot Kelly Reichardt’s “Night Moves” and Sofia Coppola’s “The Bling Ring”). I can well understand that many people will read a plot description of “Eleanor Rigby” and conclude that they’d rather schedule dental surgery or watch an infomercial about Caribbean timeshares than endure yet another an independent film about the difficult lives of privileged young white people in Manhattan. It’s difficult to put this quality into words, but it never feels like that’s what “Eleanor Rigby” is about. The movie doesn’t reflect any sense of generational specialness, and it embraces the expansive, possibly naive notion that Eleanor and Conor’s lives will seem familiar, in all the most important ways, to yours and mine. As I’ve already said, not every scene or every moment works, not by a long shot. But each one feels like a discovery, a moment of risk for the characters and their creator.

The “Them” version of “Eleanor Rigby,” the one being released this week, is a sort of portmanteau product, apparently insisted upon by Harvey Weinstein, the alternately wise and evil Lorenzo de’ Medici of indie film. Whether wisdom or evil is predominant in this case remains to be seen. A full year ago in Toronto, Benson premiered the first two versions of “Eleanor Rigby,” respectively subtitled “Him” and “Her.” The first focused mainly on Conor and his attempts to reconnect with Eleanor after her bridge dive, with detours into Conor’s work life as owner of a failing restaurant (Bill Hader has a nice role as his chef and best friend) and his relationship with his drunken, distant dad (the ever-marvelous Irish actor Ciarán Hinds).

“Her” was apparently made second, largely at Jessica Chastain’s insistence (she’s a producer of the film), in order to develop Eleanor’s story, including her relationship with her suburban parents, her sister (Jess Weixler) and the standoffish professor played by Viola Davis, a former colleague of her dad’s, who halfheartedly takes Eleanor under her wing. As we learned in “The Help,” Chastain can dominate mediocre material and turn potential caricatures into figures of incandescent passion. So far she’s been terrific in every role she’s taken, big or small, and Eleanor is one of her most complicated, a woman gradually unrolling smoldering layers of loss, love, loneliness and madness. Meanwhile, if there’s such a thing as a great performance in a half-baked role, I think that’s what Viola Davis gives us here. I hope she has more to do in “Her.” (I get why she took the part, limitations and all: How many chances will she get to play a character named Professor Friedman?)

According to the scuttlebutt surrounding this project since those Toronto premieres, Weinstein thought he sniffed an Oscar contender in Benson’s material, but only if the two films were smushed together and whittled down to normal feature length. (“Them” runs just over two hours.) I can’t tell whether it’s an asset or a liability that I haven’t seen “Him” or “Her,” but anyone who cares to will be able to compare and contrast all possibilities soon enough: While Weinstein positions “Them” for that possible Oscar push, “Him” and “Her” will get a limited rollout in October, at least in New York and L.A. and perhaps wider than that. At the very least, this implausible trifecta displays an abundantly talented new filmmaker who has risked everything, including the prospect that we may get sick of him immediately. If you care about the remaining possibilities of American movies, then this one – well, one of the three, anyway! – is a must-see.

“The Disappearance of Eleanor Rigby: Them” opens this week in New York and Los Angeles, with national release to begin Sept. 19. The “Him” and “Her” versions will open next month in limited release.