The "death of adulthood" is really just capitalism at work 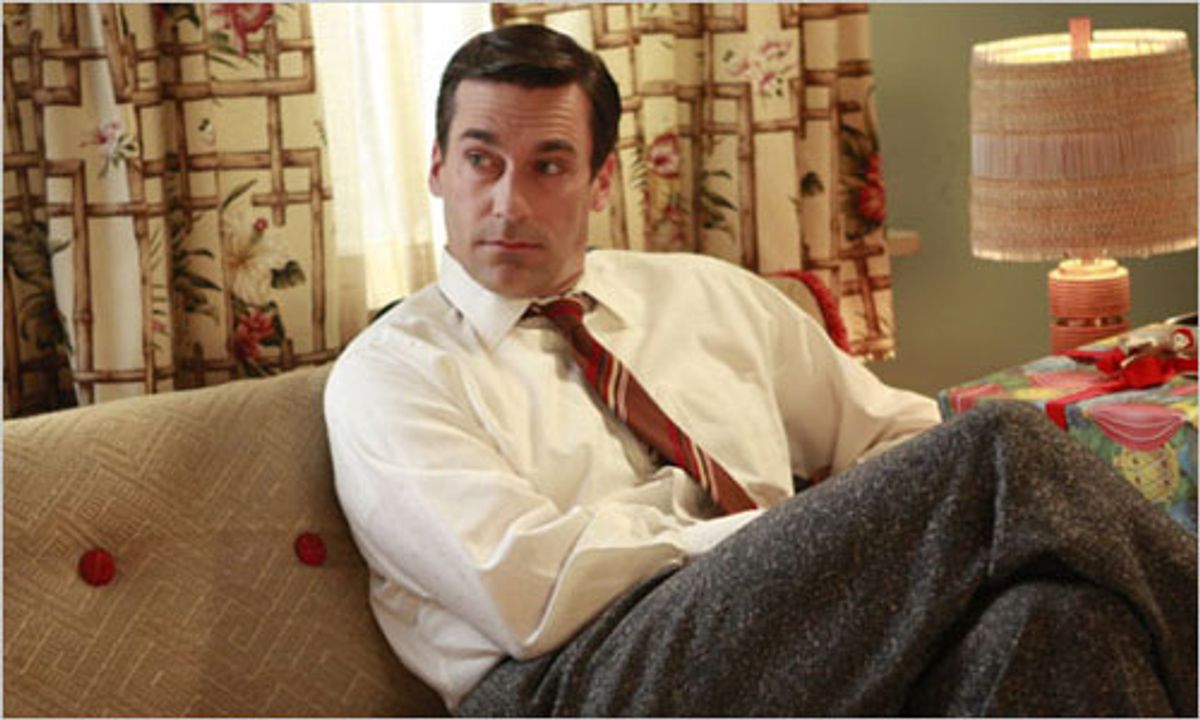 In this weekend’s New York Times Magazine, film critic A.O. Scott writes an extended and provocative diagnosis of what he calls “The Death of Adulthood in American Culture.” It’s a topic Scott addresses with considerable erudition and impressive range, stretching and shaping the idea so that it encompasses the final half-season of “Mad Men,” Leslie Fiedler’s critical study “Love and Death in the American Novel” – a reference that marks Scott (as it marks me) as a literary nerd of a particular generation – the rise of underappreciated TV feminism, and the inarguable fact that “young-adult” fiction has become a deceptive term of art, since it’s widely read by actual adults.

Scott is too smart to get trapped by the most obvious pitfalls in this kind of borderline-reactionary cultural jeremiad, a set of pitfalls that can be summarized with the brain-deadening phrase “David Brooks.” He’s aware that by rooting his essay in the (presumed) impending demise of Don Draper, Jon Hamm’s character in “Mad Men,” he risks defining “adulthood” in terms of a certain model of mid-century masculinity, a model simultaneously mocked and idolized by that show and the model that men of Scott’s generation and mine were raised to aspire to, or to reject, or to do both at once. Scott includes several paragraphs on the transformative force of feminism in contemporary culture, and correctly notes that in retrospect “Sex and the City” may have been the most important TV series of the 2000s. (I should say here that I’m on cordial terms with Scott, but don’t know him all that well.)

You can almost feel Scott manfully struggling to resist lamenting the fact that no one knows how to dress for dinner anymore, or how to mix a cocktail that isn’t some funny color. Even as he complains about middle-aged men wearing flip-flops, or female colleagues wearing plastic barrettes in their hair (the horror!), he tries to fend off charges that he’s a “scold, snob or curmudgeon” with self-mockery, admitting that his instinctual responses to such phenomena are “absurd,” “impotent” and “out of touch.” His piece is full of astute “aha” moments – I particularly admire the connection he draws between the man-child heroes of classic American literature, the anxious bro-comedies of Judd Apatow et al., and the critique of male privilege embedded in the persona of Louis C.K. But by the end he finds himself pinned on the horns of a dilemma, clearly displeased with “the general immaturity of contemporary culture” but not quite willing to reject its ethos of perennial liberation, borderless exploration and “perpetual flux,” no doubt for fear of looking like a hopeless troglodyte.

This fundamental confusion and ambivalence reflects a deep-seated blind spot, I would argue, one that’s endemic to the culture-vulture trade. Scott carefully anatomizes the trees but misses the forest, or to speak more precisely ignores the condition of the soil. There really is something beneath his “death of adulthood” premise, whether or not you like the prejudicial phrase. But to coin a phrase: It’s the economy, stupid. Scott’s essay appears to treat “culture” as a sealed and self-referential system, one that shapes and reflects human consciousness but has only an incidental relationship with economic, political and social factors that lie outside its purview. We have moved so far from the old Marxist view of culture as an ideological “superstructure” erected upon the economic base of society that we now pretend it’s an entirely autonomous force, or a mystical-cum-psychological shadow play that gives “human shape to our collective anxieties and aspirations,” in Scott’s phrase. There are clues in his article suggesting that he doesn’t entirely buy that, and we need to remember that he works at the Times, where critics are not encouraged to venture into contentious ideological terrain or to suggest that they may have political opinions.

Well, if Scott gets to play frustrated English professor in his article, I get to play former college Marxist in mine, and insist that sometimes economic forces really do shape the cultural zone. Real wages have fallen since Don Draper’s heyday, especially for American men and double-especially for the middle-class and working-class white men who were once the bulwarks of the mid-century model of adulthood. We now live in a culture (using the word in its anthropological sense) of diminished expectations and permanent underemployment, where many or most young people will never be as affluent as their parents. Lifetime job security is an antediluvian delusion, and in many metropolitan areas home ownership is out of reach for all but the rich. It’s just as useless to object to those changes as it is to complain about grownups reading Harry Potter books, but certainly those things were the essential underpinnings of classic adulthood, and without them it’s no surprise to see the old order fading away.

It’s all very well to discuss feminism as a force of cultural liberation expressed by Beyoncé, Lady Gaga and Lena Dunham, but for millions of women in the Western world it has also been an economic imperative, one that set them free from some (but not all) traditional expectations and thrust them into a job marketplace where they are often underpaid relative to their male counterparts. This is too complicated an argument to develop here, but I suspect that the “death of adulthood” is so much more evident among men than women because women are still called upon to perform productive labor – the bearing and nurturing of children – that cannot be or generally is not performed by men. In that sense the death of adulthood is just another name for the fabled “crisis of masculinity” we’ve been hearing about for 30 years or longer, in which men often feel that their power has been undermined by ball-busting feminists when what’s really happening is that their economic role has changed and they don’t know what the hell to do about it.

With the outsourcing of most traditional manufacturing jobs and the rise of the service economy, in which most people who work stare into a screen all day -- whether they work at Target or on Wall Street -- has come a set of cultural shifts Scott does not mention. Work and entertainment exist on a continuum with no clear dividing line between the two, and the distinction between producer and consumer has become confused. Indeed, an individual citizen’s most important economic role, in the post-industrial West, is that of a consumer, inhaling goods, products, services and entertainment, as much of that as possible delivered electronically or shipped to your door. (Consumption power has grown even as real income has fallen and inequality has grown, one of the many paradoxes in late capitalism.) Being a producer in the old-fashioned sense comes second if it comes at all. Many of us -- myself and A.O. Scott very much included -- produce things that aren’t even things, and whose exchange-value and social utility are nebulous at best.

I shouldn’t overstate matters by claiming that consumption is an entirely passive activity, and risk a torrent of angry missives from the downtrodden cultural-studies majors of the earth. But to use Scott’s schema, the old-style masculine adult clearly thought of himself as productive first and foremost, even if (like Don Draper) he was actually a species of cultural parasite. The consumer, on the other hand, is a distinctly childlike figure, a dependent who demands pleasurable stimulus 24/7 from the comforting and/or imprisoning info-bubble around him. “The elevation of every individual’s inarguable likes and dislikes over formal critical discourse, the unassailable ascendancy of the fan, has made children of us all,” Scott writes. “We have our favorite toys, books, movies, video games, songs, and we are as apt to turn to them for comfort as for challenge or enlightenment.”

He is right that this happened, but he doesn’t appear to see (or doesn't want to say) exactly how and why it happened. The suit-wearing, gin-drinking 35-year-old Organization Man of 1964 and the couch-bound, action-figure-collecting 35-year-old fanboy of 2014 are dialectical mirror images of each other, economic archetypes called forth by their respective eras. The freedom and autonomy each perceives in himself is better described by some other term, a force of compulsion or overdetermination (there’s the college Marxism again) that disguises itself as liberation from the stodginess of yesteryear. For better or worse, the “crisis of authority” Scott sees in contemporary culture is not a matter of "choosing" to emulate childhood long into adulthood, or to read J.K. Rowling instead of Philip Roth. (A choice for which I cannot blame anyone!) It’s the latest manifestation of the corrosive, creative and revolutionary force of capitalism, which may or may not be in terminal decline but continues to shape us into its instruments.