Arizona GOPer quits after disgusting comment -- but there's a catch

Russell Pearce called for sterilizing Medicaid recipients. It's gross, but here's why the problem's bigger than him 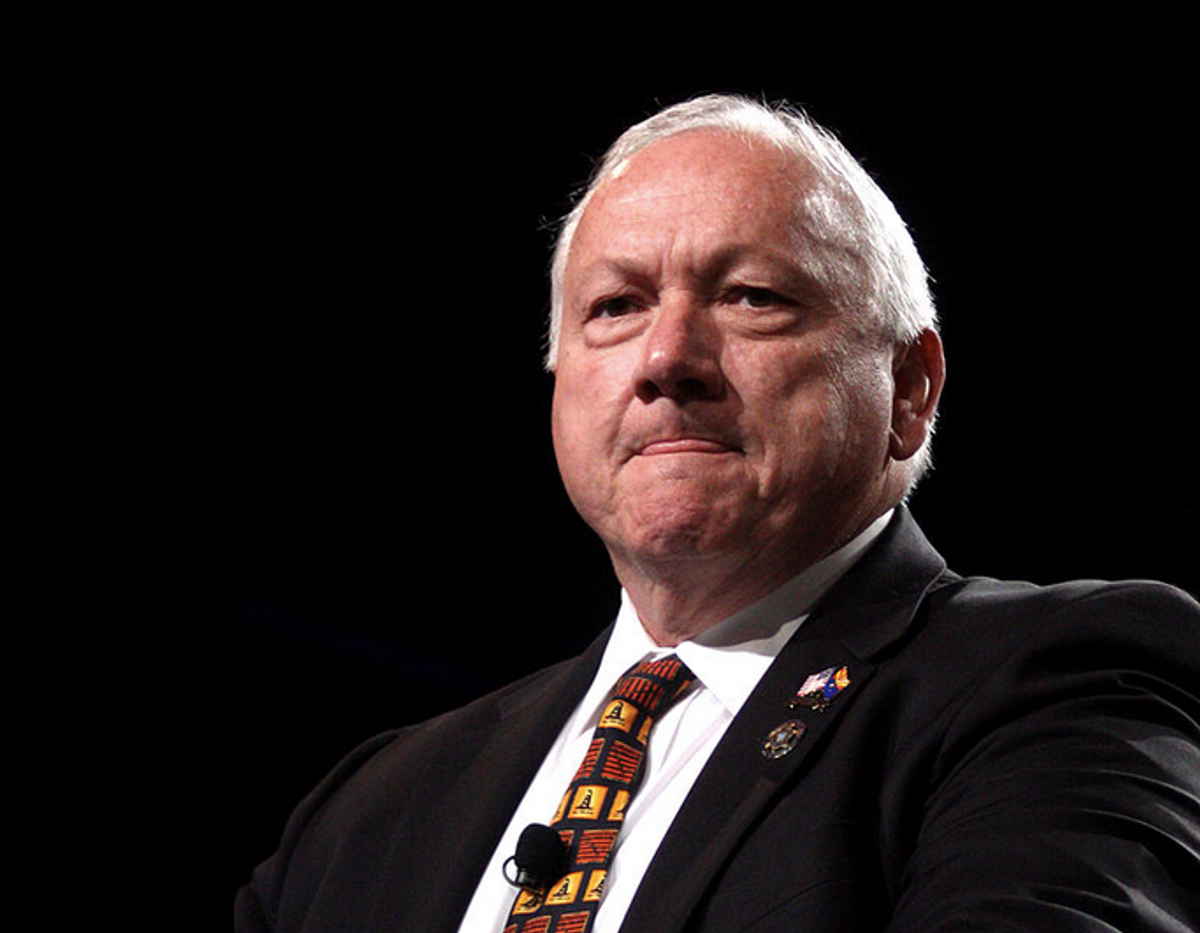 This weekend, the vice chairman of the Arizona Republican Party resigned after his comments about sterilizing Medicaid recipients were publicized by state Democrats. "You put me in charge of Medicaid, the first thing I'd do is get Norplant, birth-control implants, or tubal ligations," Russell Pearce said on his radio show, according to a transcript from the Arizona Republic. "Then we'll test recipients for drugs and alcohol, and if you want to [reproduce] or use drugs or alcohol, then get a job." Pearce is a former state senator, and the author (or co-author, since the legislation was drafted in heavy consultation with the private prison industry) of Arizona's sweeping anti-immigrant law, SB 1070.

Arizona's Republican nominees for governor, secretary of state, attorney general and its Congressional candidates denounced Pearce's remarks. "This was a mistake," Pearce wrote in a statement announcing his resignation. "This mistake has been taken by the media and the left and used to hurt our Republican candidates."

Pearce's proposal was abhorrent, but it also laid bare the dehumanizing logic of Republican programs that punish the poor. If the GOP wants to distance itself from punitive and invasive policies that hurt low-income families, they should look in the mirror and start slowly backing away from their reflections.

A few things here. Pearce's idea isn't new. The United States has an ugly history of forced or otherwise coerced sterilization against people of color, the poor and others considered "unfit to procreate," including rape victims and people with disabilities. Between 1907 and 1980, nearly 65,000 Americans were sterilized under state-sponsored programs. In total, 31 states had sterilization programs that directly targeted welfare recipients. North Carolina recently acted to compensate victims of its forced sterilization program, which specifically targeted black women and children. (And last year, the Center for Investigative Reporting revealed that nearly 150 women in California's prison system were sterilized between 2006 and 2010, often without their knowledge or consent. The state legislature acted this year to end the program.)

That said, Pearce isn't the only Republican to float the idea of coercively sterilizing welfare recipients in recent years. And his proposal is hardly the only assault on low-income families in the state. Arizona, you'll remember, is where Shanesha Taylor was arrested after leaving her children in the car so she could attend a job interview. Taylor, like so many other mothers in the state, struggled to find reliable and affordable childcare after her state representatives gutted programs and funding for such care, as Annie-Rose Strasser of ThinkProgress reported at the time:

In the past four years, [Arizona] has cut 40 percent of its total child care budget, $81 million, which led to an estimated 33,000 children who would otherwise be eligible for subsidized care to go without it. (By the numbers, that’s less than California — but Arizona’s population is about one fifth of the Golden State’s.) Between 2012 and 2013, there was a decrease in the number of children served for every single child care program in the state except for Child Protective Services.

Pearce also proposed mandatory drug testing for Medicaid recipients. Which is not so different than a policy the state adopted in 2009, imposing mandatory drug-testing for welfare recipients state officials had “reasonable cause” to believe were using drugs. According to data from 2012, after nearly 90,000 drug screenings, one person was found to have failed a drug test.

Arizona makes a useful case study, but is hardly the first or only state to impose policies designed to scrutinize and punish poor people for being poor. And Pearce's proposal of forcibly sterilizing Medicaid recipients is just a more extreme articulation of existing policies that punish poor women for having children. Earlier this summer, Slate's Jamelle Bouie wrote extensively about the racism of family cap laws, which deny additional benefits or reduce the cash allowances to families who have additional children while receiving public assistance.

As Bouie pointed out, these policies do very little other than to make poor people poorer and punish black mothers (and are embraced as policy in both red and blue states):

A 2006 report from the Urban Institute found that family caps increase the “deep poverty” rate of single mothers by 12.5 percent, and increase the deep poverty rate of children by 13.1 percent. It’s easy to see how this works. In Maryland, a state without family caps, the average benefit for a single-parent family of three is $574. If, while receiving that benefit, the parent had another child, it would rise to $695, a 17 percent increase. By contrast, in Virginia -- where the benefit for a family of three is $389 -- it would stay the same (as opposed to growing to $451). And when you consider the generally low benefit levels of family cap states -- in Georgia, the average monthly benefit for a three-person household is $280, in Mississippi it’s $170 -- what you have is a recipe for greater poverty.

Given the extent to which welfare families -- like their high-income counterparts -- have a hard time planning their pregnancies, this is little more than punishment for being poor. After all, we don’t have family caps for the mortgage interest deduction.

You'll find the same kind of stigmatizing and punitive policy embraced by Republicans at the national level. Paul Ryan's poverty plan relied heavily on proposals to monitor the behavior of low-income families and punish them for noncompliance with their "contracts." As Annie Lowrey wrote recently over at New York magazine's Daily Intelligencer, the proposal "threatens to punish the poorest and most unstable families for their poverty and instability."

Social programs that monitor and stigmatize low-income families, economic policies that keep women in poverty, cuts to already scarce food assistance programs and a tooth and nail fight to deny people basic healthcare have been disastrous for poor families. The point here isn't to minimize what Pearce said. It's just to connect it to what the rest of his party has done.