It's not a shocker that Miss America worked with Planned Parenthood

Conservative sites are flipping out, but the pageant has a long pro-choice history 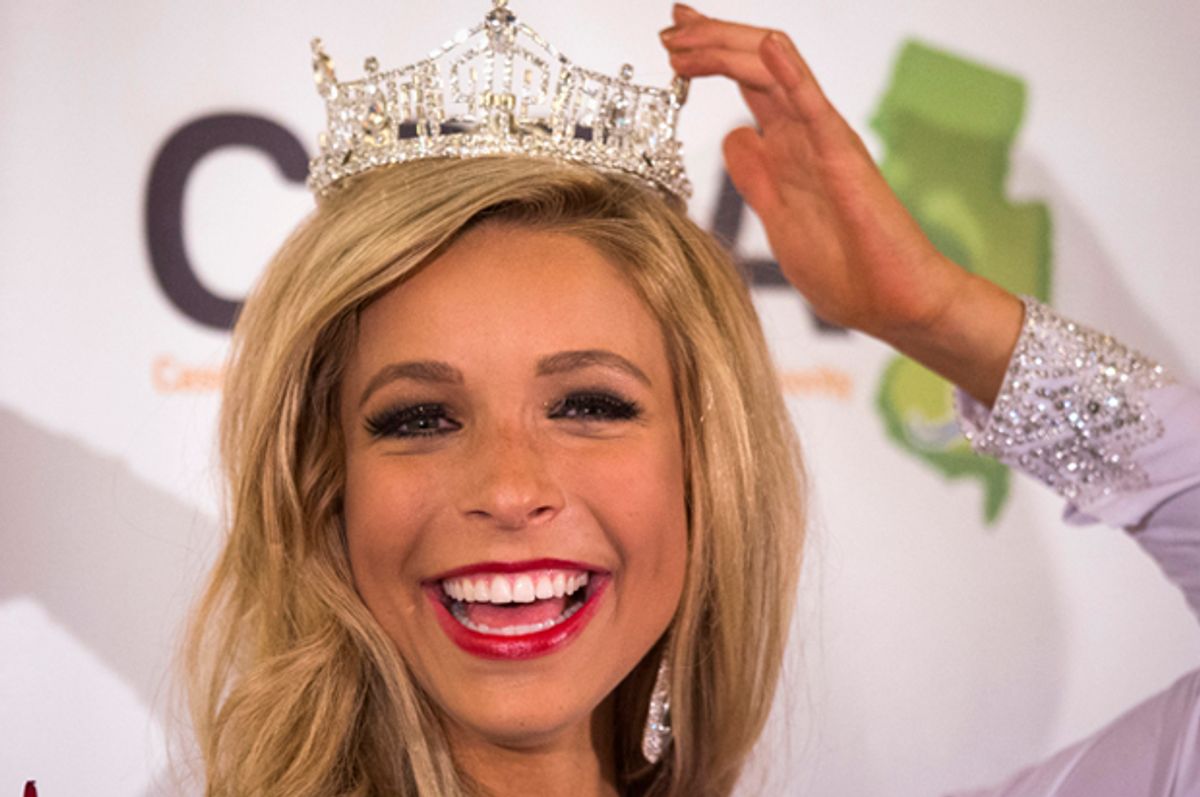 If you thought her less than mind-blowing performance of "Happy" had Miss America fans in a snit, wait till they find out where Kira Kazantsev used to work.

The newly crowned beauty queen has opponents of reproductive choice up in arms this week over revelations that her résumé includes a stint with Planned Parenthood. LifeNews' Steven Ertelt fumed Monday, "The woman representing the nation as the new Miss America interned for the very organization that has killed millions of Americans in abortions." Other conservative sites have also quickly found themselves up in arms over Kazantsev's past – Truth Revolt gasps that "Our new Miss America once interned for Planned Parenthood and she displays it proudly for all the world to see," while Live Action News notes that "The new Miss America is an abortion supporter who worked for Planned Parenthood" and lists "her job duties at the company that snuffs out of the lives of young baby girls." Right on cue, the outrage has now spilled over onto social media, with various patriotic Americans declaring sentiments like, "She should've been disqualified for Miss America." Because the only choice for Miss America is an anti-choice Miss America.

In her LinkedIn profile, Kazantsev mentions a three-month internship with a Hempstead branch of the organization last year. She says she "Assisted delivery of programs in local public schools, teaching children about mutual respect & self-esteem" and "Conducted research on Planned Parenthood Education." Sounds like baby killing to me! More damningly still, she's also interned for Kirsten Gillibrand, who notoriously holds the public position that "a woman's medical decisions should always be made between her, her family, and her doctor - not by politicians." And as an intern for Solidarity Strategies, Kazantsev worked on political campaigns including that of pro-choice congresswoman Annie Kuster.

For the record, Kazantsev hasn't exactly been out there knocking on doors for NARAL. She's simply associated herself with organizations and political campaigns that align themselves with women's health and reproductive autonomy, which does not in fact put her, Twitter troll, in the "baby butchering business." It puts her with the majority of Americans, who support the constitutionality of Roe v. Wade.

And here's another fun fact: Miss America has a long and illustrious history of being on the side of choice. You can go back 40 years and find her there. It wasn't long after Roe v. Wade that Miss America 1974, Rebecca King, spoke openly of her stance. As she later told "The American Experience," "I thought a woman ought to have the right to choose whether to continue with the pregnancy or not." Her perspective remains part of the pageant's own official history, with a note that "Rebecca received nationwide publicity during her tenure for her pro choice stance while a country was torn over the Roe vs. Wade issue." In 1989, the Associated Press noted that 32 of the pageant's 51 contestants identified as pro-choice. Three years later, Miss America 1992 Leanza Cornett unhesitatingly described herself as a pro-choice Christian Republican, saying at her first press conference that "I don't think the political arena has a place for family values." And writing two years ago in the New York Times, 2004 top 10 pageant contender Nancy Redd has described herself as  an African-American, pro choice, pry-my-mascara-out-of-my-cold-dead-hands, proud Southerner. And a feminist."

Got that? Just because a lady wears a tiara doesn’t mean she's a staunch conservative. She can support the work of Planned Parenthood and smile from a float at the same time. And if she embraces causes that are progressive, she's following in Miss America tradition. And that's just beautiful.